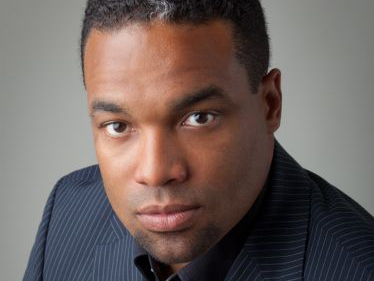 On a cold winter New Year’s morning in New Jersey, 12-year-old Wesley Mallette was in the living room with his mother and siblings watching the Rose Bowl. Young Mallette was captivated by what he saw on the screen: fans and athletes coming together in what looked to him like sunny 70 degree weather.

“My oldest brother said to me, ‘Wes, that’s Pasadena, California and that’s the Rose Bowl,’” recalled Mallette in an interview with The Highlander. “At that point, I knew three things: one, I wanted to play Division I college football, two, I wanted to live in California and three, I wanted to work in sports at a high level. As God would see fit, I have been able to do all three.”

Mallette earned his bachelor’s degree in communications from James Madison University. There, he was a two-sport athlete in Division I football and track and field for a year before ultimately deciding to stick to football. His experiences there as a student-athlete ultimately drove him to seek a career in athletics, this time from an administrative standpoint. After his time at JMU, Mallette went on to earn his master’s degree in journalism from the University of Maryland.

“If I am not in UCR gear, I am in JMU gear. It was unequivocally the best experience of my life being a student athlete at James Madison,” said Mallete.

Mallete’s role as the athletics director is composed of managing the entirety of athletics at UCR, including the hundreds of athletes found across the 17 Highlander sports as well the many coaches and staff who work within the department. Mallete joined the Highlanders in March of 2018, coming from Northern California after having worked with UC Berkeley athletics for some time. His initial role within the Athletics Department here in Riverside was as head of external relations and chief of staff under the former AD, Tamica Jones. There he was responsible for serving as a liaison for the athletics director, as well as overseeing external relations which entailed marketing, ticketing, communications and content creation, to name a few. Mallette stepped into the role earlier this year in January, after former Director Smith Jones accepted a similar position at another university. Despite the uncertainty of who would take her place, Mallette was ready for anything.

“I took the approach of, ‘She is stepping down and she’s heading to Kennesaw State. If I am in the position where I am leading going forward, how do I lead in this moment? What is it going to require? What is it going to take?’” Mallete said. He continued, “‘And if I am not in the position, how do I support whoever is in that position?’ When you play all scenarios out, you are ready for anything.”

Nearing his first 100 days as the official interim director, there have been many challenges for the Athletics team. Mallette came into the athletics director role in the middle of a storm. The ongoing COVID-19 pandemic was already 10 months in, and four months prior, the Budget Advisory Committee had announced their suggestion to cut UCR Athletics in order to help alleviate the financial strain put on by the pandemic. Given everything that had been happening, Mallette knew that the road ahead was not going to be easy.

“When I stepped into the role, I knew the level of responsibility, especially at this point, and how intense things were. I am a firm believer that culture will beat strategy 100 times out of 100. You can have the greatest strategy in the world, but if the culture for the department is not where it needs to be, the strategy will falter. In our situation, our culture is everything, especially during a time like this, when you are trying to hold everybody together, ” said Mallette.

In light of the announcement of the budget advisory committee, Mallette was at the forefront of the #KeepUCRAthletics campaign. He described the campaign as designed to spread awareness and spark a conversation about the “massive budget shortfall” the school was facing and how important sports are to the Highlander community across many levels. Its purpose was to reach as many people as possible by spreading information about the many Highlander sports and the huge impact sports have not only on the coaches and athletes, but on the entire UCR student body. The campaign managed to reach over 300,000 people on social media as well as leading over 15,000 people to sign the petition to keep athletics on change.org.

“The reason I think #KeepUCRathletics is important, if nothing else, is that it shows that yes, people really care about athletics and the importance that it has in your life on campus and beyond. It’s important for the students,” said Mallette.

Mallette plans on staying in the Riverside area for years to come. On May 6, Chancellor Wilcox announced the decision to keep UCR athletics competing at the Division I level. This news was a sigh of relief not only to Mallete, but to the entire UCR community. For the full 40-minute interview, be sure to check out the highlandernews.org/ website.