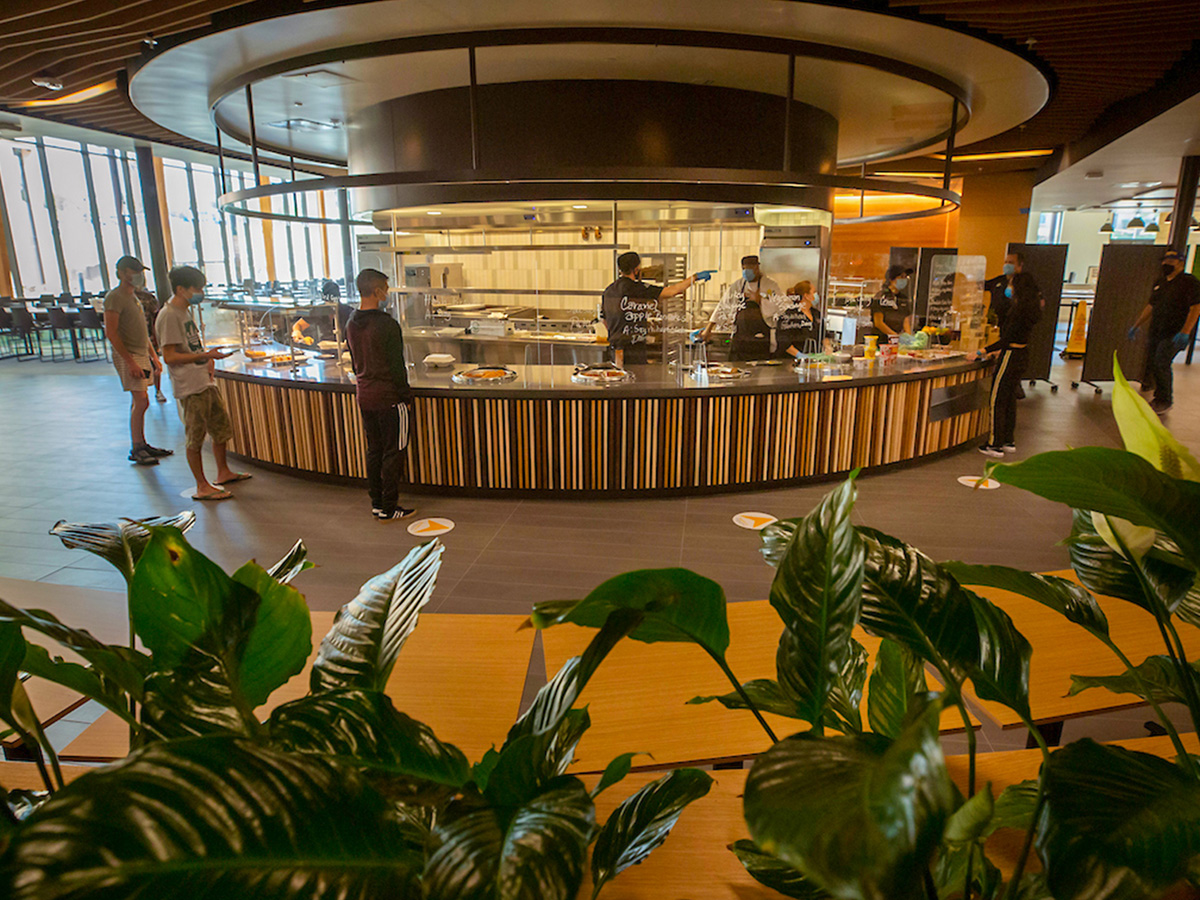 It has been about three weeks since Lothian’s residential restaurant closed due to staffing shortages. UCR Housing, Dining and Hospitality Services made the announcement on Sept. 24 in an email to students that the hall would be closing on Sept. 27 until further notice. The closure of Lothian has left students living on campus with two other dining options: Glasgow and Savor.

Glasgow is a new dining restaurant on campus exclusively for students with a meal plan. The building has two stories with plenty of seating and features a constant salad and soup bar with other meal areas that change daily. The restaurant is buffet-style, and students are allowed to eat what they want. Breakfast, lunch and dinner are offered here. Glasgow just opened this year, and according to an email from UCR Housing, Dining and Hospitality Services, it is “the largest in the UC system.” Glasgow has replaced the restaurant at Aberdeen-Inverness, which will no longer be in service.

Savor is a take-out dining option at the Glen Mor Market that has a smaller menu. So far, their menu has remained the same each week, but each day corresponds with different options. Students with a meal plan can use a meal swipe to receive one main entree, two sides and a drink. Those without a meal plan can also eat at Savor and pay accordingly.

To accommodate the influx of students used to eating at Lothian, Glasgow has extended its hours so that it opens 30 minutes earlier during dinner time at 4:30 p.m. on Monday through Friday. Students who dine at Glasgow, however, are still unhappy with the closure of Lothian.

“Lothian was better; there were less people there,” states first-year business economics major, David Sanchez. “Glasgow is rushed, and it affects the quality of the food. Sometimes, it is undercooked.”

Sanchez and his friend, first-year undeclared major, Oscar Ramirez, both applied to work with dining services due to the lack of staff.

“We applied two weeks ago and haven’t started yet,” stated Ramirez. “We asked to be placed at Lothian, but we were told we would be placed at Glasgow.”

Other students miss the unique environment that came with eating at Lothian.

First-year environmental engineering student, Melan Penguin, expressed her distaste for Glasgow stating, “We miss Lothian. It was homier, and it was relaxing to eat there. Glasgow has too many people, which makes it overwhelming to come.”

“We live in Lothian so it was more convenient,” added Janine Lopez, a first-year chemical engineering student and friend of Penguin’s. “We have to plan when we come to Glasgow so there’s no rush.”

Staff at Glasgow are also adapting to the change and the new influx of students.

Fourth-year biology major, Adrianne Ngoon, previously worked at Lothian but was moved to Glasgow to assist with staffing.

“During rush hour, the line wraps around the building,” expressed Ngoon.

Dining did not inform employees on how long Lothian would potentially be closed.

Along with the UCR dining halls being understaffed, several HUB restaurants are also in need of employees or are closed as a result of staffing issues. Both Subway and Hibachi-San have yet to open this school year along with other Scotty locations.

Posted outside Subway is a sign that reads, “Due to extreme staffing challenges, this location is temporarily closed. We will reopen as soon as we can!”

Other restaurants like The Habit are currently open but are in need of more assistance. A help wanted poster has remained outside of The Habit since classes began.

The issue of restaurants and other establishments being understaffed or forced to close is not only an issue at UCR, but is state and nationwide. After businesses began reopening in the U.S., as a result of COVID restrictions loosening, many business owners were faced with a lack of people applying.

A large portion of the working class lost their jobs due to the pandemic and are not ready to return to work. Some still fear getting sick, and others are unhappy with the minimum wage pay or hours being offered after facing economic hardships this past year. Others changed their career goals during this time and have left a gap in the service industry. This shift in laborers not necessarily wanting the jobs available has the potential to lead to businesses offering better working conditions, rights, pay and benefits.

At UCR, students are anxiously awaiting the good news that Lothian’s dining restaurant will reopen. As a response, some have already applied to become staff, but more workers are needed.

Students looking for an on-campus job should consider one of these dining service positions. Those interested can apply at dining.ucr.edu/employment.