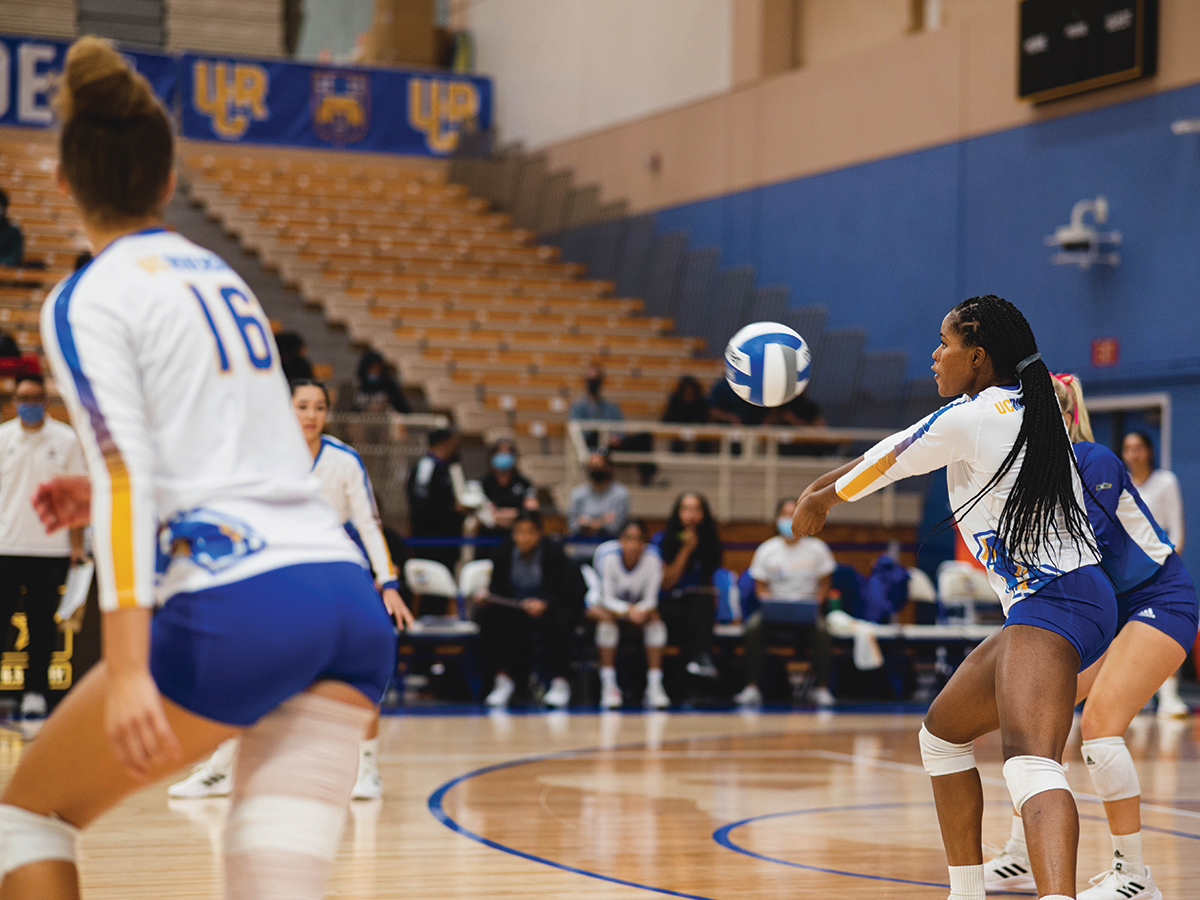 The Highlanders experienced a crushing defeat at the hands of the Aggies in three straight sets. UC Davis hosted the game between the two teams last Tuesday, Oct. 26, 2021. With their loss, the women’s volleyball team now holds a record of 5-15-0 for this season.

As the referee blew the whistle, the Highlanders had the first serve to officially start the game. Although the Aggies scored the first point, the visiting team responded immediately with a point of their own. The Highlanders were down to as much as 9-16 in the first set, but they were able to make a headway as they trimmed the score to 16-20. Despite their best efforts to take the lead, they lost the first frame with a score of 18-25.

As the second set began, the Highlanders maintained their team spirit as they went back to the court. After a 0-6 scoring run by the Aggies, the visiting Highlanders got their momentum back as they closed the gap to the tune of 15-16. They had a total of 10 kills during this set, the most among all three sets that they played, but were unable to keep the pace. Multiple errors were made by both the offense and defense, but their spirit was not dampened by them as they continued to attack, totaling 36 attempts by the end of the set. However, UCR ended up losing with a score of 16-25 after an attack error by the Highlanders, giving the last point to the home team.

The Highlanders finished with the least amount of total attempts during the final set. They started the first set with a total of 40 attempts by the team, which sizzled down to only 24. They had the least amount of kills at seven but still had six attack errors as they ended. Deja Bickers, jersey No. 16, gets the final kill of the night for the Highlanders and puts the score 14-22. The last point for the visiting team would be from a service error as Alexa Hogan from the Aggies deals the final score of the game, ending the set with 15-25.

The Highlanders were tenacious throughout the night, but the breaks of the game were not in their favor. All in all, they had a total of 100 attacks with 26 kills. However, the offense experienced multiple mistakes throughout the game, accumulating a total of 18 offensive errors towards the end. They gave up points from four service errors, but their defense did an amazing job of keeping the ball in play with a total of 53 digs. Anya Green, jersey No. 11, had a great night as she led the team with six kills, followed by both Deja Bickers, No. 16, and Amarachi Osuji, No. 8, with five each. The head coach of the Highlanders, Michelle Patton Coleman, understands her team’s potential and remains optimistic that the team will make improvements. “Our team has a good grasp on what needs to be done to improve and also understand that they have power in that by how they show up for each other each day,” she stated in complete support for her players. “Adversity is an opportunity for growth and we are gaining valuable experience each time we play.”

The women’s volleyball team has seven games left for this season, with the next game being held at Honolulu, Oahu. They will go against the University of Hawaii Rainbow Wahine on Oct. 30, 2021. The Highlanders are hoping to go to the Aloha state with a different mindset and come back home with a victory.