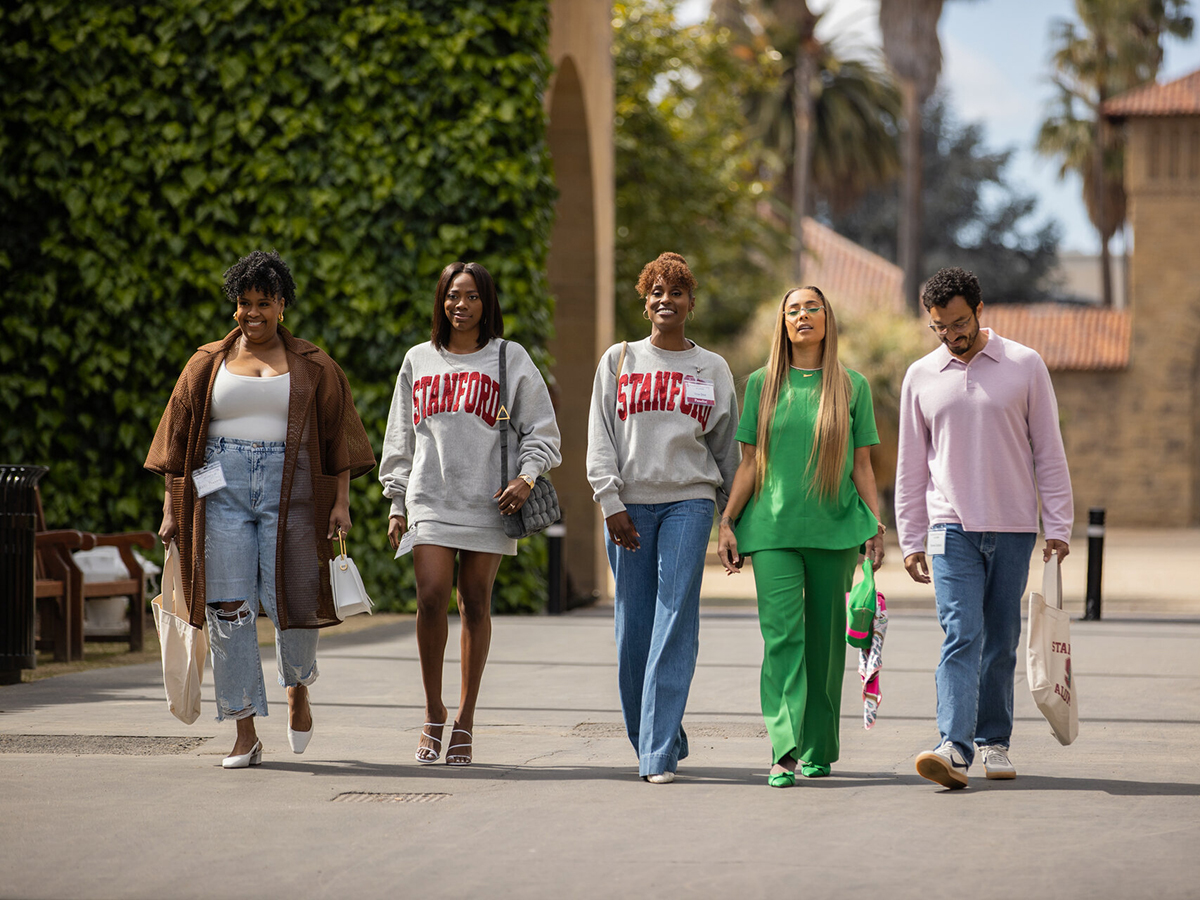 Art can simply imitate life, but it is excellent art that can build a world to reflect our innermost desires, feelings and experiences. “Insecure” is a loosely biographical television show created by actress, writer and producer, Issa Rae. Over the course of its five-year run, critics and audiences alike have raved — it is not commonplace for a corporate entity like HBO to invest in and provide a platform for a show that centers a pair of upwardly mobile, Black women from Los Angeles, navigating careers, failed romances and general adulthood. Needless to say, “Insecure” is nothing short of refreshing. On Oct. 24, the first episode of the series’ final season premiered in a poetic prelude to Issa Rae.

In 2011, the precursor to “Insecure,” Rae’s YouTube web series, “The Misadventures of Awkward Black Girl” became one of the most widely acclaimed web series of its time. Rae was just a college student at Stanford University when she began merging her love for visual storytelling, rapping, acting and script writing. It displays unparalleled comedic timing and a personal narrative authentic to Issa. ABG was made possible primarily through crowdfunding and is now considered a bonafide cult-classic. The scope of her talents would not be fully realized until her next project, “Insecure.”

Season five, Episode one entitled “Reunited, Okay!?” centers around the fictional Issa and Molly, played by Yvonne Orji in attendance at their Stanford University 10-year reunion. The two are joined by fan-favorite, Kelli, played by Natasha Rothwell and series sweethearts: Tiffany, played by Amanda Seales, and Derrick, played by Wade Allain-Marcus, round out the ensemble friend group.

Issa has been invited to speak on a panel as the entrepreneur and CEO of her brand-new company “BLOCC.” The running gag in the first half of the episode is that Issa continues to forget the acronym she came up with for her company. This season picks up shortly where it left off at the end of season four. After the explosive falling out between the two main protagonists in the previous season, viewers are now walking side by side in this new chapter with Issa and Molly as they work to rekindle their relationship. And it is painfully awkward.

The episode continues with a panning shot of Stanford’s main corridor transitioning our cast to the first night’s main event. Oakland rapper Too Short’s signature record, “Blow the Whistle,” overlays the on-screen happenings of Stanford alums having drinks and mingling. There’s even a flute player synchronizing the whistles from the track, an ode to the rich culture of Black marching bands at the collegiate level. The invigorating, pulsated beat perfectly sets the ambience.

Issa and Molly run into an old friend, Cheyenne, played by Taja V. Simpson. The group reminisces on their former rap trio, “Trap Habit,” to which Tiffany surmises “ain’t never seen the trap.” Cheyenne, who dropped out of university to go on tour as a backup dancer for R&B entertainer Ciara, brings the group up-to-date, noting that she was just in a music video with Saweetie, to which Molly muses, “I love her, she be eating good!”

The series is undeniably about an upwardly mobile Black American experience. The characters are not from the “trap” otherwise known as the “hood.” They are not faced with the systemic issues of living below the poverty line and have held a particular position of privilege throughout the show as college graduates from a prestigious university. Issa even has a conversation with her reflection in the mirror, a recurring practice throughout the series, with her former-undergraduate self. “Young Issa” had braces, an item of increasing luxury in the current economic state and definitely a rare commodity for someone who might have actually been raised in the “trap.” “Insecure”‘s purpose is not dedicated to telling that story, though.

Even so, contrary to declarations from the growing social media fan base, “Insecure” is not without its fair share of Black-trauma. From unforeseen baby mother revelations to carrying the weight of micro-aggressions by coworkers and the gender-wage gap, which disproportionately affects Black women. What sets this show apart is that these issues are delicately woven into the lives of these characters, they are not the epicenter of their arcs along the series’ plot, a testament to great writing.

Melina Matsoukas directed this opening episode, and many other episodes throughout the series. She has received critical acclaim for her directorial work on “Formation” from Beyoncé’s visual album “Lemonade” and Rihanna’s “We Found Love” music video. Similarly, musicality is a staple in setting the tone of each scene in “Insecure.” Few have mastered visual storytelling to the extent Matsoukas has, as the transitional shots in this episode are stunning and seamless.

Verdict: If the first episode is indicative of anything, it is that the supporting characters who have helped push the plot forward up to this point may now have a chance to become fully developed as the show reaches its final season. Through the laughs, the shocks and the foot-tapping and head-nodding soundtracks, Issa Rae continues to illustrate the humanness of being insecure.