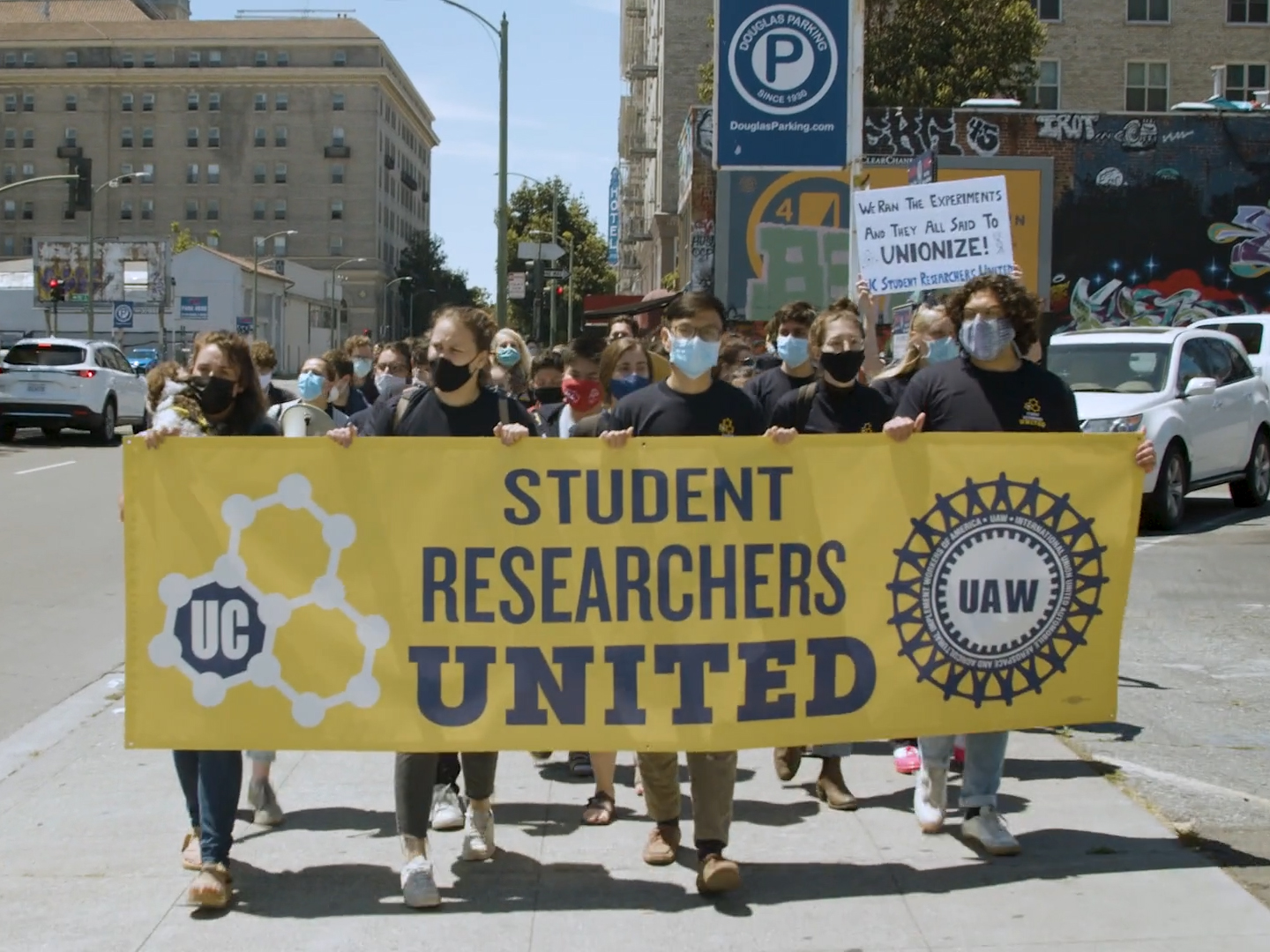 Following a rally that took place in October and an intent to strike, as of Dec. 9, 2021, the Student Researchers United-United Auto Workers union is now being formally recognized by the University of California. The UAW union, created on May 24, 2021, supports 17,000 graduate student researchers and student teachers across the UC system. The SRs and teaching assistants help the universities with research, student development, mentorship and more.

“This decision is a credit to the thousands of student researchers who, during COVID, organized for the right to negotiate with UC as equals,” said Jess Banks, a student researcher in the mathematics department at UC Berkeley.

UAW first rallied in October across all UC campuses to protest a budget cut imposed by UC President Drake. At UCR, a 8.2% budget cut was imposed. This budget cut would increase the workload of the university’s SRs and TAs who already have several sections and full classes. UCR has also traditionally received less financial support than other UCs.

In November, the UAW created a petition authorizing a strike in hopes that the UC system would formally recognize their union. The petition was signed by 10,890 members, and of those, 10,622 or 97.5%, agreed to strike if necessary. With the recognition of the union, the strike has now been called off.

“The UAW is proud to welcome UC Student Researchers into our union family,” said Cindy Estrada, UAW vice president and head of the UAW Stellantis, Women’s and Higher Education Organizing Departments. “They have shown what is possible when workers stand together and refuse to be divided. We look forward to supporting them as they bargain a strong first contract.”

Since the creation of the union, the UC had delayed its response of recognizing UAW despite 30 members of Congress and 50 state legislatures requesting that they do so. After almost a year of negotiations, they can now celebrate this first achievement.

“The contributions UC student researchers make are foundational to the university’s mission and to its R1 status in the research community,” said Mitchell Smith, Director of UAW Region 8. “And for too long, they have done so without a union in their corner. We congratulate them on this important victory.”

More information on UAW can be found at uaw2865.org.