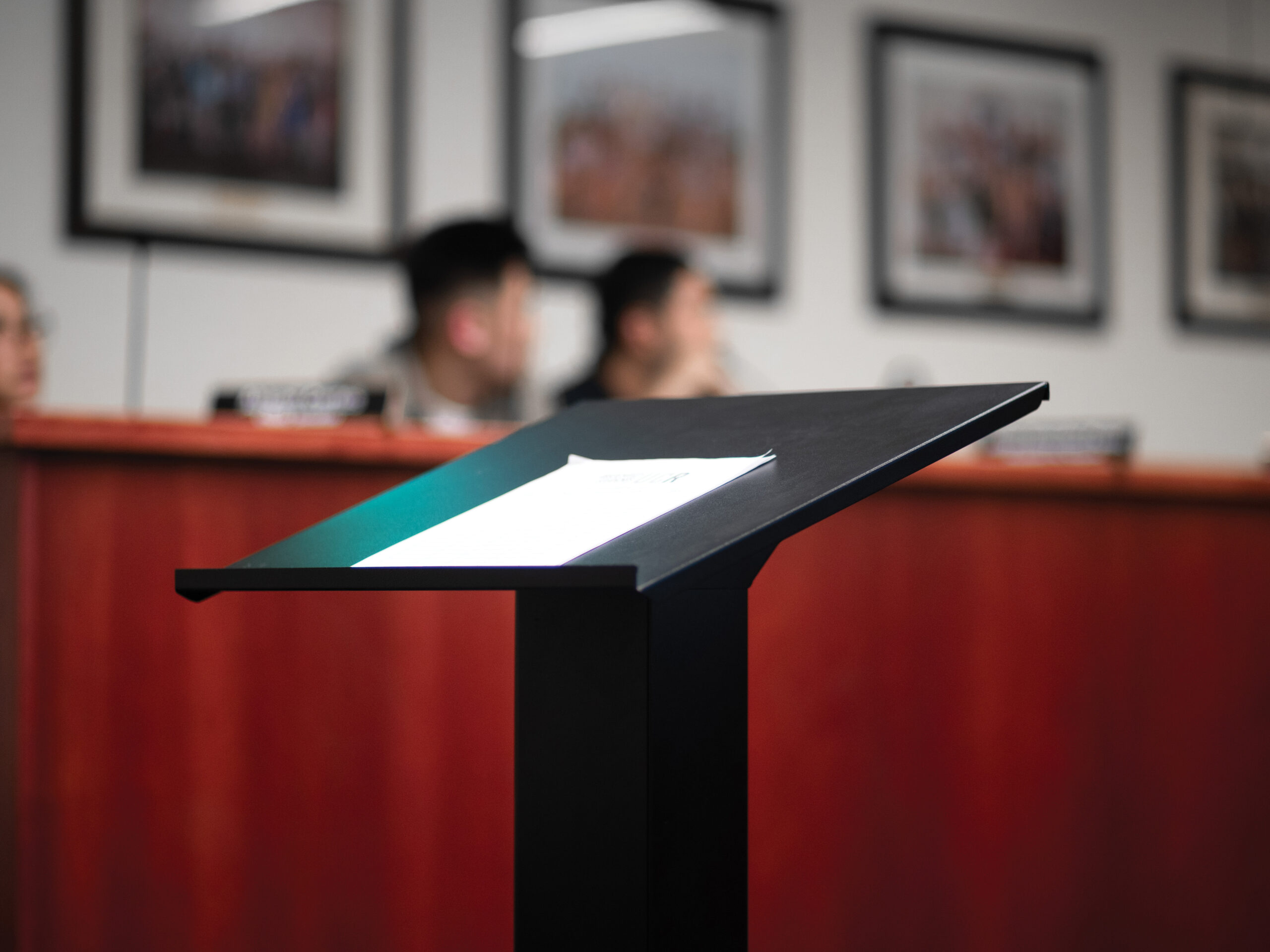 Motions to approve the current meeting’s agenda were called for by Executive Vice President Mufida Assaf with the addition of finance hearing minutes eight. The previous meeting minutes were then opened and approved with a count of 11-0-0.

Public forum followed with ASUCR Chief Justice Mohamad Almouazzen reporting that the legislative branch has created a new Legislative and Financial Committee. They are also working with the elections director to combat any issues that may arise surrounding the upcoming senate elections. Almouazzen concluded by stating that the legislative branch plans to create a community outreach program that would meet on and off of campus and target pre-law or other judicial students.

Christian Valdez, a UCR graduate student with the R’Garden, spoke next to propose a student referendum of $10 to provide more funding and food security for students. Valdez stated that when meeting with UCR administrators in 2021, they were not interested in adding a referendum. A current referendum increase for athletics is on the agenda, and the R’Garden members feel that it is unfair to ask students for that payment when athletics does not provide assistance to the overall student population. Valdez noted that the UCR R’Garden is a model garden for other UC’s and many on-campus students, demonstrating how food insecurity could be solved. The R’Garden currently collects no fees, as they are funded by the Basic Needs Grant.

Executive Office reports continued with Ethnic and Gender Program Liaison Jeanine Nassar stating that E&G programs will be postponing tabling for transfer and non-traditional week. The event will mainly be virtual as many of the speakers prefer to present online. Nassar also plans to create legislation on more awareness and assistance for CAPS resources.

Vice President Assaf introduced a new parlentation, Carl Semolin, to be ratified. Assaf spoke on behalf of Semolin, and the senate ratified them with a count of 11-0-0.

The senate then discussed a proposed referendum titled, Referendum: Student Fee Increase Needed to Support The Continuation of an NCAA Division I Athletics Program at UCR and Ensure Equity with Other UC Campuses. The referendum was presented by the ASUCR Elections Director, Tricia Sarmiento. The proposed referendum would increase the current student athletics fees from $35 a quarter to $125 a quarter, a $90 increase. The referendum has not been increased in about 20 years and would help the athletics department from losing their division 1 standing. Several of the senators spoke in disagreement of the proposed referendum stating that no one from the athletics department even showed up to the meeting to explain or present the referendum themselves. President Pro Tempore Orlando Cabalo thanked the R’Garden members for attending the meeting expressing their views on the athletics referendum. Cabalo then stated that this is an unreasonable amount of money for athletics to be requesting from students when we are still in a pandemic. ASUCR Executive Director Laurie Sinclair stated that this was a preliminary vote and that athletics would potentially rediscuss terms if the referendum was rejected. Senator Lizbeth Torres then stated that ASUCR is not discrediting the athletics department by not approving this referendum, the senators would instead like more transparency and communication. Senator Cabalo then opened the vote to reject the referendum. It was rejected with a vote of 12-0-1.

Three legislations were then presented to be approved by the senate. SR-W22-006 Senate Resolution: In support of Underground Scholars Initiative was presented by Greg Sanchez, a UCR student and member of the USI. This legislation would provide more funds and support for USI, a club for formerly incarcerated students or people who have been affected by the system. UCR currently allocates $0 funds to this club, and there is a chapter at every UC. Other chapters have a physical meeting place, and Sanchez would like a safe space for UCR members to gather. Senator Victoria Nguyen spoke in favor of the club and agreed that they need their own space on campus. The legislation was passed 13-0-0.

SR-W22-007 In Support of Advocating for Expanding Student Accomodations was read next by senator Cabelo. This legislation advocates to expand student accomodations in regards to COVID-19. A survey put out by ASUCR found that many students are residing at home despite having housing on campus. Senator Nguyen reiterated that this resolution isn’t Zoom specific, but would  provide overall accommodations for problems arising from COVID-19. The legislation was passed 13-0-0.

SR-W22-008 Resolution in Support of Remote Learning was presented last. This legislation would support more hybrid and online classes for students. Senator Nguyen spoke on behalf of student Bryce Hill who created a Discord with students opposed to full in-person instruction. The students in the Discord would like hybrid options along with in-person options due to the alarming number of cases on campus. Riverside Community College and College of the Desert have hybrid options available and if they can accommodate students then UCR should as well.

There is also a Change petition with more than 6,800 signatures in favor of hybrid and online options. The legislation was passed 13-0-0.

During Public Comment First Time College Student Director, Lily Romero spoke in favor of the senate supporting USI and students who are still being affected by the pandemic. Chief Justice Almouazzen also spoke stating that Judicial in the past was not active but will be this year.

Senator Reports followed with senator Blanca Alba assisting with legislations, and senator Kent stated that he has met with his interns.

Roundtable and Announcements concluded with senator Arleth Aparicio stating that they are working on legislation to have narcan training. Senator Nguyen reminded the senators of the Winter CHASS Town Hall on Feb. 8.

The meeting was adjourned at 8:09 p.m