Highlander
Home Radar Class is back in session at ‘Abbott Elementary’ 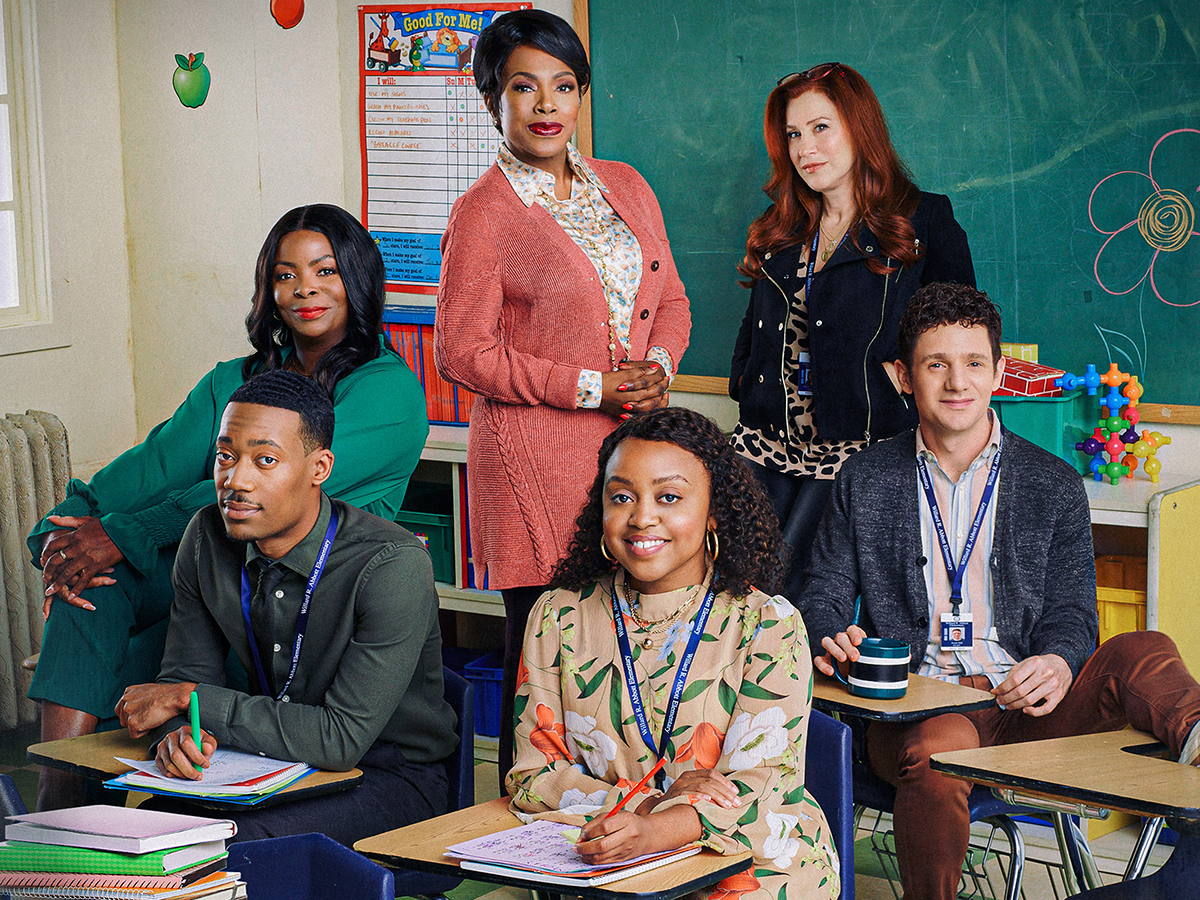 A 5-foot tall Janine Teagues (Quinta Brunson) stands in the door frame of the “Abbott Elementary” music teacher’s classroom. She moves with a clumsy stride, having been scolded by Ms. Davis to place her chewing gum into “Wanda the Waste Basket.”  Her second grade students continue to play a recorder rendition of “Amazing Grace” over her pleas. As they stop, janitor Mr. Johnson (William Stanford Davis) carries the tune earnestly.

Charm radiates off of “Ava vs Superintendent,” episode 12 of the 30-minute mockumentary sitcom “Abbott Elementary” (2021). Comedy writer Quinta Brunson created the show, which debuted on Tuesdays in the 9 p.m. timeslot on ABC in the tail end of last year. It follows a Philadelphia-based elementary school, showcasing the systemwide failures which place public schools at risk for underserving their children. Its name is a nod to Brunson’s sixth grade teacher, Ms. Joyce Abbott.

An airtight script calls for the ensemble cast of talented performers to serve as the dedicated teachers whose every move is made in the best interest of their class of young, Black scholars. It quickly accumulated a following of viewers invested in the efforts of Janine Teagues and her coworkers’ “near-constant hijinks.” From rallying for school supply funds to creating a vegetable garden for healthy food alternatives during lunch, “Abbott Elementary” delivers as many lessons as it does laughs.

With what began as a mission to bring old-school and new-school teachers together as a united front, each episode has taken audiences into the intimate workings of each character. In episode 12, Barbara Howard (Sharyl Lee-Ralph) learns to embrace stepping out of her comfort zone. Her faith is in question as she decides whether to approach and “extort” a church-going board member who will partially determine if their school will receive a substantial discretionary grant.

Since its highly-anticipated return from a three-week midseason hiatus, there have been clear strategies to formulate expansions to each character’s roles along the show’s plot. Ava Coleman — played by breakout comedian Janelle James — was introduced as the clever principal full of quick-witted one-liners, often unhelpful to the oblivious.

By this episode, a personal vendetta she has with superintendent Denzel Collins puts her position as principal at risk. She expresses vulnerability as she accepts that her charisma alone will not be enough to get approval for the advancement grant from the school board. Reliable optimist Janine Teagues and Abbott Elementary substitute teacher Gregory Eddie (Tyler James Williams) step up to assist their team member in need.

Having reached the penultimate episode of “Abbott Elementary’s” first season, there are a few plot points in need of resolution. After 12 episodes of developing rapport — with instantaneous, awkward chemistry between Ms. Teagues and Mr. Eddie —this love triangle could be the basis of a memorable cliffhanging season finale.

“Ava vs Superintendent” was directed by decorated visual artist Matthew A. Cherry, whose talents have extended to the critically acclaimed films “BlacKkKlansmen” (2018) and “Hair Love” (2019). He captures the heart of “Abbott Elementary,” paying careful attention to include children’s artwork adorning the classroom walls. His execution embeds the audience into each scene as the actors present intimate communicators of desperation, indignance, affection and tolerance.

Verdict: Abbott Elementary has captured the interest of millions of viewers with humor in simplicity and emphasis on character development. While it is jarring that the sitcom will be off-air so soon after its return, the cast of writers and producers have laid a strong foundation to build their next season.