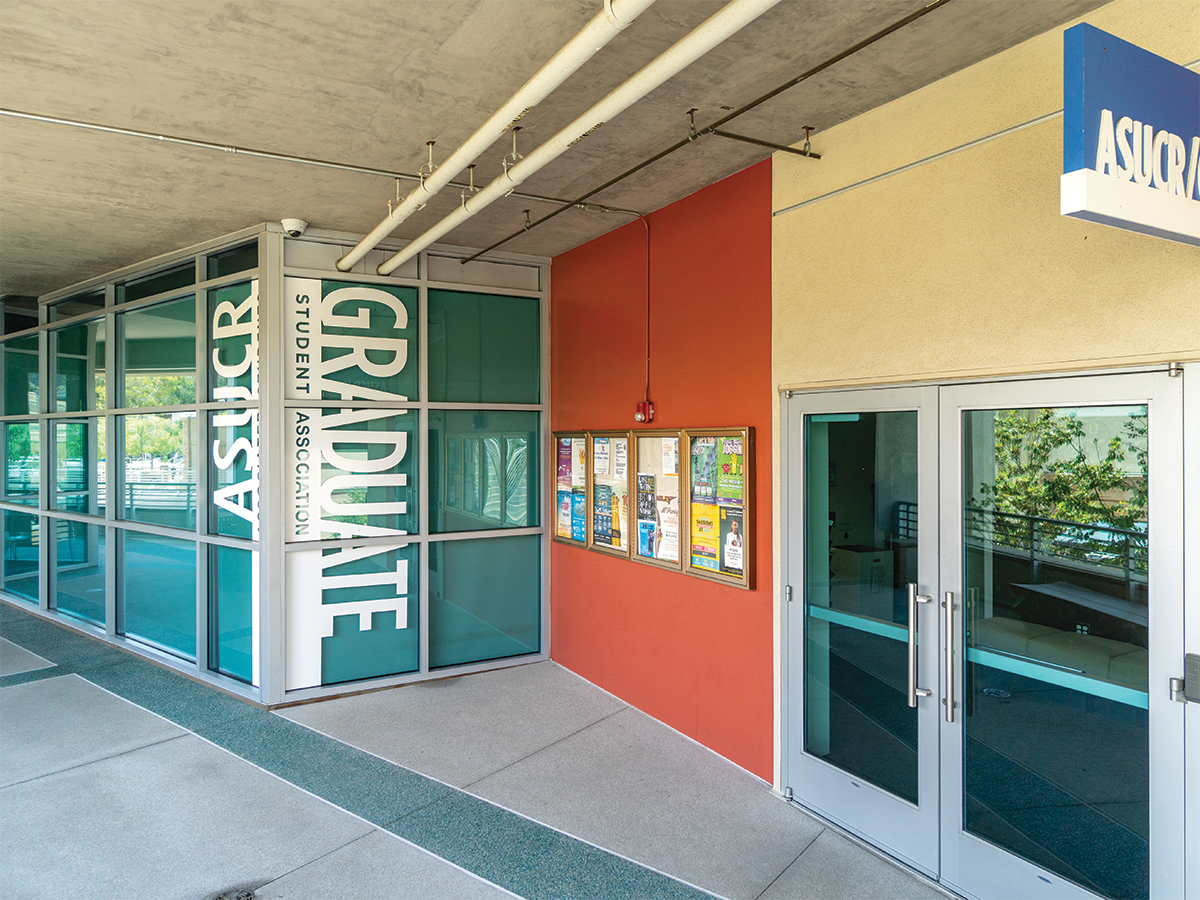 The Associated Students of UCR’s 20th meeting took place Wednesday, April 6, both in person and through Zoom at the ASUCR Senate Chambers. All members of the senate were present, excluding CHASS senator Blanca Alba and SPP senator Joshua P. Deese, who were absent.

Motions to approve the current meeting’s agenda were called for by Executive Vice President Mufida Assaf with a motion to add senator reports and five green grants. The previous meeting’s minutes were then opened and approved. Both passed with a vote count of 15-0-0.

During the public forum, Director of Intercollegiate Athletics Wesley Mallette spoke, giving an update on the athletics referendum and their partnership with the R’Garden. Mallette relayed that he met with Dr. Peggy Mauk and that they identified ways that the athletic department can collaborate with the R’Garden. This will include athletics sponsoring one R’Garden event a year, providing volunteers, promoting them on their social media platforms and attending a leadership conference together.

UCR class of 2020 alum, Bharat Rai, spoke next and advertised his app Pick Up N’ Park. The app will help combat challenges students have when parking on campus. According to Rai, “Pick Up N’ Park is a mobile rideshare application for UCR students to help find parking and carpooling on campus.” President Will Wang spoke in favor of the app and stated that as the campus has started reimplementing in-person classes, finding parking on campus has become difficult.

Senate Chief Justice Mohammad Almouzzan spoke afterwards, announcing that the judicial branch launched an internship program. Twenty-seven applicants applied, and six were chosen. Almouzzan then discussed the Middle Eastern Student Association and how they are working to pass a resolution that would provide students with more accommodations during Ramadan fasting and other religious holidays.

New Business then followed with a special election for the position of first-time college student director. The election was led by Elections Director Trisha Sarmiento who introduced the two candidates: Delane Ly and Kezia Skariah. Both candidates were then given three minutes to introduce themselves and five minutes to be questioned by the senate.

Ly spoke first and stated that she is currently an outreach coordinator on the First-time Student Committee. If chosen for the role, Ly would work to provide more programs and events on campus as opposed to the lack of extracurricular activities she experienced during her first year, where classes were mainly online. She wants freshmen to feel welcomed and have a voice.

Senator Christopher Kent asked Ly to elaborate on her past leadership experience. Ly stated that she is a student assistant at the career center, was the editor in chief of her high school yearbook, was her high school’s class president and the debate captain.

Senator Dorothy Doronila then asked how Ly will reach out to first-years and bridge the gap between freshmen coming from an online environment. Ly responded that she plans to table and host events so people can get to know each other in person.

Senator Rachel Paredes asked what Ly would do with the year almost being over. Ly responded that she is already on the committee and that they plan to have a movie night in April and possibly a mixer.

Ly then stepped out so the second candidate, Kezia Skariah, could speak on behalf of herself. Skariah stated that she is currently an associate at the HUB and SSC decks. Through these roles, she is able to retain familiarity with what concerns students and the campus community have. Skariah wants to use her platform to advertise these resources to students so that they are more in touch with the campus.

Senator Dornilla asked Skariah for an example of a common problem on campus. Skariah responded that many students ask for blue books during hours where they are not permitted to be given out. Providing a place where students can get these books during late hours would help.

Senator Amy Do next asked how Skariah would include students on campus. Skariah responded that they would hold socials where students could interact with each other.

Senator Christian Torres asked why it is important to provide students access to these resources. Skariah responded that it is good for students to stay informed as college is very different from high school.

Senator Myra Usmani then asked how Skariah would promote ASUCR to first time students. Skariah responded that she would work with ASUCR senators and the executive board so that they connect with first-time students.

The two candidates were then sent outside so the senate could deliberate. They were let back in a few minutes later, and it was announced that Delane Ly would become the new First-time College Student Director.

Committee Reports followed with one piece of legislation up for review. SR-S22-001 Resolution to Endorse the California Plastic Waste Reduction Regulations I was then presented with the assistance of CALPIRG inter Lance Esquillio. The resolution will help reduce single use plastic manufacturing and plastic waste. The legislation passed with a vote count 15-0-0.

Five green grants were then presented to the senate. Green Grant Application 44 was presented first. This application was submitted by the UCR R’Garden so they could create a compost bin. The group asked for $4,000 in funds which was approved.

Green Grant Application 45 was read next and was submitted by the R’Cycle Club. R’Cycle asked for $4,000 to hold a biking event that will promote alternative transportation, which was approved.

Green Grant Application 46 was submitted by the R’Garden for a certified farmers market in Lot 30. They were granted $300.

Green Grant Application 47 was submitted by Highlander Racing for an event to create and discuss clean air vehicles. They were granted $4,000.

Green Grant Application 48 was submitted by Residential Life who requested $2706 for a vegan food festival to promote veganism. All five green grant applications were approved by the senate.

No one spoke during public comment and senator reports followed.

Senator Do reported that she met with her interns to discuss their projects.

Senator David Kiroloss then reported that he attended the First-time Student Committee meeting. They are planning to table and hold a movie night. There will also be another lunch bag distribution through ASUCR. He is also working with the Middle Eastern Student Association on their resolution.

Senator Paredes reported that she created meeting times with interns and plans to meet with the R’Pantry.

Roundtable and Announcements followed and President Pro Tempore Orlando Cabalo spoke about the pay issues being faced by the UCR Botanical Garden workers. The workers are trying to get a livable minimum wage and have been ignored by management.