Softball season continues for the Highlanders at UCR as they most recently faced off against UC Santa Barbara in another 3-game series. It was a tough start for UCR on Friday and Saturday mornings as they fell to the Gauchos in the first two games. Luckily, UCR found it within themselves to put something together in the final matchup of the series. 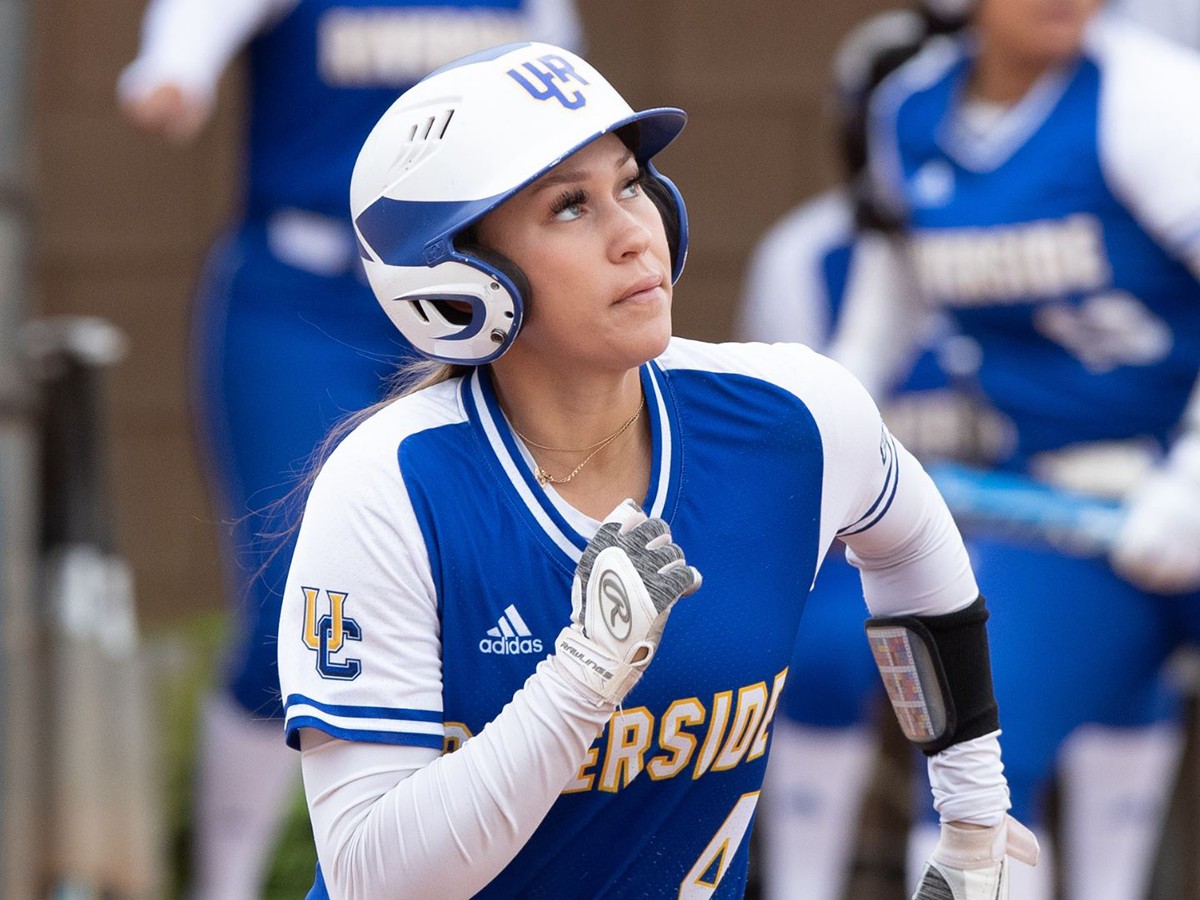 After a dry first inning, the scoreboard opened up at the bottom of the second inning. Sophomore Gigi Araki was up first to bat but was hit by the pitch. The batter after Araki was also hit by a pitch, pushing her to second. The following Highlander struck out, but a mix up on the field allowed Araki to score on error, granting her an unearned run.

UCSB replied with two back-to-back runs in the following inning. Sophomore infielder Chloe Stewart walked to first base for the Gauchos. Shortly after, she was brought home after a kerfuffle on the field. This put the Gauchos on the board for the first time this game. Senior infielder Marcy Fines came on shortly after batting a double down right field. Shortly after, and with the help of her teammate, she was able to steal home and put them up 2-1. In that same inning, UCR responded with a run immediately after in order to tie the game. Junior infielder Lauryn Garewal singled up the middle. A flyball from junior shortstop Marissa Burk shortly after allowed Garewal to reach home. The score was 2-2.

At the top of the fourth, the Gauchos put on another run, which they would soon find out would be their last of this game in their weekend long bout against UCR. It was junior outfielder Sam Denehy who batted a single, stole second, and was eventually brought home by her teammate.

In the bottom of the fifth, the Highlanders exploded and managed four more runs in order to cement their victory in the afternoon matchup. First, Garewal walked to first to put one runner on the bases. Immediately after, senior outfielder Haylee Kela hit an impressive home run to bring herself and her fellow Highlanders home, bumping the score up 4-2. Shortly after in that same inning came another two runs. Again, it was Araki who managed to cross the plate after having walked. Two batters later, she was brought home with the help of sophomore utility player Ally Troche. Redshirt sophomore catcher Jantzen Owen also scored after singling towards right field. Soon after, Nadia Witt brought Owen home with a single down through to the left side of the field. This would be the final run of the game, leaving the game 6-3 to end the series 2-1 in favor of the Gauchos.

The Highlanders managed one victory in the end to allow them to fall gracefully to the Gauchos, the series total being 2-1 in favor of UCSB. This less than favorable encounter leaves UCR in position six in The Big West Conference. Their next encounter is against the CSU Bakersfield Roadrunners this upcoming weekend. The Roadrunners currently sit last in The Big West.