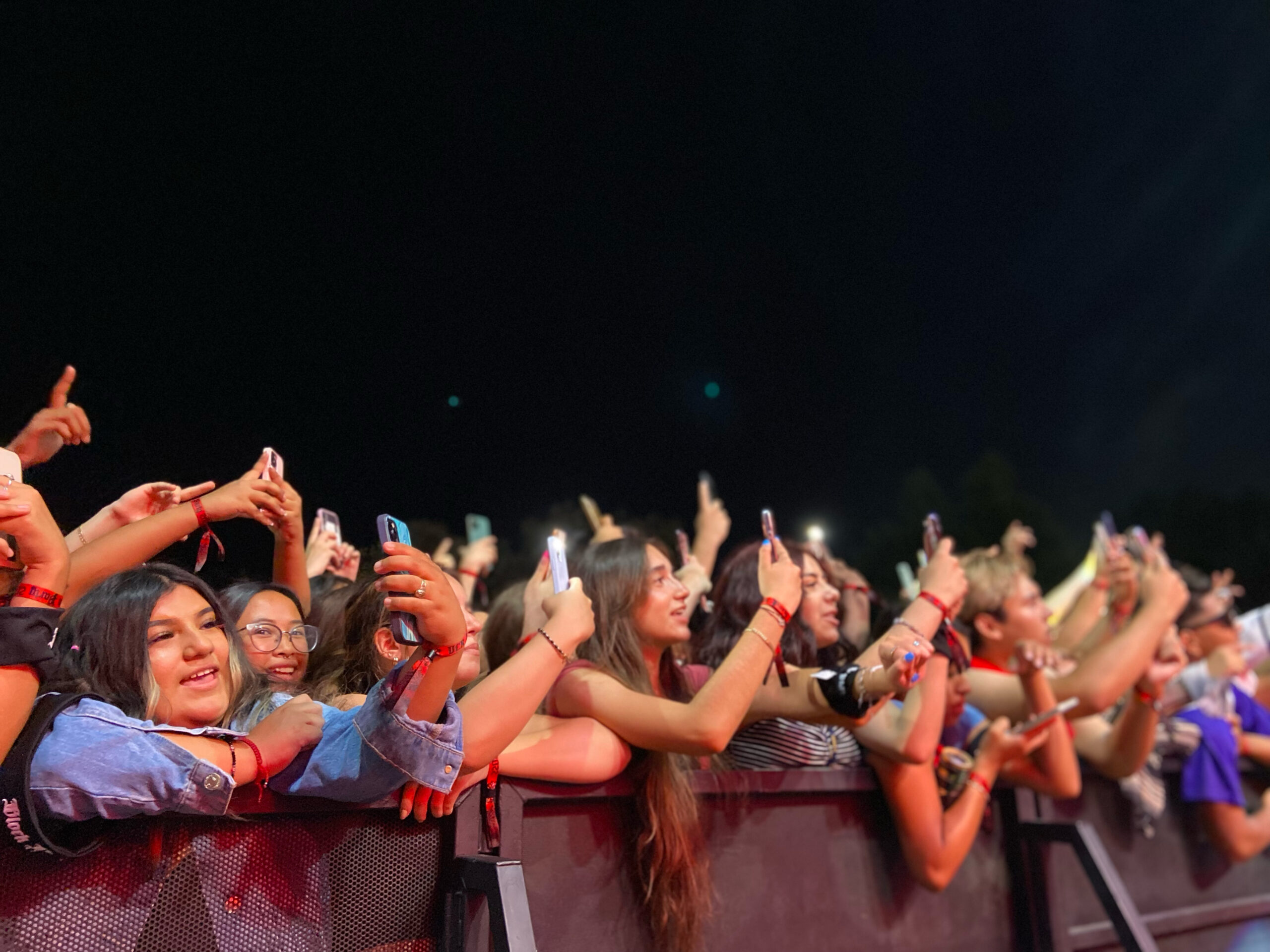 The annual event hosted by the Associated Student Programming Board fulfills students expectations despite a few set-backs.

On Saturday, September 24th, ASPB left students satisfied with their Block Party experience. For many students, this was their first time at a Block Party with live music. With live performances and unique attractions, the event was worthy of combatting the Riverside heat.

Days leading up to Block Party, ASPB tested out a new way to distribute wristbands for event entry. With select days and hours, rather than an exclusive day of distribution, students could collect an entry wristband. The new method received a positive response from students.

Third-year student, Ally Moissiy, commented on the wait after receiving her wristband Friday morning. “It took me longer to do the module than to wait in line.” A multitude of students echoed Moissiy’s words regarding fast wait times.

While the wait for a wristband was quite short, an abundance of students waited outside the venue before doors opened. A few students waited up to three hours for a barricade viewing of the main stage or first access to Block Party promo items. Even with hours of waiting, there were no complaints. Others walked in after 5:00 PM with no problem. The process was quick and easy.

DJ Carisma welcomed attendees with music to get all highlanders dancing. From artists like Cardi B to City Girls, the crowd warmed up in preparation for Vicetone.

As more students entered the venue space, a pattern of vibrant fashion was a fad for the night. Bright colors and distinctive designs covered students’ clothing. Body glitter and over-the-top accessories decorated the crowd.

Hannah Lee and Janelle Silva, a pair of second-year students, added their take on the concept of Block Party fashion. Lee stated, “I wish more people would go over the top with their costumes, makeup and hair.”

Vicetone began their set fairly early after doors opened. As soon as the EDM group introduced themselves, the crowd filled with excitement. The group mixed some of their music with other electronic classics. Vicetone got students jumping and singing along to EDM hits. They ended their set with their song “Astronomia” followed by the Avicii song “Wake Me Up.” The pair left the stage at 6:15 PM with cheers succeeding their departure from the stage.

Ten minutes later, V of Emotional Oranges walked on stage alone. She began to sing “Motion,” while A smoothly followed after her lead. The two instantly had on-stage chemistry. From singing to each other to dancing in sync, the pair undeniably gave a moving performance. As V and A sang “All That,” backup dancers appeared on stage. While Emotional Oranges were performing, students slowly trickled out of the stage space to cool off from the heat. V also briefly covered Missy Elliot’s “Get Ur Freak On” and Fuggee’s “Killing Me Softly With His Song.” Overall, the crowd vibed with the R&B group and had plenty of energy to give. Emotional Oranges left the stage at 7:07 PM and left the DJ to carry on the mood.

The DJ played reggaeton tracks to get the crowd moving for Lunay. During the 20-minute interval between the sets, ASPB staff repeatedly had to ask students to step back.

Lunay ran on stage at 7:26 PM with immediate shouts of enthusiasm. Dancing sparked throughout the mass to the reggaeton beats. A student gave Lunay a Puerto Rican flag and he held it up with pride as he sang his first song. Right away, students fell in love with the musician. So much so, throughout the show, women’s undergarments were thrown at Lunay. The artist brought his smooth dance moves and wowed the crowd during “El Favor.” Toward the end of his set, Lunay stood against the barricade and sang with the students. The reggaeton musician exited the stage with suave at 8:08 PM.

With a long interlude between sets, students began to feel the heat. Security asked students to back up. They provided cooling measures like spraying the crowd with water and handing out ice from a bucket. With a combination of weather and body heat, multiple students had to leave the main stage area.

Meanwhile, in the food truck area, students were not satisfied with their experience. Some students even missed Lunay’s performance.

Third-year students Siddharth Malik and Sebastian Morales vocalized their unpleasant experiences. Malik expressed, “We waited an hour in line at Heritage for a sandwich. I did not expect the line to be this long. There were also no prices on the truck, so it was disappointing.” Morales followed. “I paid 25 dollars for this meal. I can’t believe we missed Lunay. My heart would have stopped if I saw that man.”

22 minutes later, Flo Milli started her set with “Come Outside.” Her performance is especially unique to UCR, as DJ Carisma announced earlier that Flo Milli is the first woman to headline at Block Party. Flo Milli brought passion into her rapping and had fun with it as her adlibs flowed. Students were especially surprised by her song “Back Park (Flora The Explorer),” due to her unique sampling of the song. Flo Milli brought the party with “Conceited” and “May I.” If students weren’t a fan of Flo Milli before her performance, they left as a fan of hers.

Verdict: While the Riverside heat was a distraction from the party, the performances were extraordinary. Every artist put on a show worth watching and filled the crowd with excitement.