Highlander
Home Radar Bad Bunny broke the pop industry: why that matters for the Latine... 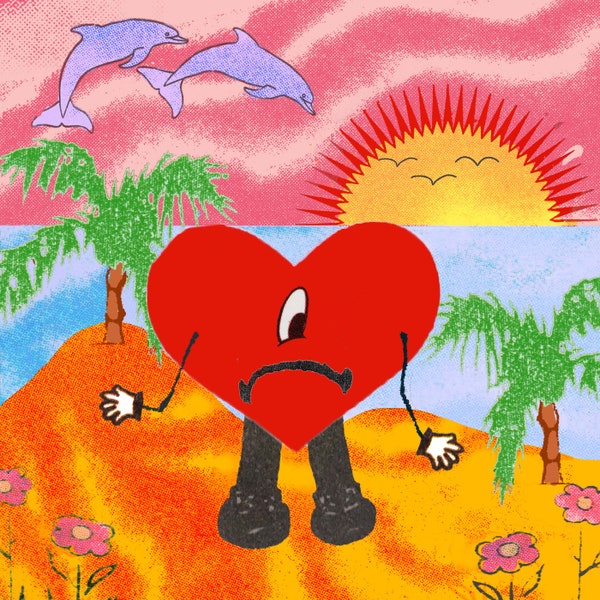 The Puerto Rican star stole everyone’s hearts this summer with reggaeton hits, but what doors has his success opened for other Latine musicians?

The reggaeton star, Bad Bunny, started and ended the summer on the Billboard Hot 100. The artist released his latest album, “Un Verano Sin Ti,” in May of this year. The album quickly entered the charts and has held the most weeks at No. 1 on the Billboard charts since 2016. With instant hits like “Me Porto Bonito” and “Tití Me Preguntó,” the summer beats and catchy lyricism captured the attention of a whole new audience.

With the summer filled with Bad Bunny’s success, the American music industry opened its doors to an entirely new market. Reggaeton is rarely seen on the charts or given radio play, yet Bad Bunny has made the U.S. more appreciative of the Caribbean sound.

Pop music was in an unknown state. From the conventional dance music by Drake to bleak lyrics from Jack Harlow, the industry needed a refresher. Bad Bunny released his album at a time when audiences craved an original sound. The sounds of reggaeton are vibrant and lively, which came to be a liking for the American audience. Reggaeton offers a new sound the U.S. is not used to hearing on the radio. Bad Bunny has introduced and brought reggaeton to the charts. Despite great success in the U.S., it is questionable as to what point the pop industry exploits reggaeton.

After “Un Verano Sin Ti,” non-Latine artists have flooded the market with a resonance of reggaeton and Afro-beats. In recent news, Bjork released “atopos” on September 6th. The single received mixed criticism online over her experimental take on reggaeton. Bjork’s single raises eyebrows, as well as introduces a dichotomy between non-Latine and reggaeton. Reggaeton is a descendant of Caribbean music. The Latin rhythms are the glue to the beats originating from Jamaica. The genre is fairly popular in Latin America and is not new to the Latine community. Ultimately, the debate of whether non-Latine artists should be producing reggaeton is up to the Latine community. Reggaeton has deep connections with cultural and traditional music from Latin America. While it is a complex discussion, it is overtly established that the music industry should prioritize Latine musicians. There should be no battle with non-Latine artists over success in the genre.

Bad Bunny set the stage in the U.S. for the wide acceptance of reggaeton. Latine musicians now have a greater advantage to capitalize on this moment in popular music. Bad Bunny has used his fame to promote smaller artists. The singer brought out queer musicians, who are Puerto-Rican based, as backup singers for his sold-out concert. Young Miko and Villano Antillano are examples of his sharing success for the best. Bad Bunny also gave spotlight to Young Miko and Villano Antillano’s experiences as queer musicians. This is not the first time the artist has been political with his music.