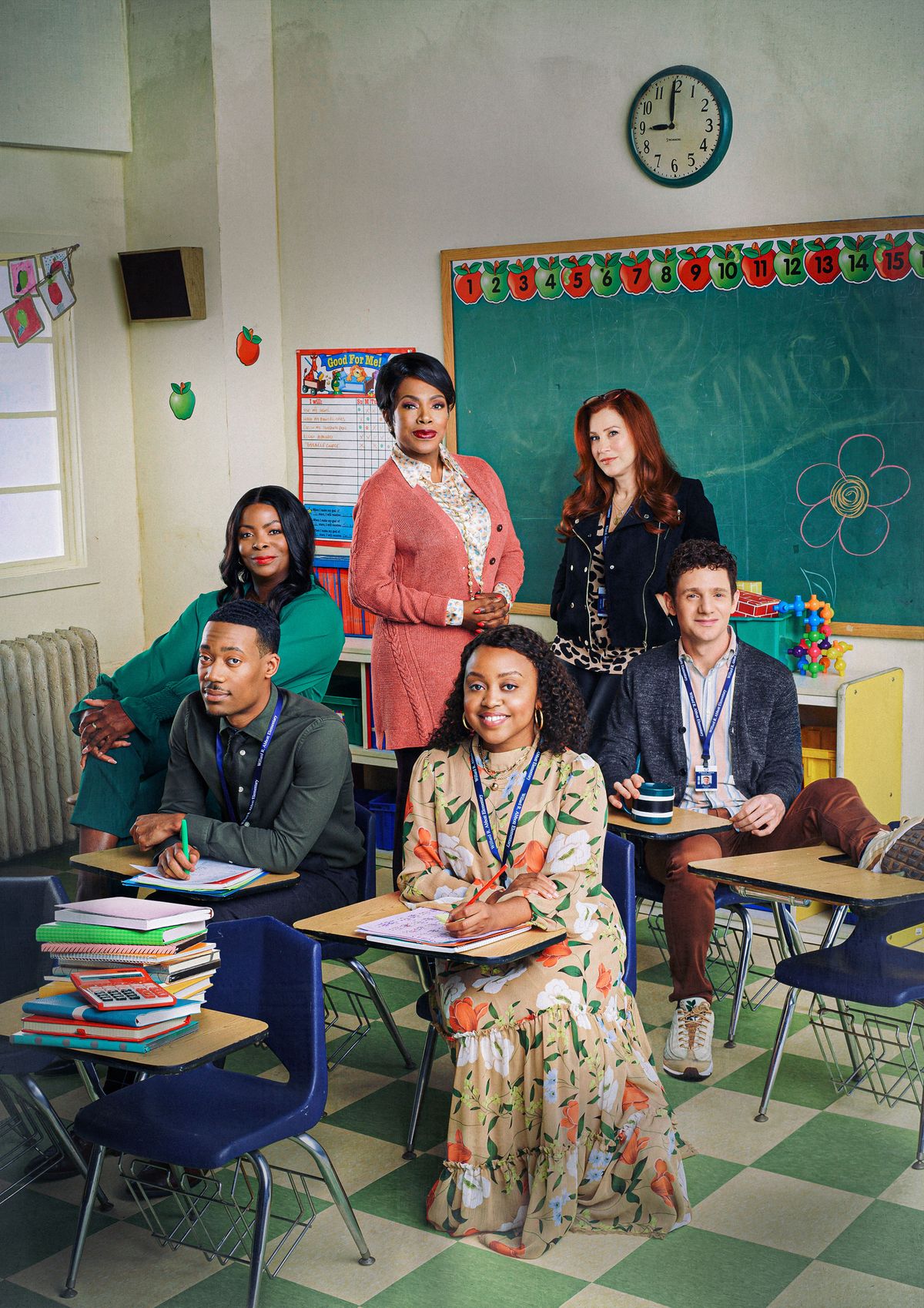 The show pays homage to Philadelphia with a special guest appearance.

Following three Emmy wins, ABC sitcom, Abbott Elementary, aired its first episode of season two on Wednesday, September 21 with a celebrity guest. The show first premiered in 2021 and quickly rose to popularity with many praising its diverse cast and topics. Abbott Elementary focuses on a group of teachers trying to get by while navigating the Philadelphia public school system plus an under qualified principal. Although the staff may not have all the resources they need, they are determined to help their students succeed.

The creator of the show, Quinta Brunson, may be recognized by fans from her early career when she was an Internet personality. Brunson starred in several BuzzFeed YouTube videos and had her own Instagram comedy series, “Girl Who Has Never Been on a Nice Date.” Along with being the creator, Brunson is also the star of the show; third-grade teacher, Janine Teagues.

Season two began by showing what preparations occur before the start of a new school year with the teacher’s development week being the main focus of the episode. During the end of season one, the audience saw Janine break up with her long term, aspiring rapper boyfriend Tariq Temple. The two had been together since seventh-grade and seemed an unlikely couple. With Janine being the responsible one and Tariq being somewhat of a slacker, their relationship was destined for doom.

Janine returns to teacher development week optimistic about the new school year claiming she has spent the summer working on herself and has “grown up.” She even announces that she has secured a visit by local celebrity, Gritty, the official mascot for the Philadelphia Flyers Hockey team, for the first day of school.

As the episode progresses, we learn that Janine is actually struggling and has refused to see how the breakup has truly affected her. No longer sharing just 20% of her bills with her ex-boyfriend, Janine is unable to pay her rent and other invoices.

As Janine’s co-workers try to give her advice and assist her in this challenging time, she spirals further out of control by pretending everything is fine. Her perspective on the situation is only swayed when she is informed by the custodian that her car is being booted for not paying her parking tickets. Having the entire staff run outside and see her plea with the city worker not to put the clamp on her car is the reality check she needs. To make matters worse, Gritty then arrives after being told by Janine the wrong first day of school.

Other plots that occur during this episode involve teachers Barbara Howard, played by Sheryl Lee Ralph, and Gregory Eddie, played by Tyler James Williams, who are desperately trying to secure a special desk for a new student who will be using a wheelchair. Barbara is excited that she was able to convince the school district to install a ramp outside for the student, but is unsuccessful in getting him a desk. Gregory ultimately finds a desk for the student showing the resilience and dedication these teachers have. The episode ends with students returning for the first day of school. Janine and the others once again feel excited that the year will be a good one, despite any obstacles they may face.

Verdict: The season two premiere was just as hilarious as season one setting a positive tone for the now Emmy winning show. Viewers should expect more shenanigans from the Abbott Elementary staff and students.