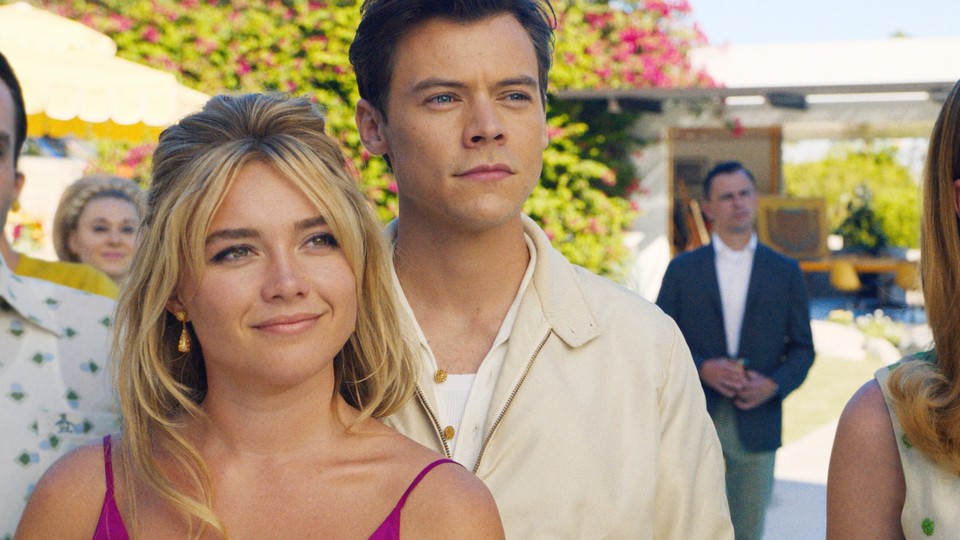 The buzz around “Don’t Worry Darling” was almost inescapable. With lead co-stars Florence Pugh and Harry Styles performing alongside other notable actors, and director Olivia Wilde, the movie was expected to be a hit.

The excitement was only dulled when fans and critics of Styles remembered that the singer has little to no acting experience. With his two roles being short appearances on the Nickelodeon show, “iCarly,” and the film “Dunkirk,” the talk surrounding the movie steered towards how he would fare in his first large role taking attention away from Pugh and her stellar acting career.

Leading to the premiere of the film, more drama followed the cast as it was revealed that Wilde and Styles were now dating, leaving Pugh to step up and perform the role of the director. With this news also came the leaked video of Wilde begging Shia LaBeouf to stay on as the male lead when she claimed to have fired him for Styles after allegations arose against LaBeouf.

Despite the apparent lack of professionalism displayed by Wilde, the film was released and topped the charts in its opening weekend with $19.2 million in ticket sales at the box office. Shot in Palm Springs, the movie begins portraying a happy, and almost eerily perfect, 50s-esque community called Victory. Here the women stay home as model housewives while the men leave to work on the victory project, a project dedicated to bettering their lives and the community.

Problems arise when Pugh’s character, Alice, notices that one of her neighbors is starting to hallucinate and tell strange stories about Victory. She publicly states that something is wrong yet becomes shunned by those in the community. Her actions cause Alice to also begin questioning their utopia, provoking her to break the rules of Victory. Style’s character, Jack, and the other male characters try to silence and gaslight Alice into believing everything is fine until she eventually uncovers the truth.

Pugh, who is known for her horror and psychological thriller films, was daring in “Don’t Worry Darling.” Her performance captivated the audience and carried the movie. Being the main lead, she created a sense of mystery and curiosity that allowed the viewer to question her suburban utopia and the victory project alongside her.

Styles’ performance, on the other hand, was what you would expect from someone with his background in acting. He was able to play his role, but at times felt unbelievable receiving giggles from the audience when he was trying to be serious or upset. With Wilde advertising the film as an ode to female pleasure, the more notable parts of his performance were where he engaged in sex and enigmatic dancing, as well as supplying his “hot appearance.”

Although the film may have received a five-minute standing ovation at the Venice Film Festival, there is no need to run to see the movie. The question of what the victory project truly is and why everyone seems to eventually lose their mind will captivate the audience until the end, but the twist is barely explained and is lackluster. This is not the typical feminist heroine film that Pugh is used to acting in, or that Wilde created in “Booksmart.” Instead, it felt cliché and reflected the rumors that Wilde was more focused on Styles than the film.

Verdict: The film felt like an episode of “Black Mirror” that didn’t need to be two hours long. It was beautifully shot, portraying Palm Springs in a well-deserved artsy style. The film, however, was not worth the hype or memorable as a psychological thriller.