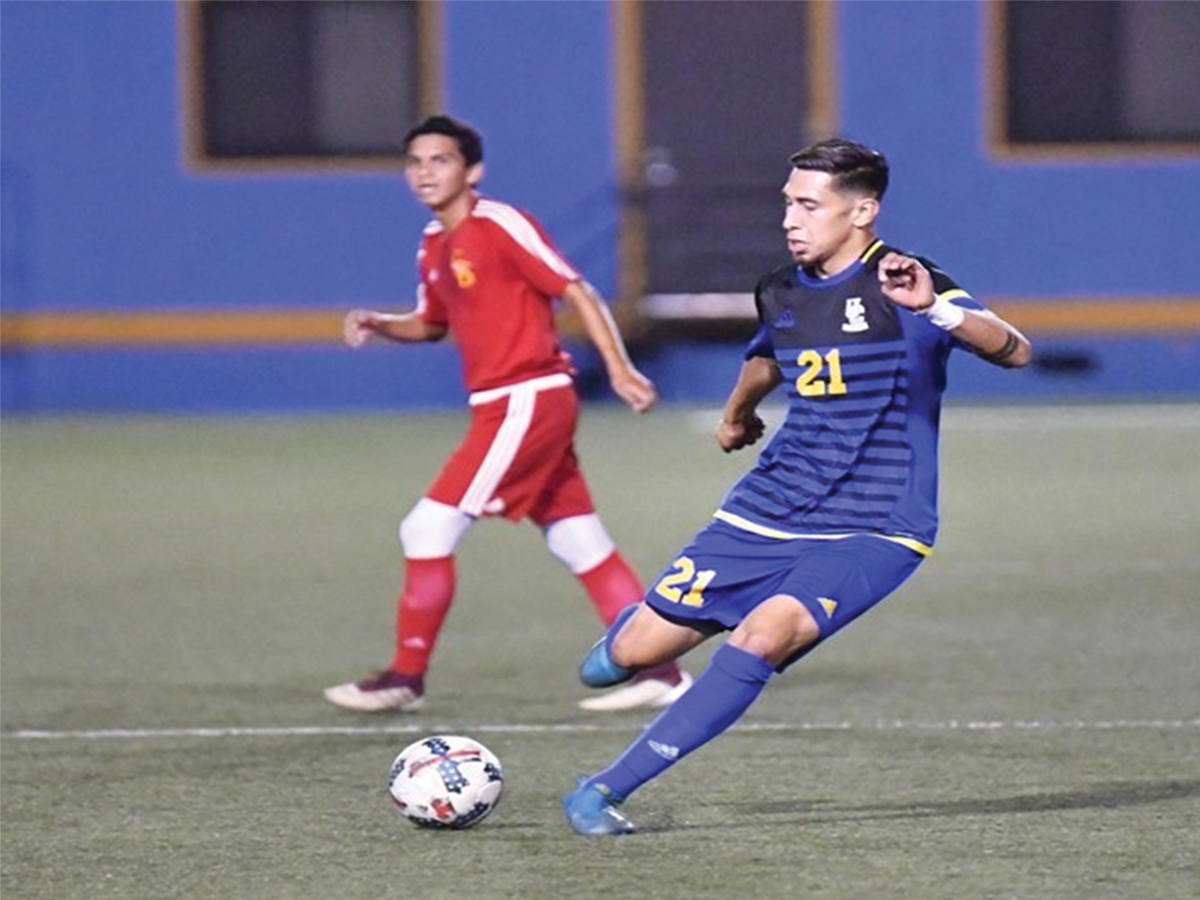 The UC Riverside men’s soccer team defeated UC San Diego 1-0 Wednesday night in La Jolla. Going into this game, the Highlanders were 1-1 in Big West Conference play, with the most recent win against UC Davis. UCR looks to build a winning streak with a win against the Tritons.

In the first period, midfielder Alessandro Allen from UC San Diego tried to take a shot at the goal but a great save from junior goalie Carlos Gonzalez prevented the score. At the 7:39 mark, senior midfielder Oscar Penate had a chance to score but wasn’t able to finish through as the kick was saved by UCSD’s goalie Dominic Peters. As the first period progressed, both teams became sloppy on the field as a couple of fouls were handed out. After a foul from senior midfielder Issa Badawiya, the Highlanders found themselves having another chance to score as senior midfielder Leopoldo Hernandez raced down the field at the 18:45 mark. However, Hernandez’s kick was out far right and was unable to score. At the 24:02 mark, UC Riverside found themselves again in scoring position. This time though, Hernandez and senior defender Brendan Clark found sophomore forward Noah Lopez for the score and gave the Highlanders the first goal of the game, 1-0. Two minutes later, Clark found himself with a chance to score another goal but the goalie, Peters, was able to save the score this time around. Action stalled for a bit as both teams were not able to get any scoring opportunities. The Tritons tried to take a shot toward the goal but the ball flew out over the top. UC Riverside tried to respond back with a shot of their own but another great save from Peters prevented another goal for the Highlanders. Near the end of the first period, UC San Diego had a chance for their first goal off of a corner kick but junior defender Adam Walker’s attempt was too far over the top.

In the second period, both teams were not able to find an offensive rhythm and struggled to find the goal. The period started with a foul on UC Riverside and an offside penalty for UCSD. More fouls were exchanged as both teams became sloppy both on offense and defense. A couple of scoring opportunities arose for the Tritons but they were unable to capitalize. First, a corner kick at the 60:55 mark wasn’t able to lead to a goal for UC San Diego. Eight minutes later, sophomore midfielder Andrew Valverde had an opportunity for a goal but the goalie, Gonzalez, was there to save the score. Things started to get chippy as frustration started to mount on the field. Around the 70:00 minute mark, freshman forward Westley Hastings was called for a foul. Three minutes later, Hastings was given a yellow card after a collision with one of the Triton’s players. More fouls were given as time passed on in the ball game with UCSD struggling to get quality looks for a score. At the 78:09 mark, frustration ensued as the Tritons were unable to score off of a corner kick which led to a foul and a yellow card on sophomore midfielder Carter Jacobus. With 10 minutes left in the period, UC San Diego again found themselves on the offensive with a chance to tie the game up. Junior midfielder Jack Hagan shot was deflected at the 82:21 mark, and a corner kick led to a kick from junior midfielder Adam Kim that was far too up from the goalpost. With time winding down, Lopez tried to get his second goal of the night but that attempt was saved by senior goalkeeper Nick Shor. With one minute left in the ball game, UCSD had one last chance to tie the game but the kick from senior midfielder Cooper Lachenbruch was far top left and gave UC Riverside the win 1-0.

Lopez led the Highlanders with the only goal in the entire game. Clark and Hernandez picked up the assist for Lopez’s goal. The goalie, Gonzalez, racked up three saves and held the Tritons to zero goals scored.