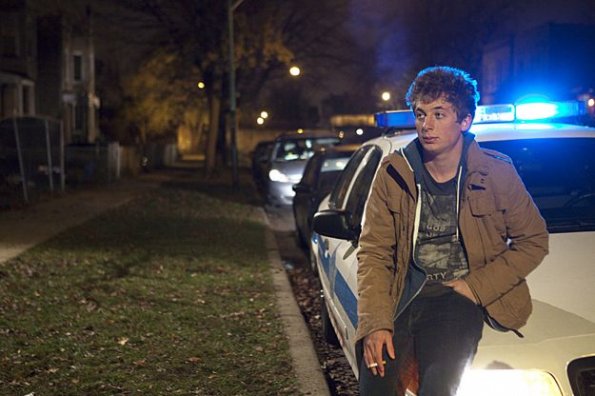 Next week is the season finale of Showtime’s “Shameless,” so it was nice to see the most recent episode of the hit comedy provide some lovely groundwork for what is to come.

Fiona’s boyfriend, Jimmy (Justin Chatwin), finds himself in a bit of trouble after failing to pick up a phone call from his wife, Estefania (Stephanie Fantauzzi), the daughter of big-time Portuguese gangster Nando (Pêpê Rapazote). Unfortunately for Jimmy, Estefania is locked up and ready for deportation, which I’m happy about because I was never fond of the overbearing talking machine.

However, Jimmy’s future is unclear since his storyline ended on quite the mysterious note after some wise words from the tough-but-funny Beto (Bernardo de Paula), who simply says to just “be a man.” Hopefully Jimmy can finally sack up this season and live another day to see Fiona, but who knows with creator Paul Abbot behind the wheel. De Paula has been pretty wonderful this season as he followed Jimmy’s developing identity crisis. It will be interesting to see how Beto plays a role in response to the tension that is obviously apparent between Nando and Jimmy.

Fiona (Emmy Rossum), on the other hand, is not even close to being in the same amount of peril as Jimmy. Instead, Rossum continues to do what she does best by portraying an overprotective and caring sister who is forever in charge of helping everyone get their lives together. Rossum is great, but the majority of her story is fluff since she spends a good portion of the episode flirting with her charismatic and handsome boss, Mike Pratt (Jake McDorman). McDorman’s performance is strong here because he is used to playing a member of a love triangle. I would not mind seeing McDorman get some more screentime due to his character’s wit and likeability.

The youngest male Gallagher, Carl (Ethan Cutkosky), is also compelling as the typically rowdy rapscallion gets himself in trouble once again. Cutkosky is good when his character is doing something stupid, dangerous or illegal, so the storyline works for him this week because the rascal runs into his father, Frank, who ultimately gives his son the idea to rob his former foster parents.

William H. Macy is hysterical as Frank, and his role sees significant development when taking the rap for Carl, who is initially arrested for the robbery. Macy and Cutkosky are fun to watch together, and both are very funny in their own right as they maintain an ever-tightening relationship.

Meanwhile, Lip and Ian Gallagher are stuck between a rock and a hard place. Lip has to make a tough decision: stay with his girlfriend, Mandy (Emma Greenwell), or somehow get rid of her before his brain damaged ex-lover, Karen, gets harmed any further. Jeremy Allen White plays his role well as he sympathises with Karen’s new state and struggles to find a way to send Mandy packing. Although I am a big fan of the hilarity that ensues when Lip and his neighbor Kevin (Steve Howey) discuss relationship issues, it is hard to believe that Lip is not smart enough to figure out a way to end a relationship.

On the other hand, Greenwell is completely believable as Lip’s over-obsessed girlfriend. After her rough upbringing, Mandy is just looking for some love, but is unable to find it. Contrary to Laura Wiggins as Karen––whose acting makes her brain damage seem fake and underplayed––Greenwell earns the sympathy of her audiences through her ability to seem as if she needs a stable relationship. Her character’s desperation does not come off as insane, but almost necessary, and a consequence of her family background.

I was not completely disappointed with White’s performance because he was still good in his role, but he has done much better work in the past. Cameron Monaghan has also done better work as Ian, but I do not blame this on him, and instead on the writing and directing. Monaghan’s portrayal has always been spot-on, but it missed the mark this week as the homosexual tough guy spends the entirety of the episode hitting the bottle and pleading repetitively to his boyfriend, Mickey Milkovich. Noel Fisher is fantastic as Mickey and the audience can see that he is as deeply troubled as his sister, Mandy. However, Ian seemed a tad whiny, and although he is usually a supportive guy who spends time trying to uplift others around him, he is never one to complain too often. Ian should have been more headstrong rather than easily dismissed. I did like how the wedding scene played out in the end as Ian, a screaming drunkard, is pulled out of the building by Lip, who had just finished yelling at Mandy.

Director Sanaa Hamri did a fine job setting up for the finale. I’m excited for the final episode and hope that creator and writer Paul Abbot gives audiences one hell of an ending to the season.