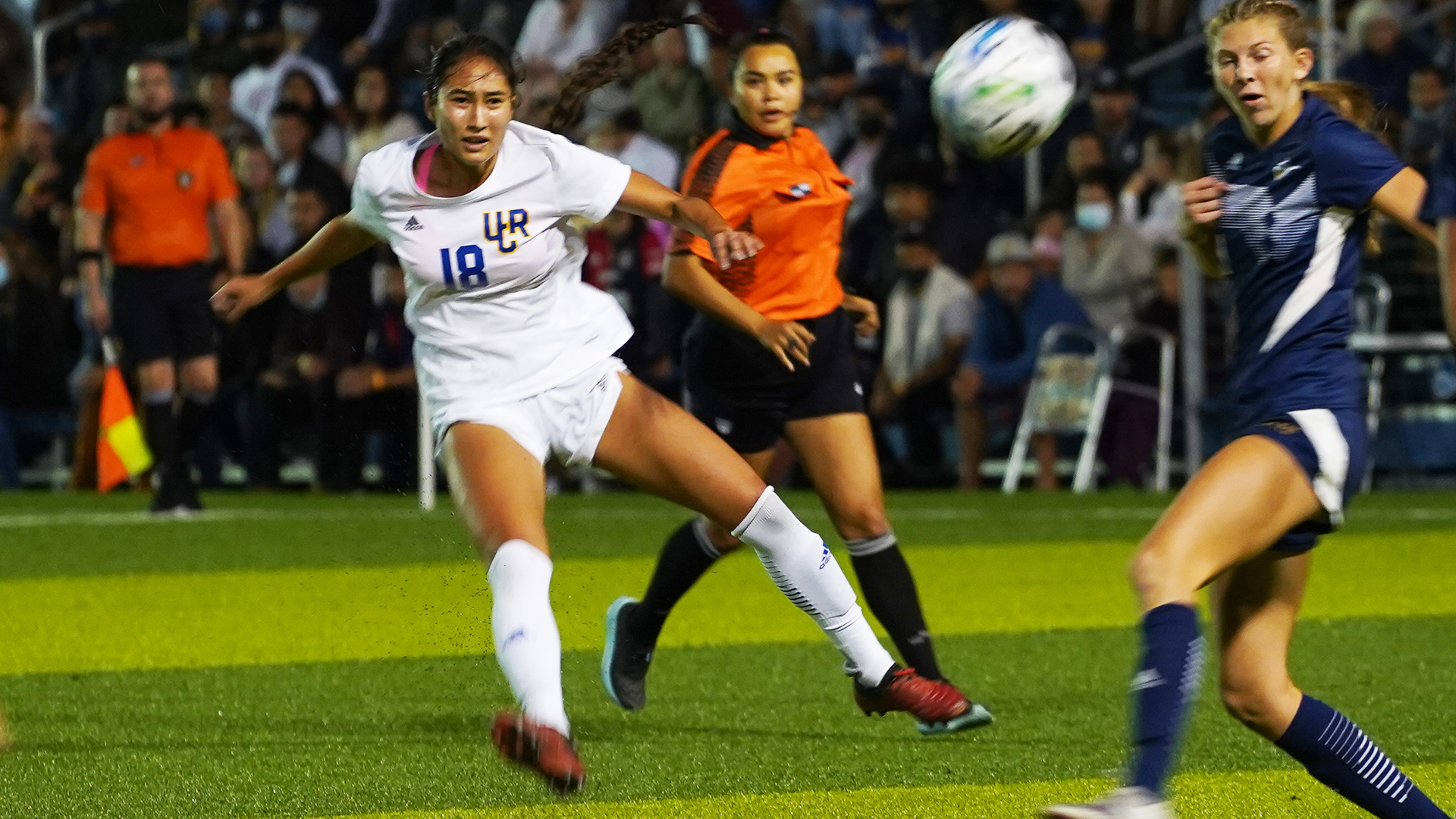 The UC Riverside women’s soccer team lost to Hawaii 1-2 Thursday night at Waipio Peninsula Soccer Stadium in Hawaii. Going into this game, the Highlanders suffered two consecutive losses in which they lost by one goal. UCR had control for most of this game before they were unable to hold onto the lead in the final minutes, leading to a shocking loss.

UC Riverside came out with intensity in the first period as they caught Hawaii on their heels by attacking early. Within the first 15 seconds, redshirt junior midfielder Alexandra Hargrave took a shot toward the goal but was unable to score. This set the tone for the Highlanders in the early minutes as UCR was in scoring position in the first ten minutes of the game. Hawaii attempted a shot toward the goal at the 4:37 mark but was unable to score. This caused some frustration as Hawaii forward Krista Peterson was called for a yellow card. Peterson tried an attempt to score soon after but was unsuccessful. UCR went back onto the offensive as redshirt senior forward Natza Marin tried her shot at the goal but missed. The game stalled for a few minutes as both teams settled down in the game, trying to figure out how to get better looks to score. After an offside penalty on UC Riverside, Hargrave came down the field and kicked the ball to redshirt junior forward Kameron Henry, who was able to get a clean look at the goal and score, putting UC Riverside up 1-0. A few seconds later, Henry came down the field once again and took another shot at the goal but this time, she was unable to connect on the score as the ball sailed over the goal. Hawaii tried their best to score but the Highlander defense made it difficult for the Rainbow Wahine to get clean looks at the goal. As the first period reached the 45:00 mark, Hawaii put a lot of pressure on the UCR defense as they were on the offensive and took multiple shots at the goal but were unable to connect.

Tempers started to flare in the second period as Hawaii relentlessly attacked the goal, putting the Highlanders on their heels which resulted in multiple fouls being called. A yellow card was assessed to freshman defender Emma Gonalez as she slid into the defender trying to prevent a score. Another foul was assessed to sophomore defender Kelsey Musolf as she was trying to battle for the ball. UC Riverside was able to hold its ground as they were able to prevent a score despite multiple scoring chances from Hawaii. Frustration ensued for the Rainbow Wahine as defender Zoe Park was given a yellow card trying to get the ball. More goals were attempted by Hawaii but the redshirt junior goalkeeper Caela Kaio continued to make plays and saved the goal on multiple occasions. At the 65:20 mark, Marin was called for a yellow flag as she collided with one of the Hawaii players, which was the second yellow card called on UCR in the second period.

Past the halfway point in the second period, the UC Riverside defense looked like they were able to toughen out the win. However, fatigue started to settle in and the Rainbow Wahine was able to break through. After a saved goal from Hawaii’s Lauren Marquez, they took that opportunity to race down the field and score. After a missed shot from forward Taylor Caporus, Caporus was able to track down the ball and kick it to midfielder Bailey Faulkner, who was able to capitalize and score, tying the game at 1-1 at the 71:41 mark. Minutes later, Marquez was able to get another save and Hawaii was able to get the ball down the field. Hawaii forward Amber Gilbert had possession of the soccer ball and was able to slice through the UCR defense and score the goal to put Hawaii up 1-2 at the 79:35 mark. Things started to get chippy between both teams as yellow cards and fouls began to pile up down the stretch. After kicking the ball away after the whistle, Peterson was given her second yellow card of the game which resulted in her being ejected from the game. Seconds later, redshirt senior forward Lenya Wood collided with the goalie, Kaio, and was assessed a yellow card. Despite all the fouls, the Highlanders had multiple chances at the end to score but were unable to connect. With 30 seconds left in the game, UC Riverside went on the offensive but they were unable to securely get the ball and kick it toward the goal. With five seconds remaining, a collision between both teams went uncalled and time expired, giving Hawaii the win 2-1.

Henry had the only goal for the Highlanders this game while attempting two shots toward the goal. Hargrave had an assist to Henry for the goal but was unable to connect any of her four shots.