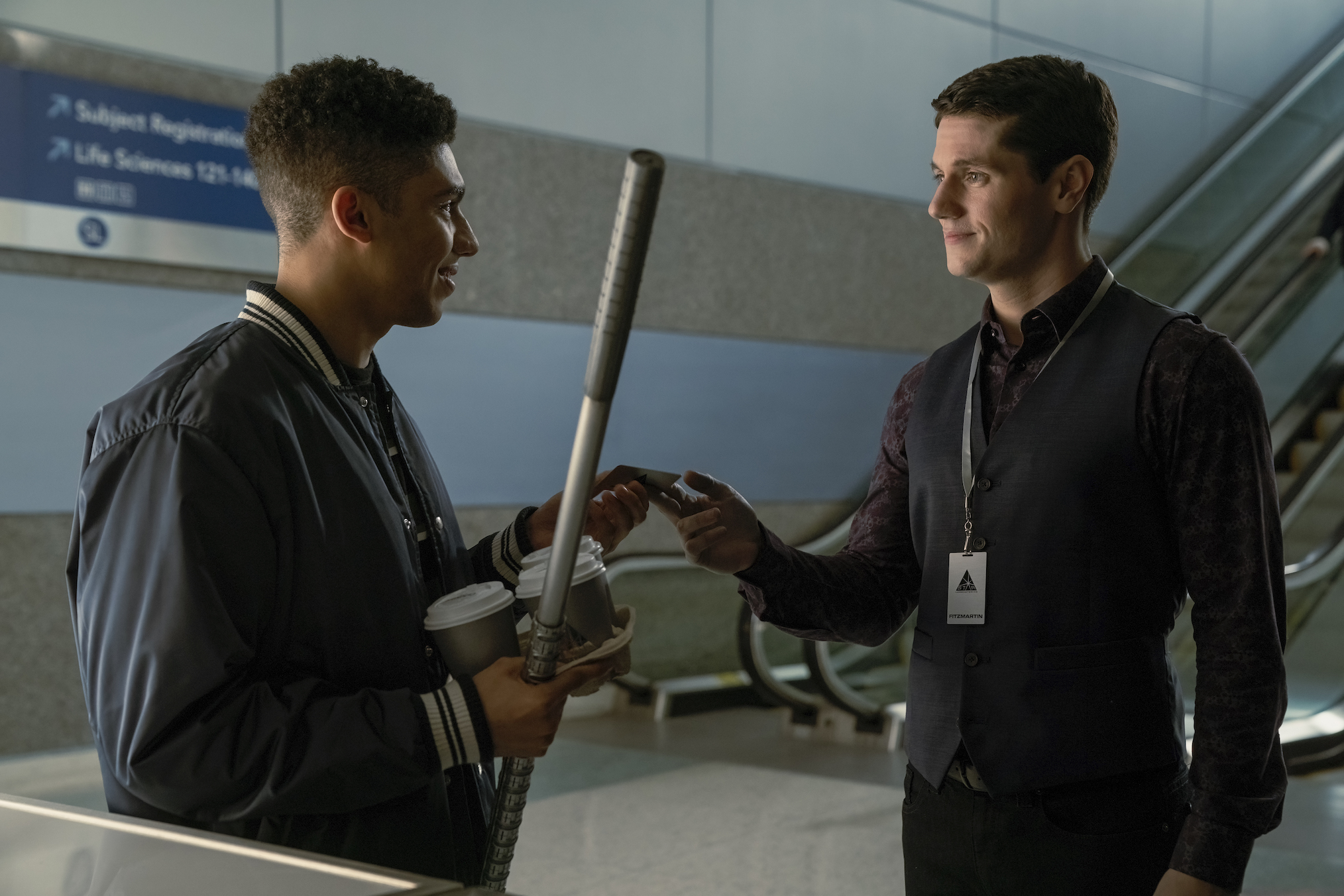 The fourth season kicks off with the upbeat crew facing off against the grim visions of a bloodthirsty cult.

Ever since its series premiere in 2018, the central characters of “Titans” have successfully faced off against all sorts of foes hailing from different corners of the DC universe. Whether it’s Trigon, Deathstroke, Scarecrow or even Jason Todd, Dick Grayson (Brenton Thwaites) and his adopted family of rookie superheroes have (almost) always beaten the odds by relying on their strength as a team. However, in the two-episode premiere of its fourth season, the Titans seem to have met their match when it comes to the mystical powers of the mysterious Mother Mayhem (Franka Potente).

Starting off where season three ended, the Titans take a visit to Metropolis so that Superboy (Joshua Orpin), can visit the person behind one-half of his genetically-engineered DNA — Superman. Yet when the plan goes sideways, Superboy and the rest of the Titans end up coming into contact with his evil other half, the millionaire mastermind Lex Luthor (Titus Welliver). True to the recurring theme of inescapable origins in “Titans,” the character growth of Superboy becomes intrinsically tied back to Luthor and his role as one of his biological “fathers.” Though this theme felt too concentrated on parental figures in earlier seasons, such as Dick Grayson’s annoyingly rebellious attitude towards Bruce Wayne (Iain Glen), it ends up fitting well for Superboy given his unique backstory.

Meanwhile, Raven (Teagan Croft) and others begin to see bloody visions that seemingly appear out of nowhere and then disappear altogether. From crimson streaks on windows blocking out the sun to people finding their food literally blood-soaked, these horrific apparitions will leave viewers truly terrified and disgusted by the imagery alone. To add further insult to injury, the force behind these gory daydreams then begins to take out ordinary citizens in slasher-like styles ripped straight out of a horror movie. As the visions and attacks begin to overlap with Luthor’s nefarious intentions, the Titans realize that they are in the midst of another big-bad situation complete with mystical complications far too gruesome to ignore. For a show that often takes its darker elements a bit too seriously at times, the frightful essence of these scenes aligns with its normally brooding nature. Additionally, the use of the “rule of thirds” in these scenes creates an eerie tension by placing characters off to the sides instead of leaving them completely exposed to viewers.

While the main plotlines of the season delve into harsh material, the lively personalities and close-knit relationships among the characters manage to effectively lighten the tone from these bleaker moments. From purposeful body language to detailed one-liners thrown between characters, the cast and screenplay work at their best during scenes that involve less fighting and more downtime for the team. The comedic relief offered by Beast Boy’s (Ryan Potter) light-hearted personality especially excels in this area as it has throughout much of the course of the series. Newbie Tim Drake (Jay Lycurgo) also brings a nice comedic element to “Titans” through showcasing the trials of being both a Batman stan and a potential candidate for the next Robin. Yet, chief among all of these this season is the electric and palpable chemistry between Grayson and Starfire (Anna Diop), which just might be enough to bring their season one romance back to life.

Nevertheless, the major antagonists of this season take no time at all in making their ghoulish methods for obtaining power known to the viewer. Although Mother Mayhem and her cult’s plan are unclear at this point, their ability to attract susceptible followers, such as the soon-to-be Brother Blood (Joseph Morgan), makes them formidable enemies for the Titans this season. The thematic element of mysticism also presents major challenges for the show as a result of Raven’s demon father Trigon (Seamus Dever), turning out to be less exciting than anticipated. Overall, the question of whether this season will stick its landing remains yet to be seen. However, if one had to guess, chances are it will definitely be a wild ride and a nice post-Halloween treat.

Verdict: This two-episode start to “Titans” fourth season showcases some of the show’s greatest strengths with the promise for even more exciting material on the way. Although the show has not always been able to find its footing, it finally seems to have found a nice groove for its brooding tone and good-hearted characters.