Two decades ago when Richard Williams announced that he had raised two future No. 1 tennis players, not many acknowledged let alone listened to his claim. Fast forward to today and the Williams sisters are among the most popular and influential tennis players in the history of the sport. On April 6, they clashed for the 24th time in their storied professional careers at the Family Circle Cup in Charleston, S.C. Though Serena dismissed her big sister in straight sets, the occasion showcased why the Williams sisters are the greatest siblings in all of sport.

We all play sports, granted some better than others, but only a minute fraction of people will actually reach the professional rank. An even fewer amount will go on to dominate their sport. Now imagine the odds of two siblings raised in the same household both having a Hall of Fame worthy career. There have been a few pairs of siblings to attain that billing.

Riverside natives Reggie and Cheryl Miller battled each other on the practice courts before becoming two of the greatest basketball players of the era. Cheryl became the first woman to score over 100 points in a single game and led USC to back-to-back national college titles in 1983 and 1984. Reggie’s silky smooth jumper positioned him as one of the best shooting guards in NBA history.

The Manning brothers (Eli and Peyton) are both Super Bowl winning quarterbacks that have led their teams to enormous amounts of success. Under the watchful eye of father Archie, the siblings have become charismatic and popular figures in the NFL and have earned millions of dollars in endorsements alone.

While many siblings have made indents in sport, none have been more impactful than the Williams sisters. Venus and Serena burst onto to the tennis scene in the early nineties and as African American sisters transcended a sport traditionally dominated by white players. Their supreme confidence and superior athletic ability catapulted them to the top of women’s tennis and at the turn of the century, they were staring each other down in the finals of Grand Slams. Today the sisters have a combined 22 Grand Slam singles titles, 26 Grand Slam doubles titles, eight Olympic Gold Medals and have earned over 70 million dollars in prize money.

When Venus and Serena faced each other for the first time since 2009 on Saturday, it was a refreshing reminder of how the sisters from Compton have become the greatest sibling story of all time. 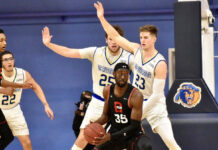 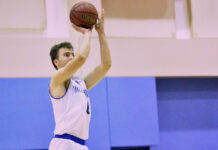