Highlander
Home Radar In season five of Netflix’s ‘The Crown’, tensions heighten as the British... 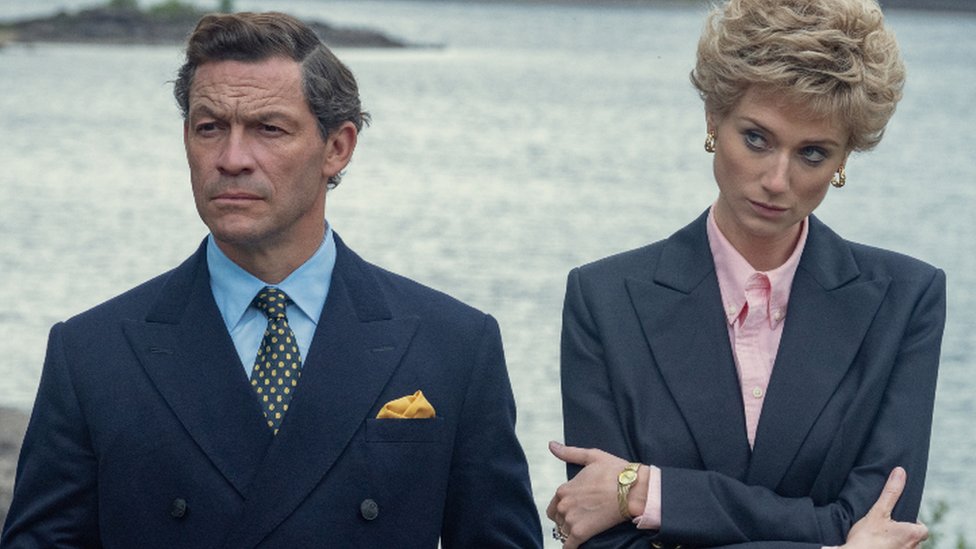 The newest season turns into a new chapter in the monarchy during a time filled with tumultuous marriages and public discord.

“The Crown” is a dramatized retelling of real-life events in the British monarchy. However, since the first season, the show has received praise and criticism. The criticism stems from the public’s discontent with historical inaccuracies. Season five faces more attention from viewers following the death of Prince Phillip on Apr. 9, 2021, and Queen Elizabeth on Sept. 8, 2022. However, fans of the show have been long waiting to see the fallout of Prince Charles and Princess Diana’s public and messy divorce.

The series follows the political and personal moments in Queen Elizabeth’s life since her ascension to the throne. The main focus of season five remains on Princess Diana and Prince Charles’s marriage and divorce, as well as the other occurrences in the monarchy between the years 1991-1997. The season also focuses majorly on the public’s view of the monarchy during this time, especially their questioning of Queen Elizabeth’s methods of ruling.

Every two seasons feature a new set of cast members to keep up with the time changes. Following every generation, the audience is captivated by the performances of the actors. This continues with the next set of cast members for seasons five and six. Queen Elizabeth (Imelda Staunton) does an excellent job of portraying the Queen’s mannerisms and character. Other actors such as Elizabeth Debicki, Dominic West and Jonathan Pryce as Princess Diana, Prince Charles and Prince Phillip, respectively, deliver eerily accurate portrayals that enhance viewership for audiences.

The overall progression allows the audience to follow the plot and keep their attention on the show as anticipation builds for the story to unfold. Despite the show being a dramatized retelling of real-life events, the viewer gains an understanding of what was happening behind closed doors. The show not only depicts the good moments but also the bad moments to not sugar-coat anything for the viewers. The season is a look into all the gossip and stories told during the time with the addition of a dramatic flair. Though its dramatic moments make the series more interesting, it does an excellent job of portraying the history of the political and significant moments in the monarchy since Queen Elizabeth took control of ascension to the throne. Unfortunately, there are plenty of viewers who see the dramatic additions as offensive towards the monarchy, as it portrays them in a different light. However, the creators of the show emphasized that the series is a retelling of real-life events and not the full story.

Season five dives deep into the lowest point of the monarchy within the system and with the public. Due to the people’s strong sympathy for Diana, the monarchy and the subsequent events received a great deal of attention from the general population. The release of season five would spark conversation back up on this time and the public’s view towards the British crown. This season covers the moment in the monarchy where the family is out of touch with each other, causing all the scandals to erupt at that moment and shake up the system.

With the series’ first release since the passing of the Queen and her husband, there is a lot of empathy from the viewers watching the show. The show portrays multiple perspectives of the story that allows the audience to sympathize with all characters alongside their flaws. Despite all the praise for Diana and the criticism towards the Queen and Prince Charles, the audience can see that Diana is not perfect and that the Queen and Prince Charles are humans. Although there is dislike from some royals of the show, especially those depicted, the show portrays them in a way that garners sympathy from its viewers.

As the series approaches its end with its last generation of actors for their roles, audiences still crave more from the show. Ending the series at season six, the audience will not be able to see Prince William and Prince Harry’s adult years. While some audiences anticipate these moments, the creator, Peter Morgan, feels that these events are too recent to be portrayed.

Verdict: “The Crown” season five has been highly anticipated by audiences for the moments that led to Charles and Diana’s messy divorce. The new season and its new generation of cast members’ performances are engaging for audiences to watch and learn more about the monarchy during this time.