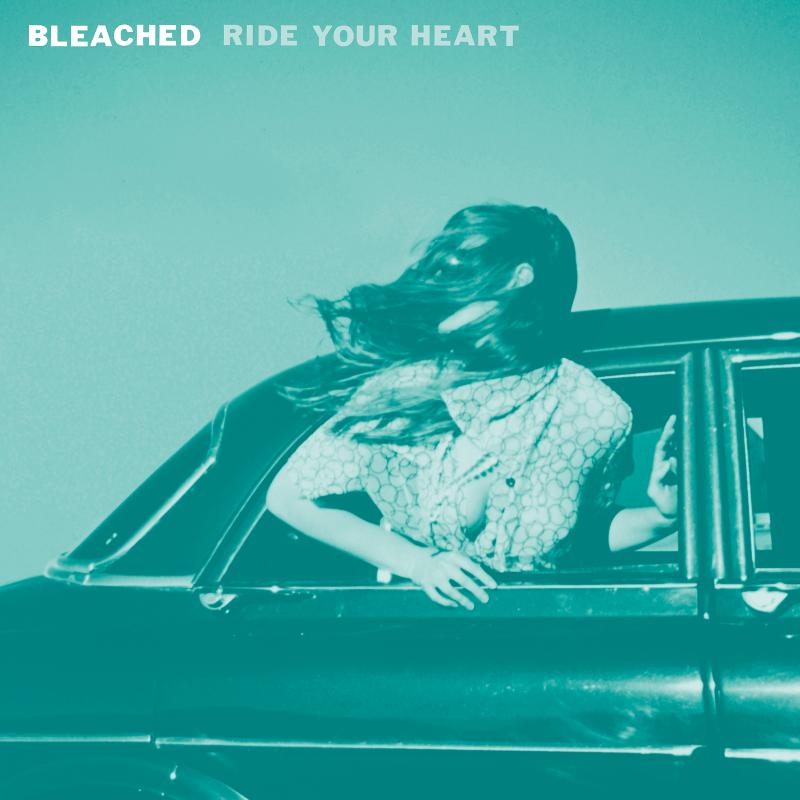 I have been waiting for “Ride Your Heart” for a few eons now, and after being teased with two seven-inch records, Bleached has finally released their first full length album––and it didn’t disappoint. The Clavin sisters, Jennifer and Jessie, have taken off their skuzzy punk coat on this release and replaced it with pleasant pop hooks and beachy instrumentation. The album as a whole sounds like the Vivian Girls had a baby with Best Coast. The album’s simple instrumentation and infectious melodies fall into the genre of lollipop punk.

The second track, “Next Stop,” includes guitars which are distorted with a spiraling and wobbling effect that gives listeners the feeling that they are wandering the desert. This is the lushest track on the album, which explodes with a piano during the last third of the song before the Clavins croon, “Get outta my mind boy / You know I think about you all the time.” This lyric is pivotal in grasping the overall emotional theme in the album: love, which runs wildly throughout the tracks and shifts from being unrequited to sweet.

“Dead in Your Head” opens up with an experimental haze of clicking and repetitive vocals that may even remind the listener of some of the odder moments of Can’s “Tago Mago.” However, this album does not concern itself with experimentation. Bleached bathes the album in sweet pop melodies and they do so unashamedly. This song is filled with hooks that are radio ready, and like most of the album, the melodies are infectious and stick inside your head.

“Searching Through The Past” sounds much better than the previous digital release. Midway through the song, a guitar interlude frolics with the drum and plays only a few notes before being met by another guitar, which adds a few frills, creating a more complex intermission. The Clavins’ voices then emerge, chanting “Baby won’t you please come on back to me,” before going into a self meditating repetition of “Come on back / Come on back,” which fades into the end of the track. This repetition feels almost desperate, which reminds the listener that this work has a sense of romantic melancholy in its themes.

“Guy Like You,” the second to last track, includes an acoustic guitar which is the first clear appearance of the instrument within the album. A guitar wobbles its way into the middle of the song, which gives it a surfy appeal. The addition of some clinking shell-like percussion and conga style hand drums lend an even more oceanic aura to the track.

This release brings simplicity and contagious hooks along with a coastal atmosphere to the table. “Ride Your Heart” is by all means an accessible work, and it does not stray too far away from the pop path. For those who wish to find a refreshing new look at beach punk, I suggest looking into this one.