Highlander
Home Radar Money means everything in ‘Madoff: The Monster of Wall Street’ 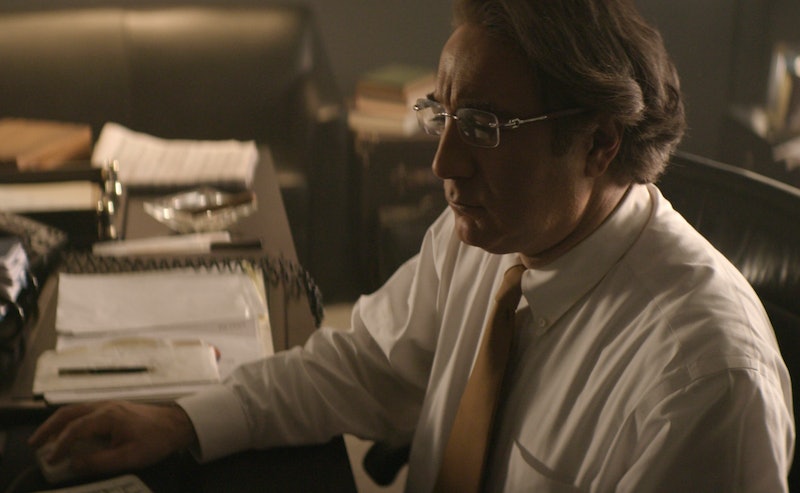 Though the financial crimes of Bernie Madoff may feel distant from our current post-Trump era, the four-episode docuseries from Netflix present a strong case for its continued relevance. Featuring Emmy winner Joe Berlinger as director and executive producer, the series sheds light on the perplexing conditions that allowed Madoff to commit unrestrained fraud for years. Through multiple interviews including those most familiar with the man and the crimes, the lifespan of Madoff’s corrupt venture is ultimately revealed in stark detail.

As the title sequence of the series plays out, Madoff’s appearance casts a notably sinister shadow over the aspects of Wall Street presented alongside it. Although this imagery is concentrated on Madoff especially, the series does not abstain from confronting other nefarious roles involved in the matter either. “It’s about this whole ecosystem that completely and utterly failed,” said Andrew Ross Sorkin, a journalist for The New York Times and CNBC, at the beginning of the first episode. In particular, the SEC’s mistake of not catching Madoff sooner is brought into view through the doc’s wide-reaching examination of his fraud over the decades. Nonetheless, while said “ecosystem” gets the dishonorable mention it deserves, “Monster” retains a clear viewpoint throughout by never letting the focus waver away from Madoff or his crimes.

Interwoven with the various interviews are reenactments of Madoff calmly running his office or happily spending time with his family before switching to the secretive interactions of his ‘Ponzi scheme.’ In episode three, the Madoff actor (Joseph Scotto) walks through the office in a shower of money before stepping out of the scene altogether, revealing the camera crew and green screens underneath. While this action is meant to reflect Madoff’s untouchability at a certain point in time, it also taps into a major theme of the series: ‘reality’ vs. ‘illusion.’ This artistic decision essentially goes beyond giving the viewer an elaborate visual aid; it exposes Madoff’s life as make-believe made real only through the use of financial falsities. Though only used twice, this effect takes a firm hold of the viewer’s attention and adds profound complexity to an otherwise rudimentary aspect of the docuseries.

Aside from recounting the cruel mess that is Madoff’s decades-long ‘Ponzi scheme,’ some of those interviewed for the docuseries act as character witnesses for Madoff and his team of fraudsters. However, there is arguably only one group whose statements stand out amongst the rest: those who Madoff defrauded and subsequently left stranded in debt. In total, listening to the misfortunes and concessions that these individuals have gone through makes the gravity of their troubles all the more important within the docuseries at large. Without these perspectives, the docuseries might have lost itself in the craziness of the fraud or the even more over-the-top display of crookedness on Wall Street overall. Blending their interviews with the others also grants a kind of decency to their experiences that fundamentally characterize the series and what viewers inevitably take away from it.

On the whole, “Monster” never pulls its punches when it comes to blaming Madoff for his unflinching role in robbing people of their money. If anything, the docuseries attempts to solidify this injustice at every moment possible — typically through Madoff’s purposely malevolent portrayal or the despicably careless attitude of his real-life deposition tapes. Yet, as the episodes progress, even the word “monster” does not seem strong enough to represent whatever ran through his mind as he cultivated his scheme over the years. Describing a person who knowingly took millions of dollars from others under false claims must take much more than a singular adjective. Nevertheless, statements from the multitude of interviewers — including those he cheated — dominate the narrative of the series. Therefore, it is fair to say that those defrauded got the last word. All in all, “Monster of Wall Street” delivers by laying out the story of Bernie Madoff in a harsh but incredibly detailed manner.

Verdict: “Madoff: The Monster of Wall Street” showcases in explicit detail the man behind the fraud and the crimes behind the tabloids. However, the docuseries does a great job of giving a voice to those most financially impacted, thus ennobling their difficult experiences instead of merely harping on the infamous scheme.