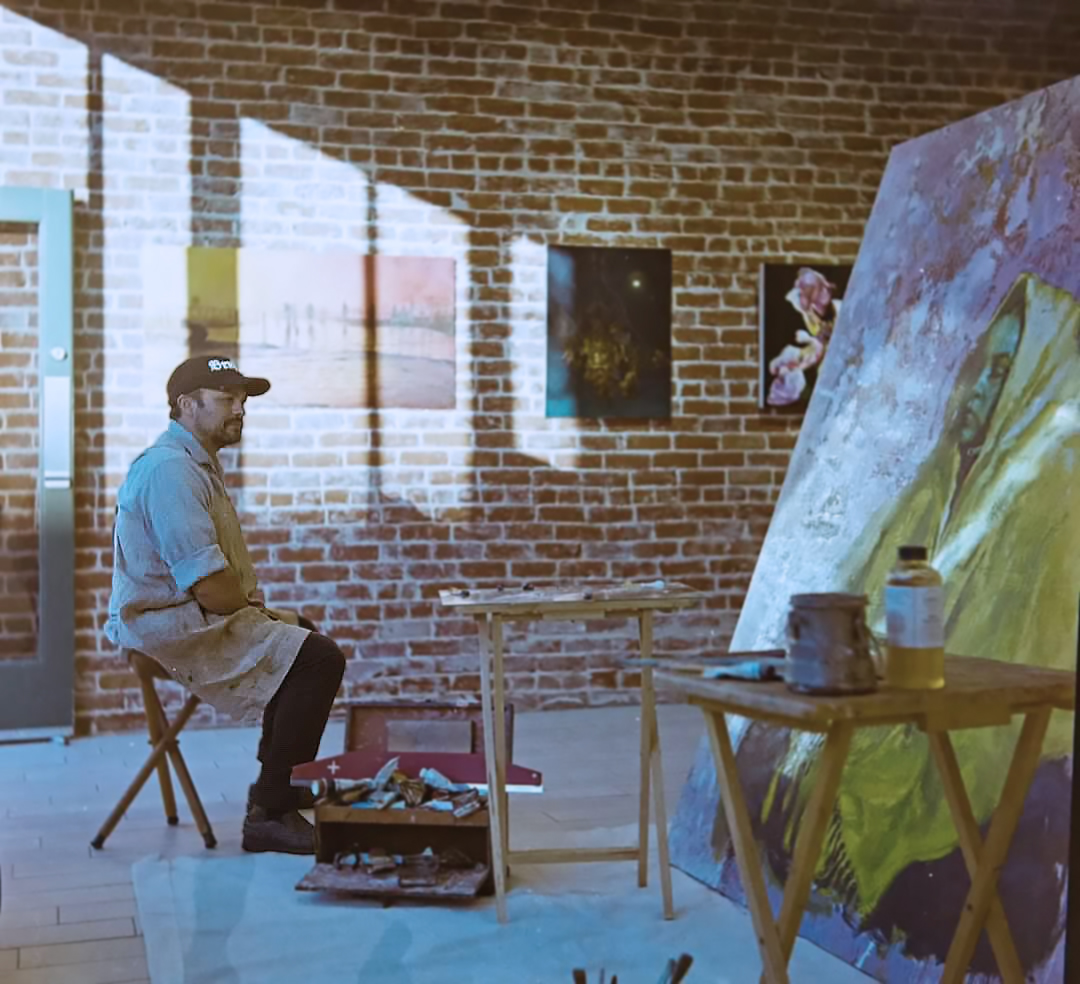 Enrique Escobedo is the proud owner of an art gallery in downtown Riverside. I had the privilege of interviewing Escobedo at his gallery. He calls the gallery, A Blve Rose. The odd spelling of the word blue resembles an ancient hieroglyph. He wanted the gallery’s namesake to look like an iconic symbol that encompasses the magic of artistic expression. The gallery serves as an open house that exhibits art pieces by modern artists. Escobedo happens to be an artist himself.

Art has been in Escobedo’s bloodstream his entire life. He could draw cartoon characters like Gumby and Popeye before he could speak. He grew up in a family that had a passion for the arts. His father was a talented musician that practiced his craft daily. Escobedo’s father tried to practice his art even when he worked full-time. This motivation showed Escobedo that if artistic expression is essential, you’ll make time for it. After the artist graduated high school, he wanted to attend the Laguna College of Art & Design. Unfortunately, Escobedo could never afford the hefty tuition to enroll.

Escobedo pursued a career in the United States military, hoping to attend his dream school after service. He went on four combat tours where he performed many tasks for the United States military. Escobedo served in the military for eight years and returned to Southern California and the military aided Escobedo in attending his dream art school in Laguna Beach. To ease back into practicing art, he started to paint based on photographs he’s taken. However, the last time he sketched a figure was in high school.

Escobedo painted beautiful portraits of his loved ones and locations he’s occupied throughout his life. He fell in love with painting as he would dream about powerful, colorful combinations that would be striking on a canvas. Escobedo knew he had to be a force within the art world.

He turned his eyes right back to Riverside. Luckily, a newly opened building was right across the street from Pixels Bar & Eatery. Escobedo took the time to renovate the space to his liking and transformed the space into an expansive art gallery.

A Blve Rose gallery opened this past year in the center of Riverside. Every month Escobedo has featured renowned Southern California artists that have inspired him. In January 2023, he featured the work of Zara Monet in an exhibit called “Luna.” Monet is an artist who originates from Los Angeles. Her paintings have been featured in The Huffington Post and LA Weekly. Monet’s paintings in her “Luna ” collection give spectators a look into the process of an artist. Monet experimented with various visual narratives that produced many different forms of paintings. Some pieces are finished, and some are in the middle of the artistic process. Her art portrays stunning jewelry with dull colors and iconography derived from pop culture. Monet’s experimentations with painting norms subvert art by opening spectators’ minds.

Escobedo always wanted his gallery to call Riverside home because of its unique location. Riverside is the center point of Southern California with its proximity to Los Angeles and Orange County,as an art movement has jolted between the counties. Riverside is on the cusp of an art revolution with the opening of The Cheech, the city’s beautification projects, and the monthly art walks that take over Downtown. Escobedo hopes to play a central role in the rise of art within Riverside.

The space an artist uses to produce work has always been a point of fascination to Escobedo. He has always wanted to make a sanctum for artists to call home. Every month Escobedo will use his gallery to spotlight a different Southern California The gallery is the marque of Escobedo’s legacy, as he hopes individuals will feel compelled to delve deeper into the art world.

Escobedo’s gallery work can be viewed online at ablverose.com