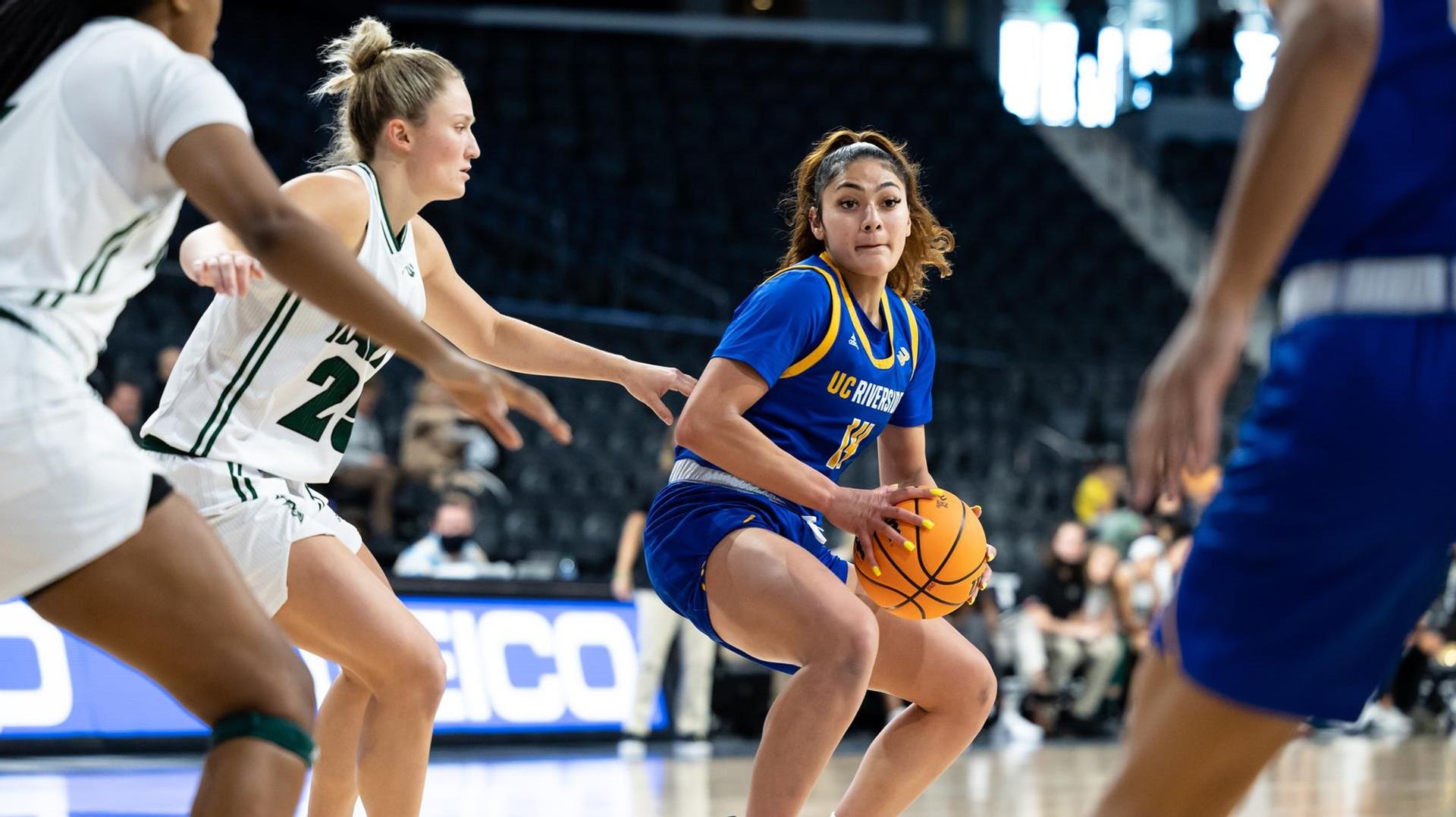 On Monday night, UC Riverside women’s basketball team suffered a crushing defeat 47-49 at San Luis Obispo. Going into this game, the Highlanders were winners of two of their last three games and looked to turn their season around. However, graduate student guard Oumou Toure hit the game-winning layup to give the Mustangs the win.

Both teams exchanged baskets in the first quarter as the score was tied 6-6 with 5:46 left in the quarter, After a timeout at the 5:05 mark, UCR went on a 9-0 run to secure their imprint on the game. During that run, redshirt junior Matehya Bryant scored six straight points to give UC Riverside a 15-6 lead before a layup from Cal Poly brought the score to 15-8 at the end of the first quarter.

In the second quarter, the Mustangs started to climb back into the ball game as the Highlanders struggled to put the ball in the basket. After a personal foul from senior guard RyAnne Walters, sophomore guard Annika Shah knocked down a pair of free throws and followed it up with a mid-range jumper to bring Cal Poly back within five points, 17-12. Bryant answered back with a layup to push the lead back up to seven points. However, back-to-back three-pointers from the Mustangs cut the Highlander lead to just one point, 19-18, with 2:02 left until halftime. With one minute left in the first half, Shah concluded her strong second-quarter performance by knocking down two jump shots to tie the game, 22-22, as the game went into halftime.

The third quarter opened up lethargically for both teams as neither team seemed to find the bottom of the net. Senior guard Maddie Willett finally broke the four-minute scoring drought for both teams by finishing a layup to give the Mustangs a 22-24 lead. Both teams continued to trade baskets toward the end of the quarter. With under a minute left, sophomore guard Jazzy Anousinh finished a layup to give Cal Poly a 33-36 lead going into the fourth quarter.

In the fourth quarter, Willett knocked down a pair of free throws to give Cal Poly a five-point lead, their biggest of the night. Moments later, Bryant sunk a jump shot to bring UCR within three points and a layup from Walters brought the deficit to just one point, 41-42, with 4:37 left in the game. Minutes later, Walters finished another layup to tie the game at 43-43. Down on the other end, Bryant blocked Shah’s jump shot which resulted in a made jump shot from junior guard Jordan Webster to give UC Riverside a 45-43 lead with three minutes left. Willett answered back with a jump shot of her own to tie the game at 45-45. After a Webster turnover, Toure was able to finish a layup to give Cal Poly the lead once again, 45-47. With 21 seconds on the clock, Walters came in clutch for UCR as she finished a layup to tie the game at 47-47 with two seconds left on the game clock. However, Cal Poly inbounded the ball from the sideline to Shah who immediately passed it inside to Toure for the layup at the buzzer to give the Mustangs a 47-49 win. 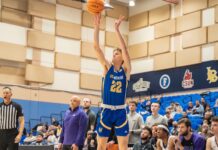