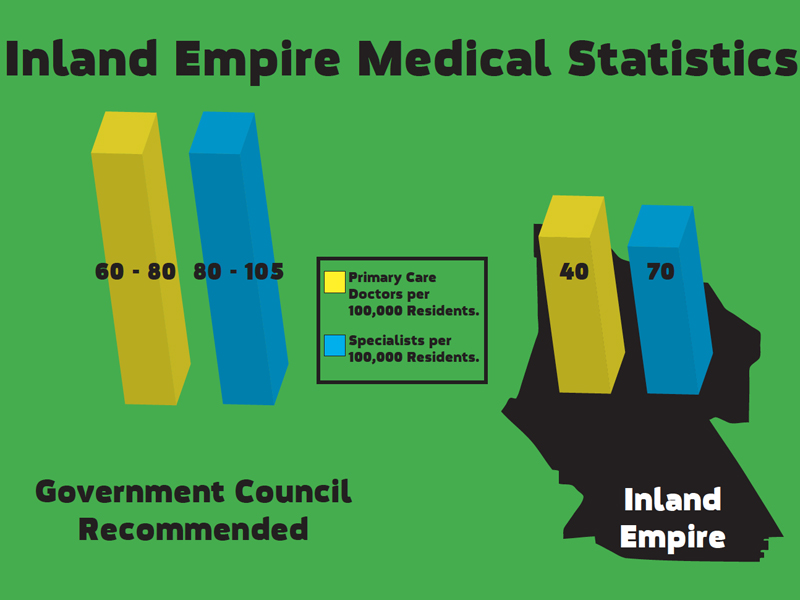 California Senator Richard Roth and Assemblymember Jose Medina have both made progress in their effort to acquire $15 million in state funding for the UC Riverside School of Medicine. The two presented in front of the Senate Education Budget subcommittee three weeks ago and delivered a joint letter with the request for the funds. Medina also presented in front of the Assembly Higher Education Committee on March 19, where the request passed with bipartisan support.

Both Roth and Medina have introduced a separate bill in each of their respective parts of government, with Roth introducing Senate Bill 21 (SB 21) and Medina proposing Assembly Bill 27 (AB 27). The bills are both identical when it comes to providing funding for the School of Medicine, yet only one bill will eventually move on to obtain the governor’s signature.

The need for physicians in the growing population of Riverside County is one of the many reasons the lawmakers are striving to push the bill through.

Another concern is the future implementation of the Affordable Care Act (ACA) which “contains numerous provisions that will expand health coverage to 30 million Americans, increase benefits and lower costs for consumers, [and] provide new funding for public health and prevention.” according to the American Public Health Association. Riverside County will be responsible for accommodating the federal regulations under the new law.

Assemblymember Medina has said the proposed budget deadline is in June but can stretch as far as the end of September. The bill still has to pass many important steps but it has sailed through its initial stages.

“It’s been a long process but I’m very hopeful by the end of the budget process we’ll obtain the $15 million that UCR needs to run the UCR School of Medicine,” said Medina. The funding will help out the physician shortage and ultimately act as an economic catalyst for the Riverside County, according to Medina.

When asked about the bill and its impact on Riverside County, Dean Olds said, “It’s not just that we need more doctors in a kind of abstract thought, [but] it’s not possible to deliver high quality, low cost care if you have such a severe shortage of physicians.”

Currently, the primary care doctors in Riverside are less than half of what the county needs. As such, doctors have to deal with an abundance of patients and cannot perform primary care. They are forced to focus more on urgent care and our county loses the benefit of prevention.

The UC Riverside School of Medicine has been strongly supported by its community since it opened. Out of the $100 million needed to open the SOM, $80 million came from Riverside County. Back in March, Chancellor Jane Close Conoley visited Sacramento and met with Governor Jerry Brown to talk about UCR and its medical school.