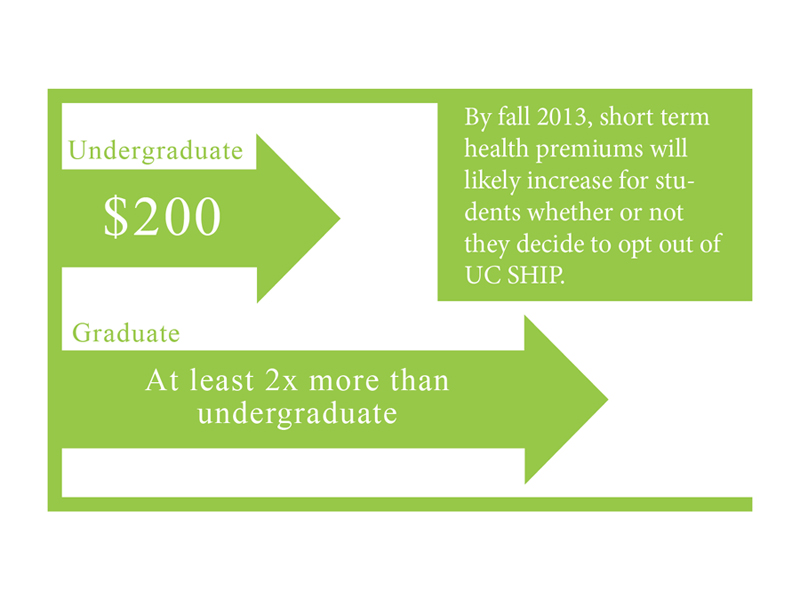 Facing the possibility of burdening an unwanted deficit, the undergraduate and graduate student body must decide whether or not to stay with the UC student health insurance plan (UC SHIP).

According to Sandeep Dhall, the UCR representative on the UC SHIP advisory committee, undergraduates may face nearly a $200 increase in fees by either staying with UC SHIP or opting out. Graduate students may incur slightly higher premiums by resorting to an outside provider.

By staying with UC SHIP, undergraduates may pay a slightly lower student premium, yet face the possibility of incurring a future deficit under the University’s self-funded health insurance plan. On the other hand, if UCR seeks a fully-funded outside health care provider, students will not be liable for future deficits that may be incurred in the following years. Thus, the campus will be given more control over the health insurance plan, since it will be in-house rather than under the UC umbrella explained Dhall.

UC SHIP, self-funded by the UC Office of President, is currently facing a projected financial deficit of $60 million due to financial miscalculations made by a consultant subsidiary. Yet, UCOP has temporarily tabled all discussion for filling the deficit.

“The student health insurance plan was intended to be self-supporting through premium, so no other funding sources are readily available. Options for funding the program will be discussed at the UC SHIP leadership meetings,” according to UCOP Media Specialist Brooke Converse.

UC President Mark Yudof assured the campuses that the financial burden would not fall upon students as of this year. Nevertheless, UCR is now making the decision regarding whether to stay within the systemwide insurance plan or to seek outside insurance brokers in the coming years. Other UC campuses are also considering the possibility of pulling out of UC SHIP.

In a SHIP Advisory Board meeting March 22, UCLA presented a proposal which would require all the UC campuses to pay a portion of 17 percent of the deficit while remaining under the SHIP coverage plan. The remaining deficit would then be paid off by UCOP. Although many campuses showed support of the UCLA plan, UCOP declined.

“Ultimately, the choice is up to the students. And from my understanding, most students want to move to an outside, fully funded plan, even if it is costlier in the short run,” said Dhall. “So right now is a good time for students to start thinking what insurance benefits they are willing to opt out to keep their premium low once the new plan is enacted.”

On March 22, the advisory board voted to remove the $10,000 annual coverage caps on prescription drugs, with most campuses supporting the elimination of lifetime coverage caps of $400,000. Converse also stated that student premiums will experience a slight increase due to the removal of both coverage caps.

Students such as second-year biochemistry Raziel Felix support the removal of the lifetime caps in order to maintain the sense of community within the student body.

“I do support this in spite of the rise in UC SHIP premium during the 2013-2014 school year. Although the rise in premium is inconvenient for everyone, from a moral angle, we as a diverse community should support those who need this lift,” said Felix.

The UC SHIP Advisory Board is still evaluating the rates of outside health care providers, to determine whether or not to leave. The final decision will be made by April 17 and the recommendations will be sent to the Executive Council for further considerations. The final decisions must be made by the Council of the Chancellors prior to May 1.

More information can be found at highlandernews.org.