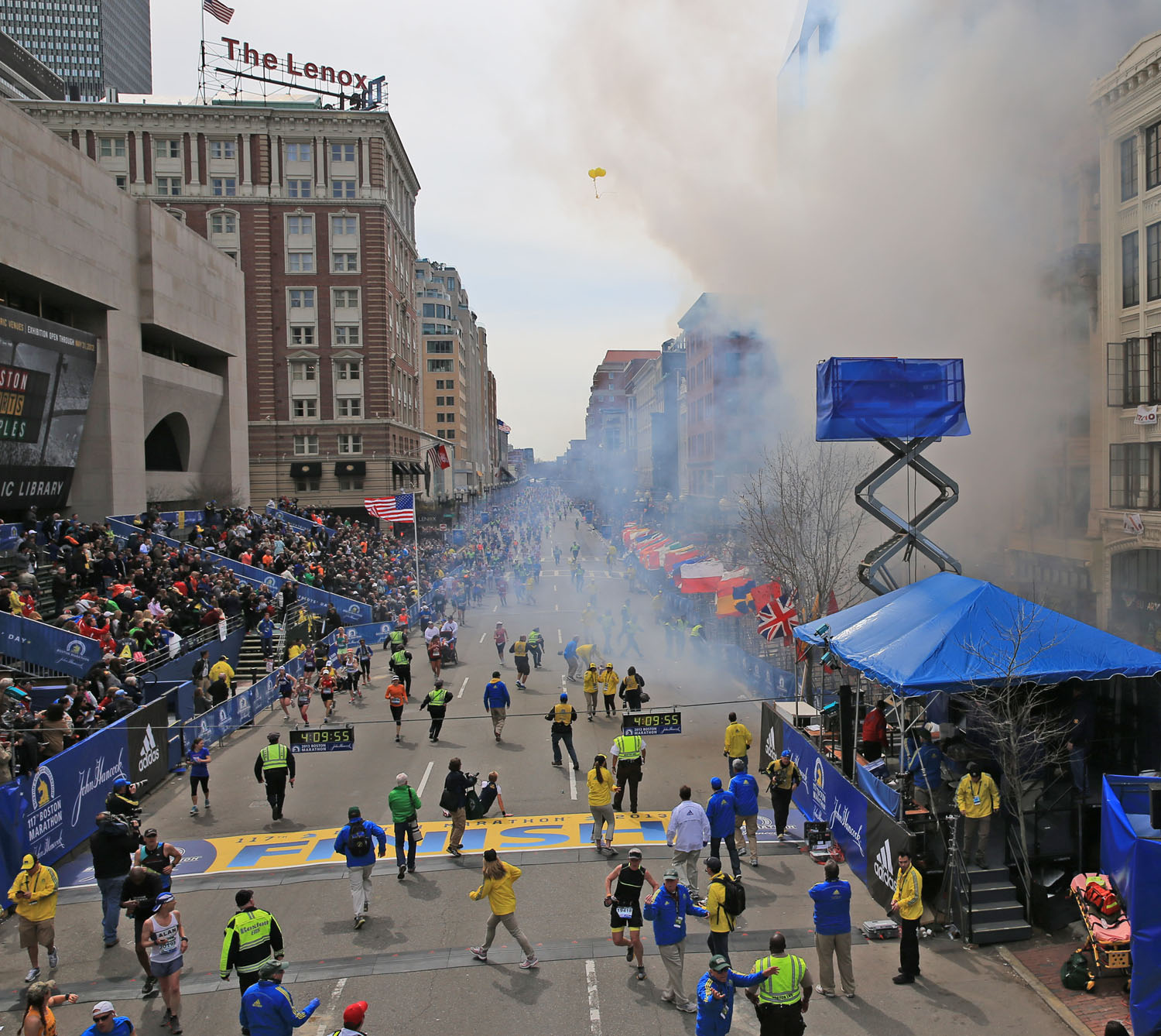 Drawing thousands of spectators and athletes from around the world, the Boston Marathon in Massachusetts witnessed two deadly bombings on Monday, April 15, which resulted in the death of Lu “Dorothy” Lingzi, 23, a former UCR Extension student and one of the three victims killed.

Qualifying in the top 10 percent of marathon runners, UCR Assistant Political Science Professor Loren Collingwood participated in the marathon alongside 26,839 other participants—180 of whom were left injured by the bombings. Officials reported that the bombs consisted of a pressure cooker filled with shrapnel and gunpowder.

Just one day after the incident, Chancellor Jane Conoley delivered her condolences towards the fallen and the injured. “This occurrence is, of course, a reminder that we should each watch out for our own community—with the clarity of purpose that avoids malice and stereotypes. I know you all join me in sending our thoughts and prayers to Boston,” said Conoley.

Growing up in the city of Shenyang, China, Lingzi studied mathematics and statistics at Boston University in Massachusetts. She and 19 other students came from the Beijing Institute of Technology in 2010 to the UCR Extension Center. There, Lingzi studied math and business for three months.

Bronwyn Jenkins-Deas, director of the International Relations Program at the UCR Extension Center, recalled Lingzi being a “bright student.”

“The important thing is she’s remembered as her name, not as a Chinese student who was an exchange student. I hope that people will learn about her because she lived such a short life. We want her to have as much impact as possible in terms of remembering things about her and what she did. It was a real tragedy,” Jenkins-Deas said in a press release.

In reaction to Lingzi’s death, Professor Collingwood felt that it was unfortunate for her to be entangled in an American sporting event, only to be mortally affected by this kind of tragedy.

“Here you are in another country, you don’t really quite understand the culture very well yet and you’re still fitting in and when I see this great American race, the Boston Marathon, it is easily the greatest sporting event that I’ve ever been affiliated with. But I do know we get a lot of international exchange students coming to UCR through the Extension Center, so it’s just really sad,” said Collingwood.

At the finish line

Holding brief recollections of the event, Collingwood said, “There’s the Boston’s Commons right in the middle of the city … but underneath it my car was parked and the bombing must have happened while I was under there getting the car out.” Finishing with a time close to three hours, Collingwood left the Boston Marathon around 1:00 p.m. — a little less than two hours prior to the lethal bombings that struck near the finish line.

Officials stopped the traffic of marathon runners near the 21-mile line due to the deadly explosion, according to the Miami Herald

Collingwood stayed at a friend’s place on Beacon Street only a few blocks away from the site of the marathon. He continued to drive a rental car in order to drop his girlfriend off at the airport around 3:15 p.m. Afterward, he planned on dropping off the rental car, but stopped for gas near the airport facility, where he learned of the bombing from a nearby driver.

At that first realization, he said, “That would explain why I was getting so many buzzes on my cell phone while I was driving and obviously I was getting ready to fly, so I was a little concerned about that.” Collingwood left for his American Airlines Flight 541 to Dallas at 5:35 p.m., where the series of events of the day began to sink in.

“I think when it hit me the most was when I was waiting in line at the airport, watching CNN, when I was at the bar and I kind of lost track of time for a second,” he said.

Collingwood then recalled a feeling of camaraderie and even mixed emotions with many of the passengers at the airport, many of whom wore the same running outfits assigned to them at the marathon.

“One of the women … asked me, ‘Did you finish the race?’ And I didn’t realize what she was asking because I didn’t know at that point that they completely shut off people from finishing. So I was like: ‘Yeah … of course I finished the race.’ But now I realize later that she was wondering if I actually had a chance … before the bomb went off,” explained Collingwood.

“I think most marathoners, when you’re in the zone, you don’t think of the possibility of a terrorist attack. It’s the last thing people would think,” Collingwood said. “You go there and feel the history of the race. What’s so cool about it is you have the elites and the pros, but then you have a bunch of people like me who have regular jobs and like running. It is something that gives us an outlet and we can still work towards improving ourselves.

Reaching out to the community

In reaction to the bombings, UCR Creative Writing Professor and California Poet Laureate Juan Felipe Herrera started collecting verses in his classes for a project entitled “Poems for the People of Boston.”

“I want students in our campus, Riverside area and California to feel very free to write down their feelings, thoughts and kindnesses so that they feel like they can do something very important for the people of Boston, that is, something uplifting, supportive and positive through a poem, in whatever manner, a line or two or more,” said Herrera. “I am also requesting assistance in sending these poems out to media, newsletters, community centers and websites in the Boston area.”

He encourages other students to become more involved on campus by writing a poem and sending them to him. He explains that the poems “give us a chance to open the doors of kindness for our community and for Boston in a time of deep need.”

Students such as Joshua Dolson, fourth-year electrical engineering major, was appreciative of lending a hand to the Boston victims.

“It’s a tragedy what happened, but it’s great to see people like Juan who are showing their support for the victims and their families,” expressed Dolson.