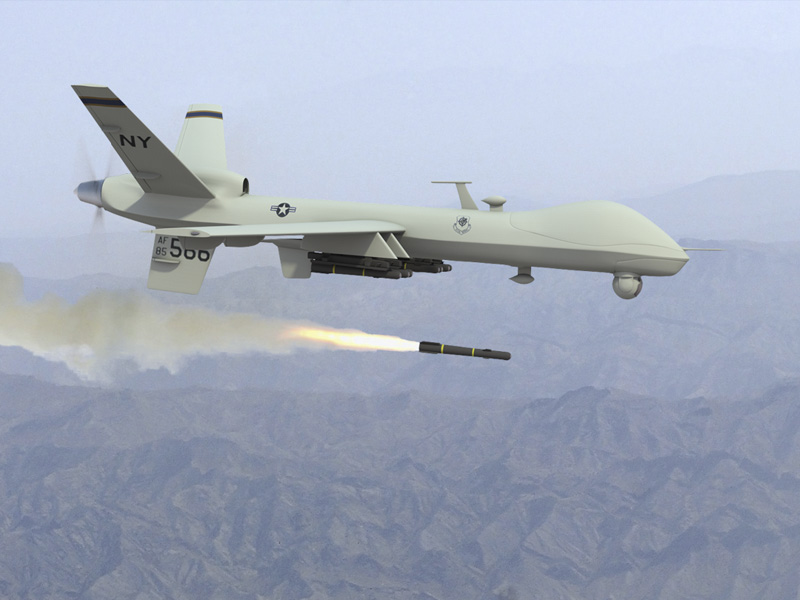 The George W. Bush administration first launched America’s secret aerial warfare on Oct. 7, 2001, a month after the tragic devastation of the Twin Towers on Sept. 11. Since then, the drone program has slowly grown and the number of strikes has increased from 50 under President Bush to 400 under President Barack Obama. The CIA, military and Obama administration have advertised that the use of drones will be safer for the Americans involved and will more accurately assassinate targeted al-Qaeda terrorists.

In an interview with CNN on Sept. 6, 2012, President Obama assured Americans that drones would only be used in “a situation in which we can’t capture the individual before they move forward on some sort of operational plot against the United States.” In other words, there must be an imminent threat that has no chance of being stopped before violent consequences take place. Unfortunately, this has not been the case and the truth has been stretched quite a bit.

I have no problem admitting that there are reasons to support drone usage, one being that the devices have been specifically utilized against senior leaders of al-Qaeda as intended. However, top-secret U.S. intelligence reports reviewed by McClatchy revealed that the strikes in Pakistan have not adhered to that promise over the past four years. One highly important example is that the drone operators were not always certain about who they were killing. This definitely calls for reforming the standards and practices that go along with the usage of this program.

Drone strikes could be very beneficial to the United States’ defense of itself and its allies. The fact is the technology is significant in the preservation of lives because the drones can be controlled from behind a desk. The downside to this is that the weapon’s simplicity can be taken for granted and result in casualties without due process.

One casualty in particular that exemplifies this is that of American citizen Anwar al-Awlaki, who was killed in 2011 by a drone strike in Yemen. If al-Awlaki was a leader of al-Qaeda or was planning terrorist operations on the United States then his murder would be justified and become a testament to the accuracy of the drones that the CIA continually attests to. However, Paul Sperry’s “Infiltration: How Muslim Spies and Subversives have Penetrated Washington” and other sources say that the proof was lacking.

Sperry reports that the FBI agent in charge of the 9/11 investigation remarked, “There’s a lot of smoke there,” when discussing suspicions surrounding al-Awlaki. He was believed to have been affiliated with a terrorist organization when he began to make “unsympathetic comments about 9/11 in the press,” in which he said that “even if someone has disagreement with the U.S. policy, even if someone feels personally hurt by people dying in Iraq and Palestine, we don’t take revenge by killing citizens.”

Alas, this is what the drone strikes resulted in: the execution of a person, and one who was an American nonetheless. These vague suspicions should hardly be an excuse for the CIA to target and kill 265 unknown extremists if they were, above all, “not senior al-Qaeda.”

There have been notable upsides to the drone attacks. This does include the killing of six top al-Qaeda leaders, but it does not mean that the tactics surrounding the strikes should not be revised. After all, Badruddin Haqqani, a leader of the Haqqani Network, was targeted for assassination, but the man killed turned out to be a younger brother, who was “a religious student in his 20s uninvolved in terrorism.”

Drone usage can be a very useful tool to decrease the risk of a detrimental attack on our beloved country, but we are supposed to be a world leader and set an example for the standards in international warfare. Minor suspicion is just not enough of a reason to give permission to attack whoever we please.

The usage of drones should not be condemned completely. There are foreseeable benefits, but the secrecy the CIA has been granted surrounding the attacks gives them the opportunity to pass a thin line on the boundaries of international warfare laws. If the attacks continue without proper justification then the United States could see even bigger repercussions from frustrated foreigners who suffer great losses.

The New York Times has stated that “the public might know more about the drone program if it was shifted more to the Pentagon, which, operating under different laws, has more flexibility to be transparent than the CIA and is more circumscribed by international law.” If there needs to be a shift in responsibility in order to make the program more accurate and dependable then I am all for it. I just hope that President Obama’s promise, as the New York Times puts it, “to break down the wall of secrecy and work with Congress to create a lasting legal framework for drone strikes,” holds true.