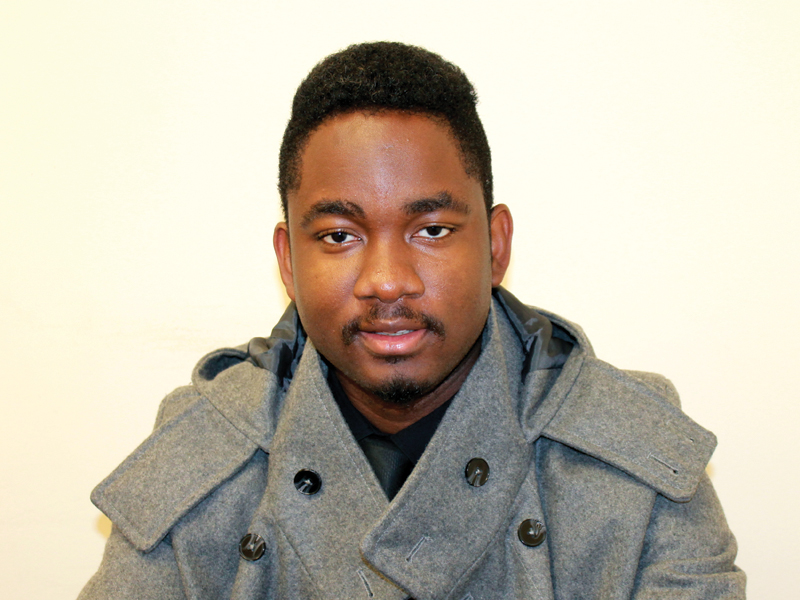 Samuel O. Mbisike, author of “The Other Side of Desire” is a third year student at UCR studying political science and international affairs. He transferred last fall from Mount San Antonio College and published his book in 2011. Mbisike sat down with the Highlander to discuss his work and he went on to talk about the philosophy of the book and what he hopes people get from reading it.

According to Mbisike, he finally completed the book after four years of strong determination. The end result was not a necessarily a novel, but a sort of love manual. According to him, his motivation was to write a book that provided insightful knowledge about what it means to love. He also wanted to prescribe healthy ways to cultivate relationships.

He chose to market “The Other Side of Desire” in the United Kingdom after being referred to the Ministry in Art publishing company by a friend in London. The book is now available in bookstores and websites all over the world. Mbisike said, “I wanted to go beyond, international.”

As a writer, his endeavors were to see people happy and provide insightful knowledge about what it means to love. According to Mbisike, although emotions can be indecipherable and therefore deceiving, he was able to study his romantic affairs and weigh the good and bad to discover undisclosed purposes behind his relationships. Mbisike wanted the book emphasize the significance of having a companion rather than a short-term fling.

“It is best to be very open at first and build a friendly foundation with the person you’re interested in before you finally commit to a long-term relationship,” Mbisike suggested. Upon entering a relationship, we throw a generation over our shoulders, he said. This means we must learn about the things our partner carries, the people he or she has met, his or her family background and personal experiences to have a successful bond.

He chuckled, “And by gathering this information about the person—I don’t mean to go about it in a stalking creepy way, but in a natural way.” Drawing parallels to the Internet, Mbisike stated that it is highly tempting to constantly look at your love interest’s Facebook wall or obsess over an ambiguous tweet he or she wrote. He also insisted that, “It’s not recommended to admire another person by means of a social network because it can develop into an obsession and love is not an obsession.”

As he put it, the Internet provides an arena for cheating and adultery. “It connects you to the whole world and if you don’t set boundaries for yourself as a person, then you don’t have no value or you suffer from low self esteem and you are in the wrong relationship,” he said. “No one will teach you, it requires self-discipline.” As he put it, it’s a matter of choice to persevere in a complicated relationship so knowing what you want is crucial. It’s all about choice, setting boundaries, discipline and becoming familiar with your love interest. His advice is to create avenues not just from one perspective, but to see how this person acts with other people, his family, his co-workers, even at the store.

“The Other Side of Desire” is meant to diagnose one’s emotions whether they are passionate or a flame that can easily be extinguished. Mbisike suggested that is imperative to be familiar with such delicate aspects of yourself and the other person, your heart and health. Mbisike hopes his book will compel all from its beginning and hopefully serve as guide for those looking to be with someone else. “When you meet a person, invest time in them and love will grow. If you’re not ready for a relationship, do not go into it. You want to be in it for the long term not be someone’s ‘side chick,’” Mbisike grinned.

Samuel Mbikise concluded with the most scintillating confidence, stating, “It’s better to be alone than to be with someone who makes you feel alone. If you feel lonely, it is a sign that you should probably walk away.” After an uplifting conversation with him, it was evident why he was able to accomplish such a beautiful thing. Mbisike carries himself with conviction in the spoken word and across the page. If you’re conflicted or desiring to tackle on a romantic experience, Samuel Mbikise hopes “The Other Side of Desire” is for you.