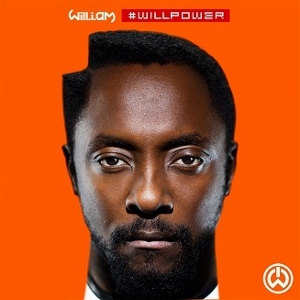 I feel that the majority of people who listen to the Black Eyed Peas solely do so because of Will.I.Am. The reason people listen to Will.I.Am is still unbeknownst to me. After giving the rapper/writer/producer another shot, despite my typical reluctance toward listening to generic club music, William Adams has only managed to solidify my belief in his lack of creativity. I guess Will.I.Am will remain the voice of the short-skirted, shot-taking party girl.

Many self-aggrandizing artists join Will.I.Am on this excruciating adventure through over-synthesized lyricisms, including Britney Spears, Miley Cyrus and Chris Brown. They all contribute some sort of over-the-top “reach for the skies” chorus that simply feeds back into a self-congratulatory pop fixation––one that has led to insane monetary rewards for the artists, and a generation obsessed with moronic catchphrases and jumbled club beats.

Aside from the worsening beats, the lyrics are reason enough to chase away any first-time Will.I.Am mishmash listener. Songs like “Gettin’ Dumb” are testaments to Will’s lack of originality when the best he can seem to come up with is “We go out / get dumb / we drink / get dumb / drugged up / get dumb,” and so on. When it comes to a song entitled “This is Love,” one wonders how the line “House beats housin’ / bouncin’ in the ghetto” even pertains to the dissociative title. However, I do expect a lack of uniqueness and originality since the musician has resorted to stealing others’ music.

Will.I.Am may know how awful his new music mixture is––or he has simply run out of new ideas for his pop-crazed fan club and still wants to rake in the dough. Either way, his resort to plagiarism is highly inappropriate for someone who thinks of himself as a professional artist. If readers are familiar with popular DJs Matt Zo and Arty, they will notice that Will.I.Am’s new track “Let’s Go” rips off the exact electronic beat used in the song “Rebound.”

Arty and Anjunabeats, the label that owns the rights to Zo and Arty’s song, have declared that they never cleared the rights to “Rebound.” Matt Zo has since stated that it was unethical for Will to deliberately purloin their work, even though the copyright infringement will most likely garner wanted attention to their artistry. In response to the negative publicity, both Chris Brown and Will stated that they have no idea who Zo is.

There is no reason to condemn the entire album on one fluke, but British singer-songwriter Tulisa has even decided to ignite a legal battle for royalties to Will’s song “Scream & Shout.” Will.I.Am controls a massive amount of influence over a certain culture in today’s day and age, but how can anyone take the supposed “artist” seriously if he is clearly stealing the work of others? Will.I.Am’s newest album is terrible and makes me check my ears every few minutes to make sure there is no blood dripping from their canals, but this barefaced act of plagiarism discredits all of the work Will has done thus far.

I would have been gracious enough to award the album one star purely based on the fact that some of his songs could perhaps be fun to bounce around to in a club, but I cannot respect an artist who obviously ripped off another without any acknowledgement and has such a blatant disrespect of the music world.