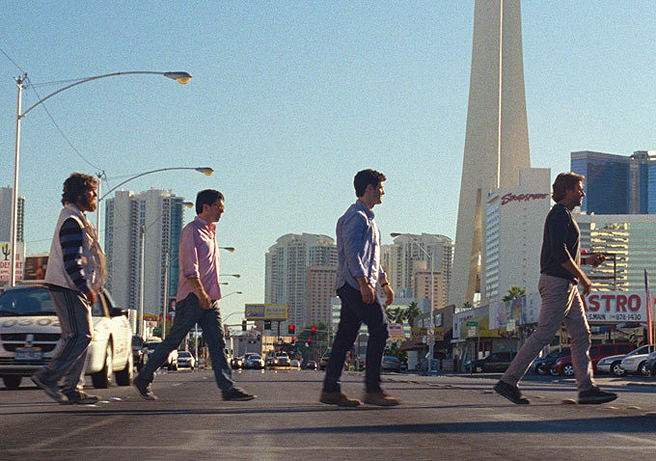 It came as a big surprise that the conclusion to Todd Phillips’ “Hangover” series involved no hangover at all. The decision to completely stray from the premise that ultimately led to the second installment’s utter failure was most likely due to critics’ complaints about how much of a facsimile “Hangover II” actually was. “The Hangover Part III” is nowhere near an exact copy of the first two films, but that may have actually been a reason why the ending to the trilogy was still a flop.

As I sat in the movie theatre watching the Wolfpack get together once again, I kept waiting for the morning-after scene where Stu (Ed Helms), Phil (Bradley Cooper) and Alan (Zach Galifianakis) awake to realize that everything has gone awry. I would hate to spoil too much for dedicated Hangover fans — if there are any — but this moment does not grace audiences until after the credits roll.

Galifianakis has always been the strongest comically in the Hangover films, and remains so in this last picture. Consequently, he may just be the only remainder of comedy left, since “The Hangover Part III” plays out more like a crime thriller than a goofy, over-the-top comedic flick.

On their way to drop Alan off at a rehabilitation center, the four members of the Wolfpack, including Alan’s brother-in-law Doug (Justin Bartha), are forced off the road by Marshall (John Goodman) and his gang. I have never met anyone who hates John Goodman, and I don’t think I ever will. Goodman does good work here as expected, but doles out no humorous lines. Marshall is a very serious gangster and gives the movie a stern vibe, only enhancing the crime thriller aspect. What we’re left with is a franchise trying to be something other than a carbon copy of the first film, and its protagonists merely going through the motions of their expected roles.

The violence in this film is not done for the sake of shock humor or exaggerated to the point of hilarity, but for the purpose of the violence itself. Moviegoers remain in the midst of a cat-and-mouse game between Marshall and recently escaped convict, Mr. Chow, whose role is reprised by Ken Jeong. Mr. Chow was funny in the first film and less so in the sequel, but I’m not sure what to make of him here. Jeong is actually supposed to embody the attitude of a tough criminal who poses a large threat to Marshall’s illegal operations. This concept barely works, purely because Jeong is so engraved into the series that we hardly even bat an eye — even when we notice we’re not actually watching a comedy.

There are some laughs here, especially when Melissa McCarthy’s Cassie is introduced. However, both old and new characters do not serve much of a purpose aside from simply pushing the plot forward.

In the midst of all the chaos, fans get the expected absence of brother-in-law Doug from the majority of the story, even though he does get more screen time compared to the other films. Phil once again steps up as the leader of the pack and Stu falls into being the unlucky third party, who doesn’t do much besides shrill like a little girl and yell out rhetorical questions (“Are you insane?!,” Are you kidding?!,” “What are you doing?!”). Yes, what are you doing, Phillips?

I do give Phillips credit for attempting to craft an original premise for the finale. Plus, the plot is much more exciting and intense than the second film ever was. But “The Hangover Part III” takes itself much too seriously. Note to Phillips: Stick with the absurd if you’re going to pursue a comedy series.

A few upsides to the flick would be the aesthetics of the places in the film and some well-crafted action sequences. One thrilling scene in particular occurs on and inside Caesar’s Palace when the gang returns to Las Vegas.

Yet I miss the outrageous gags that made the first picture work so well, even though I understand Phillips’ choice to take the last movie in a different direction. If only he could have developed a clear balance between extreme comedic situations and action, we probably would have seen a better film.

Coincidentally, the post-credit scene was clearly inserted as a respectful self-reference to the earlier pictures. It also added some nice fluff with some deserved giggles before exiting the theater.

But, in the end, the Wolfpack just looks too exhausted to have fun with the chaotic situations into which they are thrown. They must be the most unlucky group of guys to have ever stepped foot in Vegas. Perhaps Phillips should have stopped after the first Hangover and put his energy into a suspenseful heist film instead, since he seems to want to take that route.

“The Hangover Part III” was nowhere near a successful ending to the series, but did outdo the precursor and was almost an appropriate farewell to the Wolfpack. Sadly, the trilogy is just as exhausted as the four rowdy boys who originally just wanted to have a good time in the city of sin.