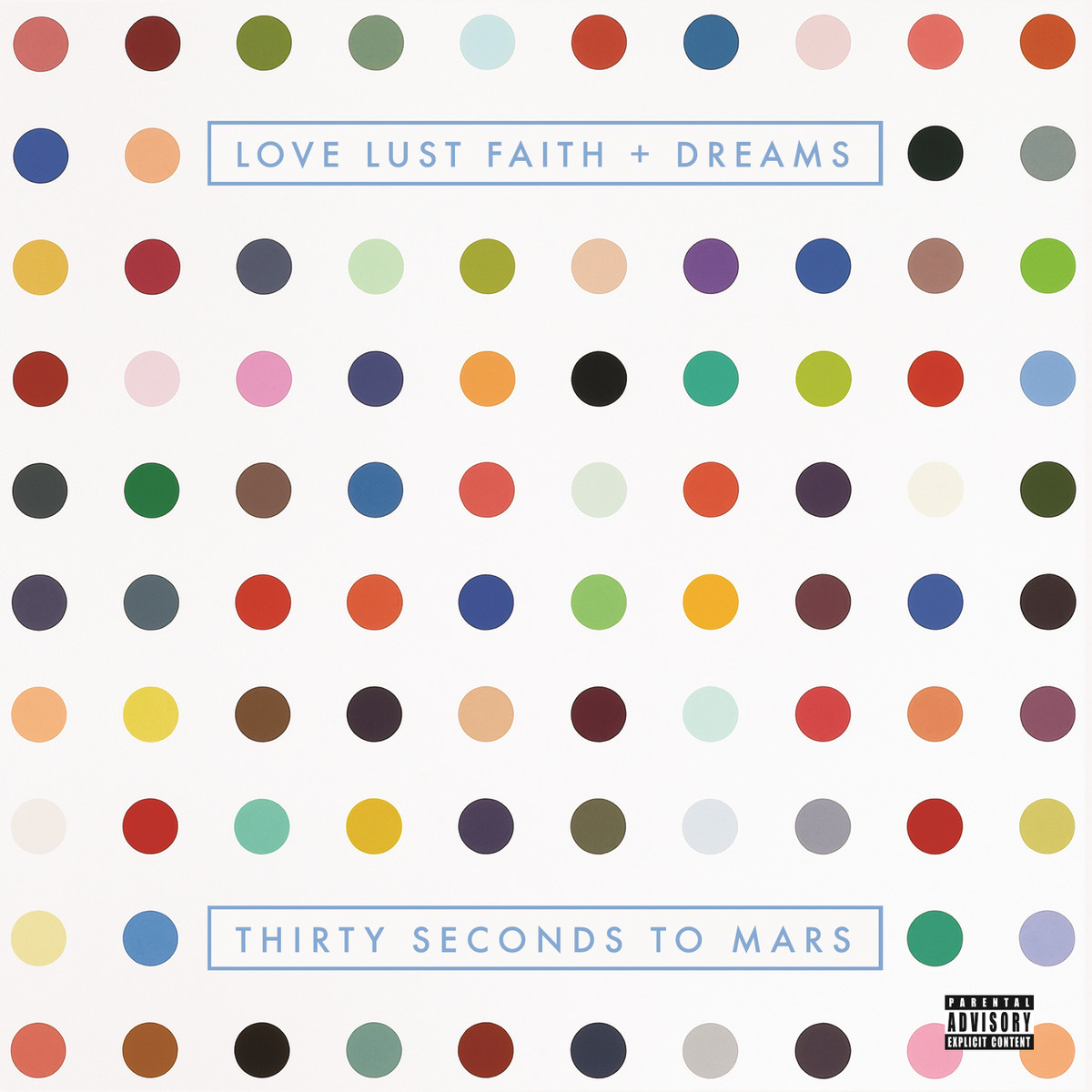 Southern California’s own 30 Seconds to Mars has released another stellar album with “Love Lust Faith + Dreams.” As the title suggests, the band explores themes of lost loves, chasing dreams, losing oneself and new beginnings.

Their single, “Up in the Air,” is definitely one of the best and most defining songs on the album. As Jared Leto sings, he describes himself doubting his life, including past loves and current dreams. He says, “I’ve been up in the air, out of my head / Stuck in a moment of emotion I destroyed / Is this the end I feel?” The singer is torn between loving and hating his past flame, using ironic lyrics such as, “l’ll wrap my hands around your neck so tight with love, love, love,” and embracing a broken heart by stating, “You were the love of my life.”

“Bright Lights” is a soft rock song with a calming vibe that picks up a little in the middle with electric guitar riffs. Like many of the other tracks, the background “Whoa, oh oh oh oh oh / Whoa, oh oh oh oh oh” lyrics are frequent and fun. It has a more romantic tune to it, as the lyrics consist mostly of looking for a new beginning in the big city. Love is also important, as Leto says “She dreams of love” repeatedly and implies that most people in that city are dreaming of love as well.

“Northern Lights” has a few creepy lyrics, such as “I cannot wait to dance upon your grave / They don’t even have a soul left to be saved,” but the instrumentals in this song are amazing. The orchestra is present throughout the entire song—especially the powerful trumpets and high-pitched string instruments—and gives greater emphasis to the song’s dramatic lyrics.

“Depuis Le Debut” begins with Leto growling morbid lyrics, repeating, “There will be blood.” But as the song progresses, the violin and accompanying string instruments are fast, strong and dynamic because they’re mixed with electro pop sounds.

“City of Angels” has a soft rock melody and a good beat, but is more of a cliché song about growing up in Los Angeles. The song references tons of Hollywood glamour, but provides nothing new or original. “In the land of a billion lights / A boulevard of hope and dreams / Streets made of desire.” Ultimately, the singer describes how the city is his home, and the song is pulled together by the passion conveyed in his voice for his hometown.

“Love Lust Faith + Dreams” has dynamic piano riffs and great crescendos, which gives the album a powerful vibe. Whether the band is speeding up the tempo or slowing it down, Leto’s voice is always steady and on track. He tends to jump between whispering, growling and yelling throughout the album, but his voice always remains clear and enjoyable to hear.

The album’s title is definitely accurate. Whether Leto is crooning about love or growling over dreams as violin riffs dramatize lust and faith, all of the emotions and themes of 30 Seconds to Mars’ latest work are vividly present and striking.

‘The Mighty Ducks: Game Changers’ lives up to the original trilogy