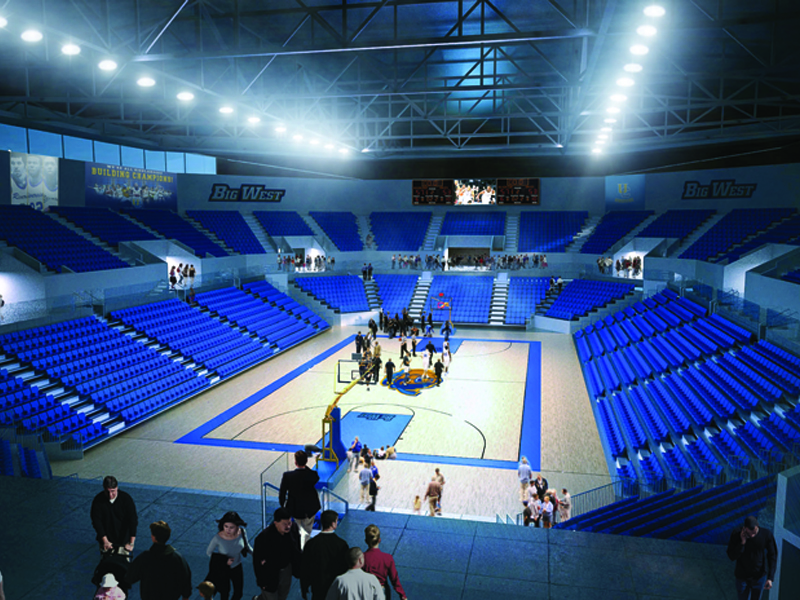 Despite the shifting of locations and difficulty amid standard business procedure, UC Riverside’s attempt to get an arena on campus is still underway. UCR has explored different avenues to keep the project moving forward. The latest proposal for the university’s multi-purpose sports arena now includes an independent, non-UCR affiliated “development team” that will plan, design and finance the arena on the university’s land. The university’s “Request for Qualifications” document laid out the most recent plan for the construction of the C-Center and called for potential developers to submit their teams and ideas for the project by May 15.

In the proposal, UC Riverside would provide the land at the corner of Iowa Avenue and Martin Luther King Boulevard while the development team with the successful bid handles the financing, development, business and management of the center as well as maintenance and operation. The team may also have naming rights for the C-Center, now pictured as a 6,000- to 8,000-seat arena with costs nearing the $80 million mark. A 30-year lease between the two sides would be on the horizon. The developer-led team would be in charge of filling other dates, aside from “anchor” Highlander Athletic events, to produce revenue for the center.

The C-Center has delivered enthusiasm to the campus since its announcement last year. Within the last few months, the arena has gained a plethora of supporters including  the dean of UC Riverside Extension Sharon Duffy, former UCR Chancellor Timothy P. White, Interim Chancellor Jane Conoley, members of Riverside’s city council and the general student body. The location was originally set to replace Bannockburn Village with a parking structure nearby but was scrapped in favor of land near Iowa Avenue and Martin Luther King Boulevard.

UCR Athletics Director Brian Wickstrom, the major force behind the C-Center, has stated that interest in the arena has been sufficient, with several different companies submitting the qualifications before last week’s deadline. The university will now pick three finalists by the end of the month before a more detailed outline called “Request for Proposal” (RFP) will take place over the summer in which the finalist development teams will offer early building and site designs as well as a management plan. The RFP document points to the ultimate goal of finding a suitor before the fall.