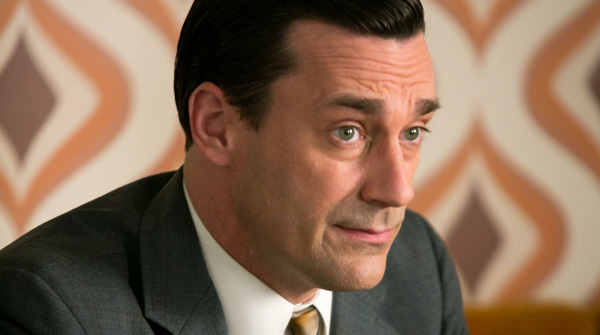 This week’s “Mad Men” opens with a literal bang as audiences witness a Chevy executive accidently shoot Ken Cosgrove in the face. Fortunately for us, Cosgrove is fine. I am fairly confident Matthew Weiner is going to refrain from killing anyone off this season, considering that it would water down the storylines that have developed as a result of the company merger.

Instead, Weiner has decided to echo past seasons. Fans who have stuck around for the entirety of the show are familiar with the whole “Who is Don Draper?” mystery that made season one so interesting. As we found out, Draper is actually Dick Whitman, and the show progressed into other mysteries. However, I couldn’t help but realize that I have been wondering the same thing about Bob Benson, the man who recently appeared out of nowhere and has been working his way up in the company.

Bob Benson emerged this season as a peppy account man who brown-nosed his way into the favor of the partners. Thanks to Weiner’s talent and the skilled writing, audiences accepted Ben’s subtle acclimation as the season went on. James Wolk is impressive as Ben, almost as much as Jon Hamm’s Don/Dick character. Ben is nowhere near as devious as Don but Weiner did insert his character to make a point — that the company keeps making the same mistakes.

Like Don Draper, Bob is not actually Bob Benson. We do not know who Ben really is, only that he lied on his applications and managed to fake his way into a position at an advertising firm. The reason for all of this is his embarrassment about his shoddy childhood.

The only person who notices that something is up with Ben is Pete Campbell. This is not only because he was taken aback by Ben’s flirtations in the last episode, but because Pete recognizes competition. After Cosgrove is injured, he decides to give up the agency representative game to stay in the office. Pete jumps at the opportunity, and is granted the job on one condition: He must work with Ben. Pete sours at the idea and tries to edge him out, but the partners insist. Now Pete has some decisions to make, and the plot thickens.

Vincent Kartheiser must have been molded for the Pete Campbell role because he is perfect. I love seeing PEte spend one moment trying to sabotage someone’s job (having Duck Phillips look into Benson’s past) and another moment having the smarts to force a necessary compromise. Since Pete seems to be the only one who has learned from his mistakes (mentioning Don’s dirty past to Pete in season one), he has the intelligence to recognize when to accept defeat. He once tried to edge out Don and failed. Now, instead of wasting time ridding the company of someone who is widely supported, Pete simply lays out terms and this gives him the power because Benson believes he owes Pete a huge debt.

The Campbell-Benson relationship was a definite highlight this episode, but so was Don Draper on all accounts. First, Don was expected to drop Sunkist as a possible client. Second, the audience assumes that he will keep his mouth shut about Peggy and Ted’s relationship. (Of course, Ted should know better.)

Don Draper always gets the upper hand, and even though it wasn’t expected this season, I was excited to see Don rip into any coworker in his typical nonchalant way. Once Don spotted Ted and Peggy at the movies together during work hours, he knew he had leverage. Harry Crane called from California to inform Don of the massive influx of wealth the company would see if it picked up Sunkist. We know Don is really looking out for himself, but he handles his business brilliantly and that is what makes Don Draper and the show so great.

Don and Ted have had a back-and-forth competition all season long, and as of now, Don is the clear frontrunner. I’m cheering for Don since Ted just doesn’t have the guts to step up to the plate and play the fierce game that Don weaves so intricately.

Ted is a good man, but too wrapped up in Peggy to realize a bad business decision. Sorry, Peggy — you are talented, but you just cannot stretch the budget beyond twice its size for one commercial. Seeing as Don has hardly any wiggle room, he does what he can to force Sunkist on Ted. This comes easy because we all know Ted wants to pad his wallet with the heftier paycheck. After that comes Ted’s decision to let Peggy run the advertising for the campaign. Long story short, Don hints at their relationship during a meeting with a client, and when faces turn red, he swings the direction of the conversation into his lap, where he takes full control.

The acting here was phenomenal all around. Ted and Peggy are completely believable as two lovebirds. Don is fantastic, as always, as the aggressive director of creativity who knows how to bend an outcome. And when it comes to the others, their roles were just as impressive in supporting positions. With one episode left, I can only hope for one more addition to the box of golden finales.

As a side note, the Sally-Draper story line was not very pertinent, but Kiernan Shipka is a skillful young actress and deserves an honorable mention. Plus, it was nice to see her and Matthew Weiner’s son (Glen Bishop) together again in an episode.