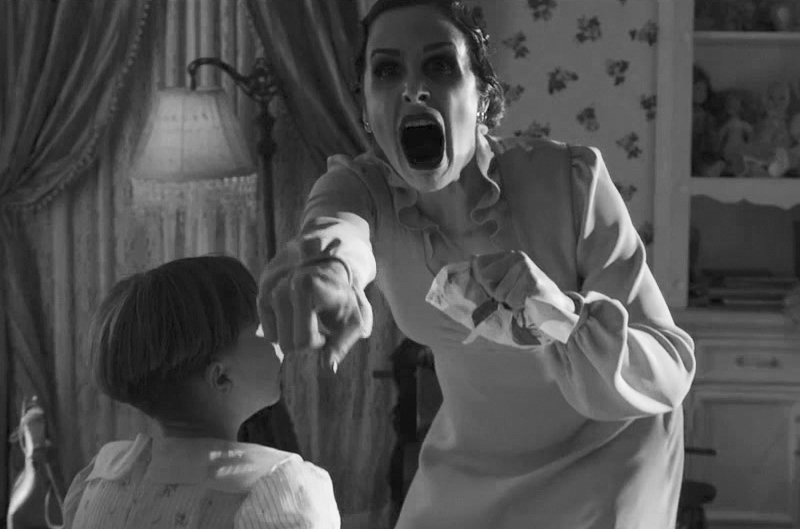 When FilmDistrict brought director James Wan (“Saw,” “Dead Silence”) on board for “Insidious” (2010), his prior work with visceral, stomach-churning gore inspired optimism among fans for a well-made possession movie to revitalize the horror genre. Though Wan didn’t deliver with “Insidious,” he did bring casual fans across America a good, albeit tame, thriller. This time around, Wan took “Insidious: Chapter 2” in an entirely new direction by filling it with suspense, controversy and — surprisingly — not a lot of gore.

The film begins with a brief flashback, as a young Josh Lambert (Patrick Wilson) and psychic Elise Rainier (Lin Shaye) struggle to expel the demons plaguing Josh at night. Shortly after, the movie moves to the present day, as Josh’s wife Renai (Rose Byrne) and her family deal with the fallout from the first film. Josh is plagued again by the horrors of his childhood, and Renai must stop the demons surrounding her husband while keeping the rest of her family at a distance.

The introduction clearly demonstrates a paradoxical element in “Insidious: Chapter 2.” The tone set by Elise’s encounter with Josh and his demons isn’t very scary, but the quality acting by Wilson and Shaye, and the innovative use of lighting and sound, keeps the viewer engaged. Wan improved on the slow, predictable scenes of the first “Insidious” with some fantastic use of dimmed lighting and edgy camera angles to raise suspense and stifle predictability. Additionally, the use of both pale and extremely dark makeup allows for macabre demons — a step up from the first film.

Another entrancing element of “Insidious: Chapter 2” is sound. Wan incorporates the use of baby monitors, mobile phones and shoddy video camera footage to transport the fans into a reality where paranormal events seem very possible. The sound is gritty, a far cry from the theatrics that made the first film a little comical.

The initial scenes in Josh’s home are dry and predictable, much like the first film. But as the movie drives on, a crucial change occurs that separates the second installment of “Insidious” from the first: There’s a sense of realism to the demons wandering the house. A violent interaction between Renai and a demon demonstrates a level of physicality usually unseen in horror. Wan’s demons aren’t fading, ghastly or feeble; instead of possession or soul-burning, Wan chooses a much more human — and brutal — altercation between the living and the dead. The sounds in this scene are as edgy and as fast as Wan’s portrayal of the relationship between humans and the paranormal: quick, unpredictable, and something that saves the movie from making the viewer yawn.

As the film unfolds, Wan’s affinity for controversy and ethical questions also emerges. The plot allows viewers to sympathize with the villains of the movie, much like Wan’s work in “Saw.” Viewers feel awful for the Lambert family and their friends being haunted, but the depiction of the misunderstood and dead Parker Crane (Tom Fitzpatrick) as a young boy evokes both anger and pity. There is no clear “good” and “evil” in the film, which adds greater depth to the story. The horror genre, and possession movies in particular, quite often lack characterization in those doing the killing or possessing. Wan has succeeded in breaking the mold a bit here.

Ultimately, horror fans hoped that “Insidious: Chapter 2” would revitalize some of the luster disappearing around the horror genre. Over-the-top gore fests like “Evil Dead” and the recent sequels to the original “Saw” have proven to be more humorous than terrifying, and moviegoers have been hungry for a film that is shot well, packed with talented actors and more innovation than chopped-off limbs and rolled-back eyes. “Insidious: Chapter 2” is a quality movie with decent acting and some refreshing uses of lighting and sound. It is thrilling enough to hold viewers off until a truly terrifying work of art comes around. The film won’t bring tears of joy to horror fans across America, but it’s worth seeing.