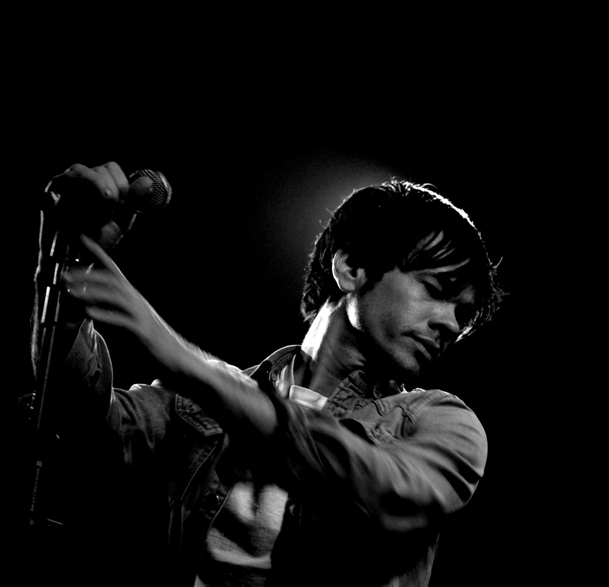 As a holiday, Halloween is unique. Though the way it is celebrated often evokes parties, candies, costumes and fun, Halloween’s dark origins are centered on scaring off demons –– the dark and frightening creatures and emotions that lurk in our minds. With this in mind, I am dedicating this week’s Away from the Sprawl to the theme of artists tapping into and disguising these demons through their music. By juxtaposing these anxieties with songs that don’t sound inherently dark, artists are able to help free listeners and themselves of these feelings.

The idea of disguising hidden pain in happy chords is not a recent phenomenon. In 1983, Tears for Fears released a song called “Mad World” that became one of their biggest hits. The song features upbeat synths accompanied by a drum machine, making the track a danceable tune. The lyrics, though, tell a different story. Singer Curt Smith says, “And I find it kind of funny / I find it kind of sad / The dreams in which I’m dying are the best I’ve ever had.” Using an upbeat tune is merely a guise to hide sadness over the sensibility of a pop song.

This type of juxtaposition can effectively leave the listener with mixed emotions on how to relate to the song: Am I supposed to dance to this? Reflect on this? Or something else entirely? The fact that songs such as “Mad World” can enter the consciousness of the pop world proves one of two things, if not both at once: Either those promoting the track know hidden social commentary will be received well among a pop audience, or the catchy beat will suffice and make some money anyway.

Whatever way an audience understands the tracks, the fact that so many of these songs emerge shows a deeper connection between audiences and artists that is rooted in an empathy for distress, used for parties as much as they are used as a form of cathartic relief and to dispell said demons. Though they vary in individual tone, songs like “Hey Ya,” by Outkast, “Fixin’” by Walk the Moon and even the undeniably poppy tone of “Some Nights” by fun. are all rooted in mental or situational distress. Throughout the hit, “Hey Ya,” Andre 3000 sings the bleakly honest lyrics, “So why you, why you / Why you, why you, why you are we so in denial / When we know we’re not happy here.”

The ability of these artists to take these situations and make them into accessible, three-minute pop anthems is part of what makes music great. As much as bands like Arcade Fire or Radiohead are amazing for the emotional depth and complexities of their songs, a song that feels simple but has greater meaning can often strike a note with general radio listeners. These tracks can also appeal to a younger demographic, opening the door to feeling a deeper, shared experience –– thereby freeing yourself of your demons, if only for the moment.