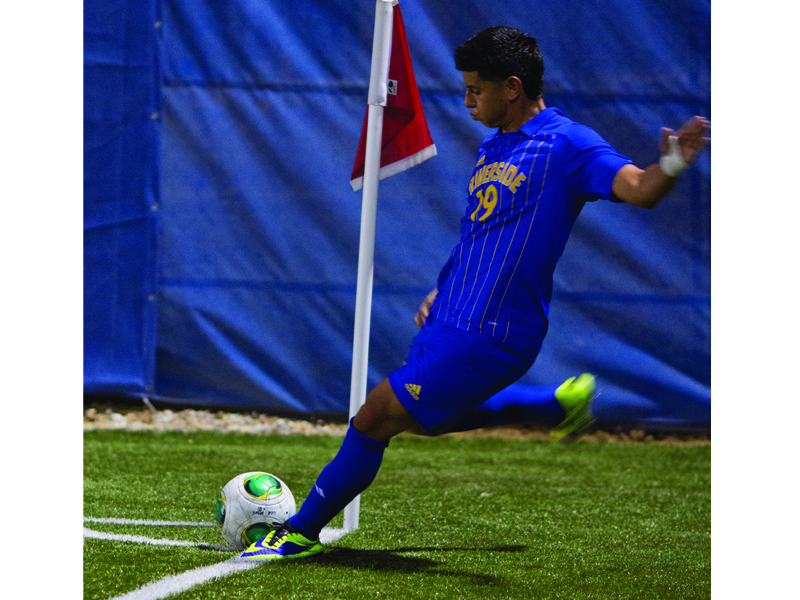 The losses continue to pile up for the UCR men’s soccer team, as a defeat at the hands of the UC Irvine Anteaters gave them their sixth loss in the last eight games.

Sloppy play by the Highlanders gave UCI their first goal of the game just five minutes into the first half. A turnover in the UCR defensive zone gave Alvarez Mitchell an easy opportunity, from which he capitalized 10 yards out. The rest of the half turned into a defensive battle, with both teams only registering two shots in the first period.

The battle on defense between the two teams continued into the second half, with the score remaining 1-0 well into the period. However, another miscue by the Highlanders in the 85th minute resulted in a penalty kick opportunity by Christopher Santana, who capitalized on the chance and ended any hope of a UCR comeback in the final minutes of the match.

UC Irvine outshot the Highlanders 10-4 in the second period, though only two of those shots were on target. Overall, less-than-efficient play by the Highlanders led to their demise, including a defensive blunder and penalty that led to both of the Anteater goals. The team was also unable to keep their emotions in check, racking up an astonishing five yellow cards with a red card to boot.

The loss drops UCR to seventh place in the Big West conference, putting them two games behind sixth-place UC Davis.

After dominating the Highlanders in shooting throughout the first half 7-2, Cal State Fullerton got on the board first in the 13th minute thanks to a Spencer Johnson free kick that found its way to the back of the net from the top of the UCR penalty box. Johnson’s goal was the first and only goal of the first half.

The Highlanders were able to turn the tables in the second half, taking exactly one minute and 47 seconds to tie up the game when Otis Earle and Richie Osborne found Tyler Miguel on a crosser for his first goal of the year.

UCR’s win improves their overall record to 7-6-3, and 2-4-1 in conference play. The Highlanders face a tall task ahead of them as they look to remain in the Big West conference hunt when they face the nationally-ranked Cal State Northridge Matadors on Saturday, Nov. 2.