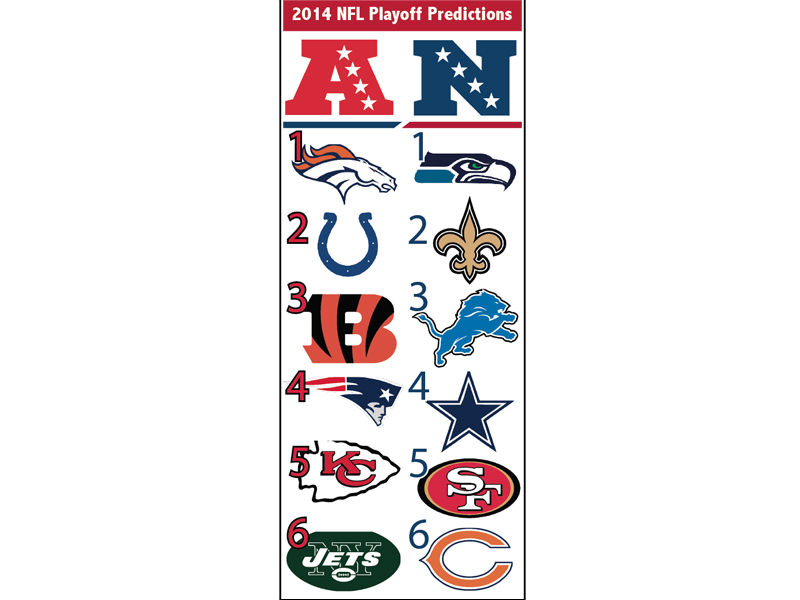 With the conclusion of Week 10, we are officially past the halfway point of a 2013 NFL season that has been filled with its share of surprises and memorable moments.

The New York Jets, who were thought to be a team in limbo with all their locker room issues in 2012, are in serious contention for a wild card spot in the AFC. The Atlanta Falcons and Houston Texans, two teams some thought would be going head-to-head for the Lombardi Trophy in February, are among the bottom of the barrel and look to have top-10 draft picks in May.

Who would have thought that the Kansas City Chiefs would go from having the worst record in football last season to being the sole undefeated team left in the NFL?

Yeah, me neither. However, those of you who say that a head coach makes little to no impact on a team can shut up now, as Andy Reid has turned what is essentially the same team from last season into a legitimate Super Bowl contender just as Jim Harbaugh did with the San Francisco 49ers in 2011. There are a couple teams in the NFL just begging for this treatment. Yeah, I’m pointing my finger at you, Tampa.

In fact, at the NFL Honors next year, coach Reid should be able to add, “two-time NFL Coach of the Year” to his resume. Short of the team having an absolute meltdown, any other coach receiving the award would be an absolute travesty.

Do the Jaguars being among the worst teams in the NFL at 1-8 surprise us? No, not really. Moving on.

With Aaron Rodgers being sidelined four to six weeks with a fractured collarbone, it’s easy to stick the fork in the Green Bay Packers, but let’s not be so rash. That argument may have held some substance last year with a nonexistent running game and a defense that gave away points by the truckload, but this year is different. With the emergence of Eddie Lacy in the backfield as a Rookie of the Year candidate and a revamped defense, this team doesn’t look to be a total train wreck with Seneca Wallace at the helm.

With the Detroit Lions (finally) and Chicago Bears emerging as contenders, an NFC North title may not be a realistic expectation for the Cheeseheads, but a wild card berth is still feasible. I don’t see it happening, however, in a highly competitive NFC that includes the likes of Carolina, San Francisco and Chicago competing for two playoff spots alongside the Packers.

Despite Tom Brady’s ineptitude throughout the first few games of the season in which he posted a sub-80.0 passer rating and some of the worst statistical totals of his career, that didn’t stop him from eviscerating a horrendous Pittsburgh Steelers defense last week to the tune of 432 passing yards and four touchdowns.

Being a team in salary cap hell to go along with bad drafts in recent years that couldn’t replace aging veterans, the Steelers have slipped into a rare period of irrelevance that the franchise hopes to snap out of before the window closes on franchise quarterback Ben Roethlisberger.

Oh, and what ever happened to those New York Giants, two years removed from a Lombardi Trophy? See above.

After a spending spree in the offseason that saw them claim some of the most coveted free agents, the Miami Dolphins hoped to challenge the incumbent New England Patriots for the AFC East crown. Instead, the Dolphins’ locker room is now a mess thanks to the allegations of bullying in the locker room by none other than Richie Incognito, who has been caught up in more than a few confrontations with players and coaches in his past. In fact, the Dolphins’ offensive line coach just recently quit his job. To say that this team is a disaster (just like every other football team in Florida) would be an understatement.

As MVP candidate Peyton Manning and the Denver Broncos continued their bulldozing of opponents with a record-setting pace on offense, Andrew Luck and the Indianapolis Colts finally put an end to the madness, handing the Broncos their first loss of the season, led by excellent play on a defense anchored by superstar pass rusher Robert Mathis.

You know who else has a great defense led by a star on the front-seven? None other than the undefeated Kansas City Chiefs and Justin Houston, who play the Broncos twice in the next four weeks. Those games might be worth watching.

Speaking of games, can any game this season beat the instant classic that took place between the Denver Broncos and Dallas Cowboys in the fourth week? Everything that transpired in those 60 minutes featured everything an NFL fan could ask for: a high scoring shootout between two star quarterbacks and their high-octane offenses, multiple lead changes and a trademarked game-ending Tony Romo interception™.

As the contenders and pretenders begin to separate themselves, the months of November and December serve as a measuring stick for who has what it takes to make a run in the fickle world of an NFL that epitomizes parity in modern-day sports. There are no big threes and no uncapped spending that only allows big-market teams to contend for a title, which is why we haven’t seen a repeat Super Bowl winner in eight years.

Only time will tell who makes it to the big dance at MetLife Stadium in February, but for now, check out our predictions on who makes the postseason this January.