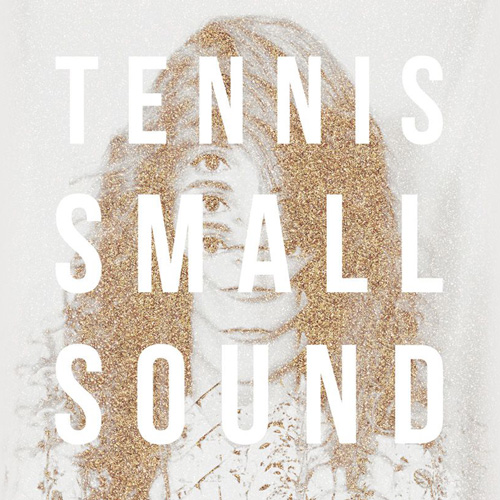 Tennis — composed of husband and wife duo Alaina Moore and Patrick Riley — has warmed indie-loving hearts with their unique vocals and knack for writing whimsical lyrics, all without the typical love-smitten angst of the genre. Their latest album, “Small Sound,” changes Moore and Riley’s lyrical mood from sweet and soft to sorrowful and hopeless. While that may seem cliche, the five-song EP’s saving grace is Moore’s unique voice, which drips with sweet emotion like honey — a refreshing change from an often male-dominated indie scene.

The album’s short set list presents a compact ride for listeners who pay attention to the story, beginning with “Mean Streets” and “Timothy.” The lyrics and keyboard combine to control descending moments of emotion, offering a unique look into the hopelessness of the mistress in the relationship. “Mean Streets” starts out somewhat inspirational — a little happy, even — with lyrics like, “You got to give it what you got,” and choppy combinations of keyboard and guitar work that sound joyful. The mood changes quickly, though the same lyrics are repeated frequently, through the use of prolonged breaks between deeper keyboard solos. The song descends into lower pitches that evoke a sense of pity for the woman looking from the outside.

This flows into “Timothy,” a literal and desperate cry for love, asking Timothy to “say something sweet to me.” Moore’s soft voice is a perfect fit for the melancholy nature of the lyrics. The song continues, definitively involving the listener in this ordeal by stating, “It’s wrong I know / But I can’t let it go.” This woman knows she’s doing something immoral, but she thinks her lover is too lovely to let go, engaging listeners by allowing them to understand the “other” woman’s feelings about the situation.

Riley and Moore then move into a brief interlude called “Cured of Youth,” which acts as a period of spiritual growth for the mistress. The line, “Don’t act so sure!” empowers listeners, letting them know that the woman has moved on. The drums are quick and strong, an inspirational switch from the first two songs. But abruptly, this dies out, as “Dimming Light” and “100 Lovers” both communicate an unending, sorrowful love with the forbidden fruit of a married man. Lyrics like, “Although you’re lying next to me / I know you’re not mine” from the penultimate chapter, and “100 loves will make you bold / 100 more will make you cold” from the final verse both harken back to “Timothy” — a definitive ending for the listener who understands that the relationship never really ends in the woman’s mind. There is no keyboard solo or final vocal note to communicate a positive ending for the woman. It’s circular, and perhaps more human.

Normally, such a departure from past work might ruin an underground indie band, but here, the near-whisper of Moore’s voice is just enough to keep it from being cliche, and Riley’s instrumental work is critical in keying the listener into the emotions of the songs. Ultimately, Tennis has successfully transformed their lyrics from whimsical and happy to heavy with emotional gravity.