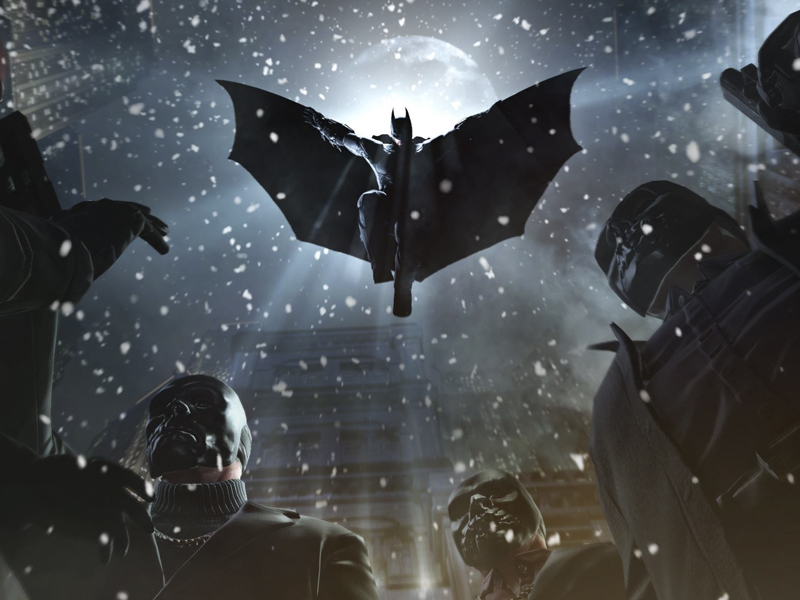 Buggy and repetitive, “Batman: Arkham Origins” — the third main entry of the popular Arkham video game series — fell short of its predecessors in almost every aspect. The story unfolds on Christmas Eve, when Black Mask puts a bounty on Batman’s head for $50 million, causing Batman to sacrifice more than just his Christmas dinner in order to stop them from killing him. The trailers and online videos showed promises of a Batman origin story. However, these hopes were dashed when the game took on a cliche twist of events which, for the most part, threw the player into a plot similar to the first game in this series.

Despite beginning with eight deadly assassins in pursuit of Batman, he never seems like he is ever in any danger. In descriptions and ads, Batman was supposed to encounter all eight of his foes, which raised the stakes against Batman pulling through the attack. However, the impending doom was lightened because not all of the assassins were featured in the main storyline, causing the game to lose the epic feel that was clearly exhibited in prior titles in this series. The story was simple, but the reveal of the plot twist happened too soon and lost its value — which made the hyped-up plot seem like nothing but an advertising scheme to sell the game.

The gameplay took strides in the right direction, with new gadgets and an interesting detective mode which simulates a crime scene from the data collected at the site, but it was ultimately unimpressive. Most of the gadgets were not something the player could easily use in battles, especially since the difficulty standard is at a much higher level than the series’ previous two titles. I played on normal mode and I was struggling to defeat common thugs who were not part of the story; an interesting contrast is the uninspired boss battles, which were so simplistic and straightforward to the point that it was no longer fun and thoughtful. The battles spoon-fed me the exact buttons to press at the right moment, and did not allow any freedom whatsoever in trying out new things. While this approach made watching the battles seem more cinematic, it ultimately did not work because it reduced the scenes to a robotic set of button-mashing. Much of my time was spent dying from the swarms of thugs who easily killed me, while the boss battles were over in one unsatisfying try.

The gameplay also suffered many reported glitches and bugs upon release that I believe are being slowly patched, but even after the most current patch, I experienced a glitch which rendered the game unplayable. As I was finishing a glide kick, I ended up stuck in between a wall, unable to do anything. After a minute of attempting to move or use gadgets, the only option was to reset the game.

The graphics are somewhat of an upgrade, but for the most part they are the same as its predecessors. That isn’t wholly bad because the Arkham series has always had great graphics. However, I am disappointed in the rendering of unimportant characters; when Batman speaks to them, you get close-ups of their faces, which plainly show not much time or effort was put into making them look realistic because mouth movements looked awkward and undetailed.

“Batman: Arkham Origins” proved to be a game that desired profit over fantastic content. The story did not deliver much of what was expected, and the plot twists were overdone. I felt like I already knew the outcome of the game after going through about 20 percent of the story –– and I turned out to be right. The title had much potential, but wasted it in an attempt to milk money out of the gamers and fans of this once-great video game series. I wouldn’t skip it if you are a fan of the Arkham series, but be cautious of the disappointing story. I would definitely wait for a price drop.