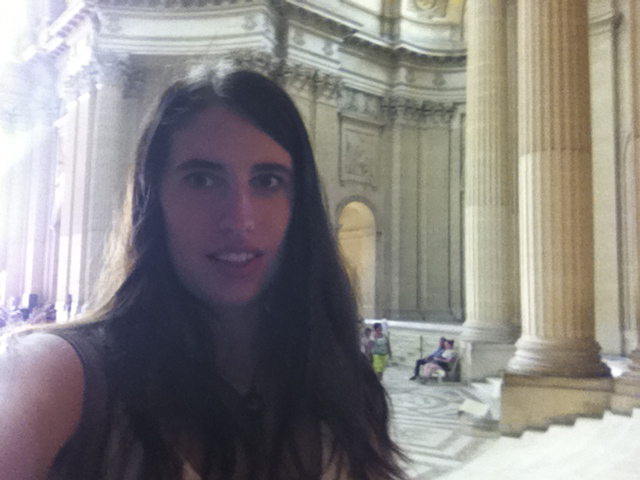 “I can look down on Paris and know why it is called the City of Light. It sparkles with lights and flowers. In the twelfth century Paris was not called that, and yet even then it was a city of light — the light of knowledge … It was a city of ideas, the place where everyone came to study,” reads “A Proud Taste for Scarlet and Miniver” by E.L. Konigsburg.

It was these words, read when I was about nine, that pressed me to seek out the city of Paris one day, and they have never seemed to completely leave me in eleven years. They are what compelled me to walk out of an airplane into the Charles de Gaulle airport knowing only one complete phrase in poorly pronounced French: “Ou est le taxi, s’il vous plait?” Yes, I could have (and probably should have) applied myself a bit more and learned a few more useful phrases besides “Where is the taxi, please?” before embarking on a journey into a foreign country. But I had decided that I wanted an adventure in a mysterious city I had only seen movies and read about and I got one.

I was enrolled in the UCEAP French language and culture program, which placed me in Paris proper for six to seven weeks, studying and living in the 11th arrondissement, very close to the Bastille. It was a short walk to the Seine and to the picturesque open air market called “Le Marche D’Aligre.” From the banks of the Seine, it also appears to be a rather brief walk to Notre Dame at the city’s heart.

Let me tell you from experience that it really isn’t. It’s also not a journey you should undertake on foot the day after you arrive when you are still suffering from a bad case of jetlag and have all of your shiny new textbooks in your backpack. You will suddenly find that you want to walk into Shakespeare and Co. because they have a couple fans running inside, not because it was a haunt of the Lost Generation.

That being said, Paris is a city that you want to walk around to truly explore and discover (just not while you are fatigued and carrying a heavy bag). Each arrondissement has its own character — and how else are you going to stumble across Moliere’s resting place, the hotel Oscar Wilde died in, the Moulin Rouge, the Lapin Agile which Picasso used to frequent and a museum where they have only one of Marie Antoinette’s shoes on display? Yes, a guidebook or Google Maps can direct you to all of these sites, but it takes away the sense of personal discovery when you have found this little spot all on your own, like you are some archeologist and it suddenly doesn’t matter anymore whether or not legions of other people have found what you have now unearthed. A guidebook takes away the sense of amazement when you carelessly glance out of a bus window in the rain and catch your breath when you realize that you are riding past the site of the guillotine during the French Revolution, or simply that a random street bears the namesake of an absurdist playwright you studied in high school.

It can be disconcerting and sometimes dangerous to travel alone, especially as a woman, especially as an American woman. I personally had a few escapades where I literally had to hit and run because someone would not leave me alone (although I was later assured by my French teacher that this was the appropriate response and many Parisian women would have done the same). But the city is beautiful. It does not smell nearly as bad as it used to, I am told. The Musee d’Orsay was everything it was promised to be. Evensong in Notre Dame was breathtaking.

I was never more proud of myself than when the employee at the checked baggage line at the airport asked in French where I was going and I said “Aux Etats-Unis” with such perfect use of la liaison that she then spoke to me in French for the rest of the encounter and I responded in kind, slightly stumbling now. And that rather perfectly describes my adventure abroad: slightly stumbling, my French at the level of a third-grader, but my feet finally accustomed to the uneven cobblestones and able to walk into a store and not be immediately picked out as an American.  I had my adventure abroad and it was my privilege to stumble through it.