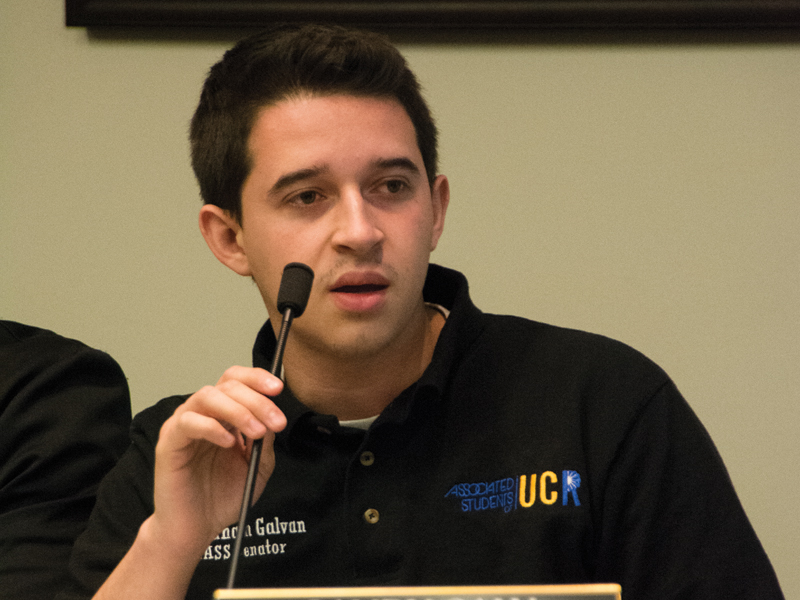 A group of ASUCR senators is working to bring representatives from various ethnic and gender programs together in a diversity council that supporters say would give the programs greater representation in ASUCR and enable them to work toward common goals more easily.

“The diversity council is really about working on things in solidarity with one another,” CHASS Senator Abraham Galvan said. “So maybe necessarily we won’t get all the issues of all the ethnic and gender programs solved, but we can focus on these bigger things … and all the ethnic and gender programs will work on it, or at least representatives from them, in an effort to really make a movement.”

Galvan described understaffing and a general lack of funding, in addition to the recently formed Middle Eastern Student Center (MESC)’s lack of space, as examples of problems the diversity council could work to solve.

“It’d be fantastic,” Saleh said, noting that it can be difficult for organizations to coordinate events together.

The idea for a diversity council originated last year, but never fully got off the ground and virtually disappeared when ASUCR failed to pass the resolution that would have established it.

The plan regained momentum last fall, when a group of senators floated an idea to change the name of Chicano Student Programs (CSP). Opposition surfaced shortly thereafter, and the proposal was withdrawn.

After that, a group of senators met with CSP to discuss future collaborations. “Basically, what we found out in that meeting was that there was a lot of things that we didn’t understand,” Galvan said, adding that the idea for the diversity council sprang up as a result of the meetings.

“The other ethnic and gender programs … found out that we were really having this connection with CSP and they expressed to the director of CSP … they really wanted to get this opportunity to speak to ASUCR and talk about their issues,” Galvan stated.

In addition to Galvan, the group of senators working to establish the council includes CHASS Senators Fernando Echeverria, Michael Ervin and Nafi Karim.

A bylaw to formally establish the council may be put forth by the end of winter quarter; in the interim, representatives from various diversity organizations are regularly meeting with ASUCR senators. There are currently no plans to seek a permanent physical space for the council, but Galvan said that that is a possible future goal.

In the meantime, discussion has centered on more immediate goals, including the possibility of passing a referendum to increase funding for the diversity programs.

“It’s just really about having solidarity between those offices and really being proactive,” Galvan said. “And I think for me, it’s about getting ASUCR really in tune with what the issues our ethnic and gender programs are having.”