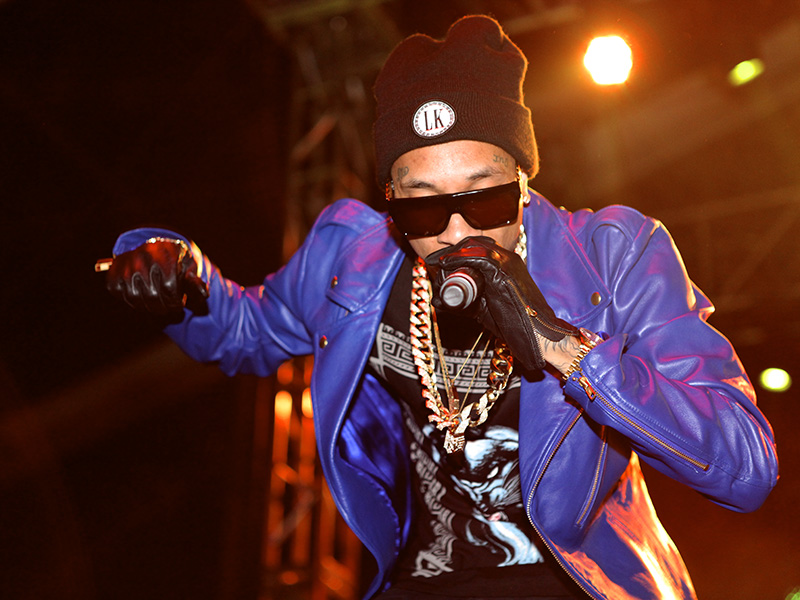 Crowds, bodies pressed together, loud bass, and the next rising artist is always the situation you meet when you enter a UC Riverside concert — the concerts, famously known to draw in a large crowd, increase in popularity annually.

UC Riverside is able provide to more than one concert throughout the year, including Block Party, HEAT, Winter Solstice and Spring Splash. While the Highlander Union Building (HUB) is responsible for HEAT, the Associated Students Programming Board (ASPB) is in charge of the rest of the large-scale concerts each quarter year and determine the artists, entertainment, food and aesthetics. Well-versed and knowledgeable in past entertainment venues, ASPB and the HUB have provided UC Riverside something to pride itself in.

Eager students wait in line each quarter after the lineup is released, which discloses artists from various genres. This quarter, UC Riverside experienced the same ordeal with individuals eager to get their hands on a HEAT ticket to see Childish Gambino, Ciara and more. Tickets sold out in less than a week and students have been posting on media sites to find leftover tickets. Some students who wanted to make an extra buck purchased non-student tickets and turned to UCR Craigslist on Facebook to sell and look for these precious pieces of paper to concert enthusiasts.

HEAT has increased in popularity over the span of seven years with the first concert in 2007 bringing in 7,000 people, 4,000 more than expected. HEAT is unique with this year’s two-stage display allowing for other artists to perform simultaneously, providing a different atmosphere with the same energy at each stage. HEAT provides an event that allows for students to discover various music genres as well as enjoy light shows throughout the performance.

The HEAT concert, which is designed by the HUB, will be standing alone without the UCR Homecoming events that have been customarily strung together. However, this hasn’t changed the attraction of the event; rather it will provide fewer conflicts with UCR athletics and will enable better parking.

When it comes to UC Riverside’s concerts, they have been a model for other universities. According to Vicky Garza, Student Affairs Officer, other universities have contacted UC Riverside about the concerts the HUB throws. Recently, the University of Nevada, Reno contacted the HUB, trying to get ideas for a similar concert they wanted to provide to their students as well. Director of Concerts of ASPB Jared Mitchell also discloses that universities have requested that ASPB work at their concerts as well.

Student involvement is key when it comes to UC Riverside concerts. For HEAT, a student board works with coordinators to plan and execute the event while also sending out online questionnaires and paper surveys to students, asking them what music they prefer. Last year, HEAT featured well-known artists such as Porter Robertson, Tyga and AWOLNATION. The HUB has done well in their set-up with performances. Garza hears quite often that students from other UCs claim they’re envious of the names the HUB gets for HEAT.

The concerts hosted by ASPB have a similar way with their decisions on who performs. Jared Mitchell states, “Oftentimes people are focused on getting the biggest name possible and they don’t always consider who will be the biggest name.” In the past, ASPB has featured artists who were rising when they performed here in Riverside, such as Kid Cudi, Miguel and Kendrick Lamar after he released his album Section.80, as well as Big Sean.

Mitchell explains that the concert directors who design the concerts begin planning for the upcoming concerts when hired in June. With this, they need to be strategic with who they choose: “If you are booking someone who is hot at the moment they might not be so good later.” ASPB focuses on choosing artists off of their shows and talent to book for success. This has benefitted UC Riverside in that many artists who perform here take off shortly afterward.

Disappointingly, a common perception of UC Riverside is the idea that our university lacks college life that other universities claim to have. It is difficult when 70 percent of the student population are commuters because students are mostly attending classes and then heading back home. But the concerts at UC RIverside have given students a reason to come back to the university and experience the college life through music entertainment.

The Barn is UC Riverside’s most historic music venue from the 1960s and has been making a comeback since it has turned into a dining arena in the 90s. In the past it has featured artists such as Suicidal Tendencies, Blink 182, Rage Against the Machine, No Doubt and Radiohead. Recently the Barn has been brought in bigger-named artists for their Wednesday night shows such as of Montreal. However, the fact that the Barn has been able to pull at least some moderately popular artists for its Wednesday night concert series also adds an element of community to the Riverside concert scene, bringing students together to see a multitude of genres. It’s great that the Barn is drawing up talent because it will benefit UC Riverside’s campus by providing a nightlife on campus.

UC Riverside has set the bar when it comes to university concerts in that they provide a diverse set of genres to the university community drawing in other individuals outside of the college realm as well. The entertainment provided is so well done that the fact that all concert fees are included in our tuition makes it that much better.

The concerts are great aspect of UC Riverside — a known commuter school — in that they really pull the community together, providing entertainment and the college environment. ASPB, the HUB, the Barn and more places on campus understand what brings university students together and this may be the starting point for creating more student involvement in campus life. UC Riverside has a way with entertainment and is seen as the model for university concerts as well as creating the college atmosphere through music and entertainment.

The national anthem has no place in pre-game traditions

Californian homeless relief is better off without government assistance

Children need to learn the dark side of American history too