Highlander
Home Radar Away From the Sprawl Away from the Sprawl: Great concerts bring out the best in artists,... 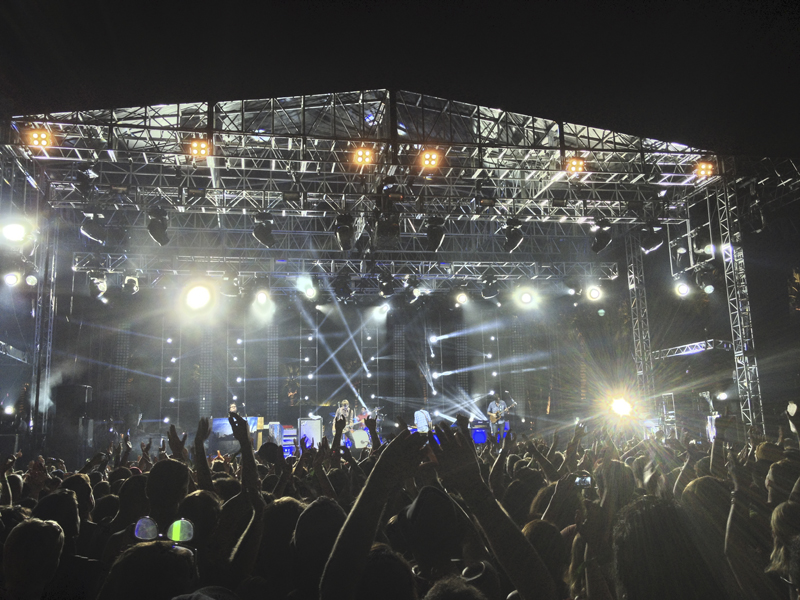 I sat waiting at my computer for 40 minutes. Forty freaking minutes, desperately hoping that I wouldn’t click the “purchase” button 30 seconds too late, resulting in the stampede of thousands of other online ticket buyers beating me to the punch. Just as I was giving up hope, an order page reading “Purchase tickets for Coachella Weekend 2” displayed on my screen. I quickly entered my information and received my confirmation email shortly afterward, triumphant.

But this entire process brings up one question: Why would anyone wait that long and put in that much dedication just for concert tickets? The answer is not inherently simple.

Concerts, and live performances in general, have been happening for hundreds of years. Before the invention of recorded sound, the only way to possibly hear the melodious sounds of your favorite instruments played by your favorite people was to see them in the flesh. As time progressed, the act of listening to music in a solitary manner became easier — from the first 12-inch 78 vinyl records, to cassette tapes, CDs, phones and MP3 players. In spite of all of this, millions of fans every year still flock to see their favorite artists or bands — even stars who lip-sync most of their lyrics often attract crowds in swarms to their shows (usually because their accompanying dance moves or visuals are that good).

Though the answer to what makes a great show varies from person to person, a good concert often delivers an emotional resonance that can leave an attendee thinking about it for days, months or even years after. A great show is not about having every note played perfectly, or replicating the exact sound of the artist’s recorded material — it’s about experiencing a collective passion with those around you, and the artist. Some bands whose records I truly love cannot — or refuse to — emote the feelings on their recorded material during their shows.

A band that just stands and plays its songs without hardly moving or talking to the audience often results in some of the worst shows, and just because you are a successful recording artist does not necessarily translate to a great live show. The same applies vice-versa: Artists who may have average-to-good recorded material can elevate their status by emotionally connecting with their audience and showing their passion.

Whether that is through jumping around on stage, chatting with the audience, walking into the audience or showing their emotions through their faces while singing, a band can truly build a large following just through great interaction at live shows. Though it can certainly help, confetti and fancy lighting are not necessary — a simple, passionate sing-along can make somebody’s night or year, and be a life-changing experience.

As I look forward to being greeted by the beautiful blue skies, sunsets and smells of Indio, my answer to the question of what makes a good concert is this: The feeling of being pushed up against a thousand other sweaty people who love the same thing as you, and moving and moshing in time as the band members wear their hearts on their instruments. It’s nearly indescribable. For a moment, you’re in a bubble where no one can get you — all of society’s pressures and fears and problems drop away. Strangers become your best friends, romances blossom and fear fades away as life’s passion sweeps you up for one night, or even just a couple hours.

And while you, the band and your friends sing your hearts out with your hoarse voices echoing loudly off the rooftops or deep blue night skies, the reverberations transform an ordinarily vacant place into something extraordinary.