“Hey, did you see that GIF of that cat dunking on Reddit?”

Here at the Highlander office, the editorial board is currently at civil war. Ever since GIFs have made a triumphant return due to the social media boom, the long-running debate over the accurate pronunciation of GIF has yet again returned. Is it pronounced with a hard or soft “g?” I believe that it is pronounced with a soft “g” — it’s a soft “g,” gosh darnit.

The GIF format was originally created by Steve Wilhite and CompuServe in 1987 to present a graphic of weather patterns. The GIF format, much like everything in a computer, was created by a programmer. Programmers are well known for substituting their meals with quick snacks. Seeing that peanut butter is a vital programmer delicacy, GIF is simply a reference to the peanut butter brand (this article is brought to you by Jif peanut butter). It pays homage to the blood and sweat that Wilhite and CompuServe have put into this. It represents countless hours of coding and with a project such as this, it is hard not to have an inside joke that recognizes hungry hard-working programmers everywhere.

Some may argue that the “g” in GIF stands for graphics and therefore will pronounce the file type with a hard “g.” The word “GIF” is definitely the type of word that would be read before it is spoken, so people will continue to interpret the word on their own despite the fact that it’s just not right. GIF is pronounced “jif” much like gin, giraffe, giant, gentrification, gel, gibberish and Gillette (this article is also brought to you by Gillette men’s razors). The pronunciation of “g” depends upon the letter following it. Generally, the soft “g” is pronounced if the letters “i,” “e” or “y” are right after. The English language is a weird one; there are countless grammatical curveballs and the pronunciation of GIF is simply another wacky word.

On May 21, 2013, Wilhite was awarded a lifetime achievement award at the Webby Awards for creating the GIF format. During his acceptance speech, he flashed a GIF on the projector reading, “It’s pronounced ‘JIF,’ not ‘GIF.’” Additionally, CompuServe, the Internet company responsible for creating the GIF file type, distributed a graphics display program called “CompuShow.” Inside the program was a GIF of the developer, Bob Berry. Hidden beneath the code of his GIF was a single comment line stating, “Oh, incidentally, it’s pronounced ‘JIF.’” Included in the same program was a FAQ section describing what exactly a GIF was: “The GIF (Graphics Interchange Format) pronounced ‘JIF,’ was designed by CompuServe and the official specification released in June of 1987.”

There you have it: the ultimate trump card. And with that, I command you to be free! Free from the oppression of the false pronunciation! You shall know it by the sound. Do not believe the lies that come from its mouth. This war is brutal. No one knows when it will end. 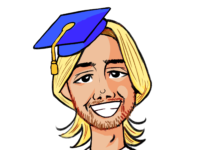 Online commencement should be kept serious 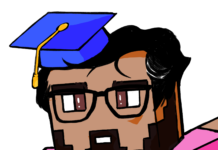 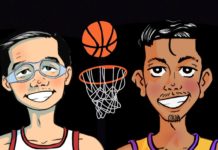 Highlander Write-Off: Who is the greatest basketball player of all time?