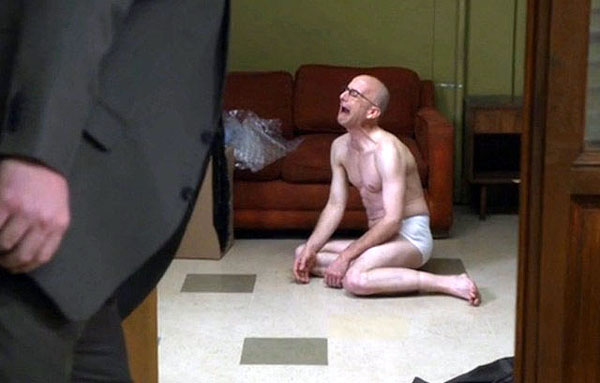 It’s interesting to me that in a season with only 13 episodes, “Community” would choose to use two of them as the finale. While the premiere was also an hour long, those episodes weren’t held together by anything other than the night they aired. But by making the season finale a two-parter, the “Community” creative team essentially gave themselves only 12 episodes to work with.

And that can work. There are plenty of television shows with 13-episode seasons or shorter, and while most “Community” fans would rather we never speak of season four again, it had 13 episodes.

The problem with a short season like this for “Community” – and it’s what I’ve been saying all along – is that it makes it hard to combine the things that “Community” is known best for. There have to be high concept episodes, of course, because those are supposedly the big draw, but to be “Community,” there also have to be emotional moments.

Looking back on the season, I remember some emotional moments – mostly Troy saying goodbye – but there aren’t many of them in a sea of high concept. It’s not bad. The high concept episodes of “Community” are good, but it’s not what I expected either.

But what does that have to do with the latest episode – part one of the season finale – “Basic Story”?

“Basic Story” isn’t a high concept episode. It’s an episode that follows the Save Greendale Committee around the school. In essence, it’s the continuation of the first two episodes of the season. And it’s an enjoyable continuation, but it’s almost as if everything in between didn’t matter, which is never what you want to say about a show.

“Basic Story” picks up with the Save Greendale Committee having essentially accomplished all the tasks they wanted to get done in order to save the school. I’ll assume that most of these tasks happened in the additional nine episodes we would have had in a full season order. With everything done, the committee enjoys the moment – ignoring each other and playing games on their phones for half an hour.

But of course, we’re expecting it to be the calm before the storm, so it’s not a surprise when the wind picks up. Some members of the school board announce that there’s going to be an insurance assessment.

So, when Greendale got a good assessment and the school board members immediately sold it to Subway, I wasn’t surprised at all. The Save Greendale Committee was, but there was apparently nothing they could do and the school closed.

In the meantime, the calm that getting things done brought has caused Abed (Danny Pudi) to go off the rails a bit. He can’t handle not having a story, a wild and crazy thing that’s happening at Greendale. If you want to read into it, you can use this plotline as a means of looking at “Community” as a show.

What happens when a show runs out of story and closes down? I’m not saying “Community” is used up, but it can’t be denied that it was forced to close down, even if temporarily. And it’s possible – hopefully not – but possible that it will have to close down for good.

“Basic Story” looks at two ways of handling this – one, you can go off the rails with Abed, Annie and the Dean. They are so intent on getting the school back that they’re willing to believe in a buried treasure. (On “Community,” it’s entirely possible there is a buried treasure, but we’ll find that out next episode.)

Or two, you can do what Jeff and Britta do – decide to get married to make the time they’ve spent at Greendale worth it. I know that there is probably a split in the fandom over whether this plotline is a good one or not, but I liked how the writers tied it back into the fact that Jeff only joined the study group way back in season one in order to have sex with Britta. If anything, it shows us how far Jeff – and “Community” as a show have come.

It’s hard to say how effective these plotlines are, however, since they’re just getting started. I’m hoping for a treasure hunt in the finale – “Basic Sandwich” – but I also don’t think “Community” needs to rely on gimmicks.

I’m hopeful about the episode next week. “Basic Story” did a good job of setting up plotlines that I’m interested in, and I want to see how they play out. See you next week for the second part of the season finale.