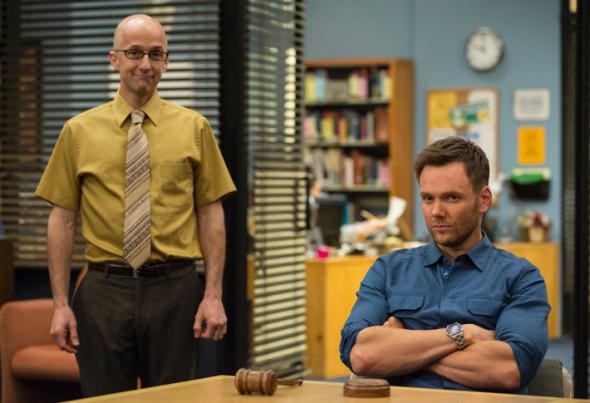 It is entirely possible that “Basic Sandwich” will be the last ever episode of “Community,” and on some level, I think I’m okay with that.

“Basic Sandwich” isn’t really a great episode — for reasons we’ll get to in a second — but I don’t think I ever expected it to be. This season of “Community” has had to endure cast shake-ups, new writing direction and a shortened season. In light of all these complications, the show performed admirably, but it’s also no longer the “Community” that I’m used to seeing.

“Basic Sandwich,” of course, picks up where “Basic Story” left off: the treasure hunt. After all the talk about going on a big adventure last week, I was disappointed when there barely was a treasure hunt. That concept was dispatched in the first 10 minutes when Abed found a trapdoor in the cafeteria.

Since Abed and Annie’s willingness to see signs in everything (the Xs on the former school mascot’s bottle of liquor as a clue, for instance) was so funny and clearly wrong, I wanted it to continue. But at least we got a “National Treasure” reference — the secret trapdoor leads to a dead end, where the group finds another secret door — because in a season with a plotline about whether Nicholas Cage is good or bad, there had to be a “National Treasure” reference in the episode about buried treasure.

The centerpiece of the episode comes when the group — Jeff, Britta, Abed, Annie and the Dean — find the buried treasure they’re looking for. Apparently, there’s a computer lab under Greendale, built by the school’s founder, with computers that have gold wiring. Of course, under the school, the group also discovers Greendale’s founder: Russell Borchert (Chris Elliott).

The fact that Greendale’s founder has been living under the school for years wasn’t exactly a surprise. Nor is it revolutionary that Borchert just happens to still have a deed for Greendale, ending Subway’s right to the school. But at the very least, this reveal moves the episode into its final moments. If “Basic Sandwich” dragged in its middle section, the episode is back to rights at the end when everyone celebrates saving the school by dancing. Also of note, Jeff and Britta are no longer getting married.

After so many years, it’s fun to see the Greendale team win, particularly in what may be their final hour, and if everyone happy and smiling is the last of the study group we ever see, it’s as good an image as any to end on.

So, there we have the last of “Community” season five — one season away from fulfilling the “six seasons and a movie” promise. While it would be nice to get those six seasons, if only for that reason, I have to wonder what a sixth season of this show would look like.

Some reason would have to be cooked up for the study group to remain at Greendale, even if Jeff is still ostensibly a teacher, and we still wouldn’t have Troy and Pierce. It’s possible that Hickey and Duncan could stick around, but with John Oliver’s new show, it might not happen.

In addition, season six would more than likely be yet another 13-episode season, and for all the meta references and high concept plots that “Community” does so well, it’s hard to see where the heart of the show lies in season five. What do we do now that we’ve saved Greendale? Is there anything left to be done?

Of course, in “Basic Sandwich,” Abed says, “We’ll definitely be back next year. If not, it’ll be because an asteroid has destroyed all human civilization.” And if there’s one thing Abed knows, it’s television.

So, six seasons and a movie?