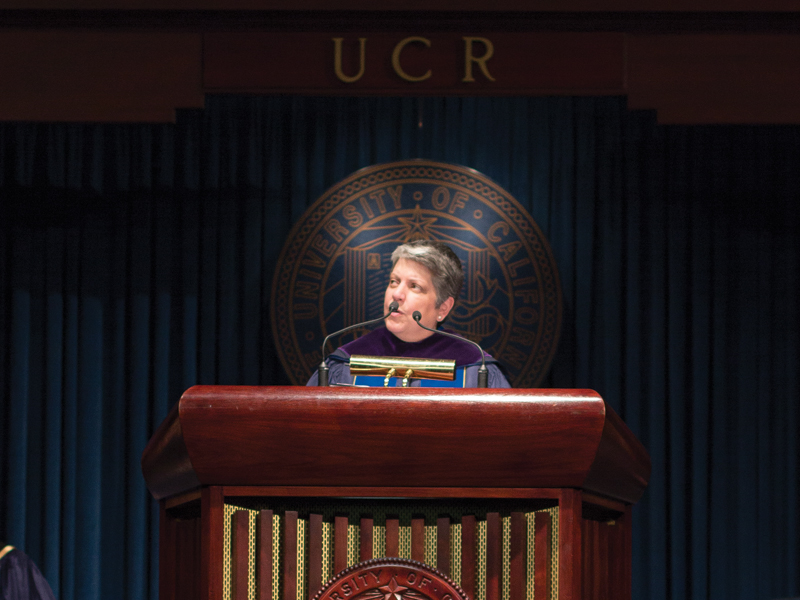 Last week’s UC regents meeting in Sacramento featured the presentation of a report examining improvements to the California community college-UC transfer pathway and the introduction of a focus group that will address issues of sexual harassment on all 10 campuses. Over 60 students, alumni and professors also protested at the regents meeting, demanding that the regents sell off the investments in fossil fuel companies from the UC’s $7.7 billion endowment fund.

In a report released on Wednesday May 14, the UC Office of the President proposed improving counseling services and programs at the community college level to make the transfer application process easier and reduce confusion that students face in determining which courses are required for admission.

One-third of the students — about 15,000 students per year — transfer into the UC system. However, half of all transfer students come from less than 20 percent of the 112 community colleges across the state.

Officials said they are aiming to pay special attention to 30 community colleges that send the fewest students to the UC. They will try to garner admission from schools in the far northern regions of California, the Central Valley and in the Inland Empire.

“Transfer students are an important part of UC’s strength as an engine of social mobility for our state,” said UC President Janet Napolitano. “Put simply, if we are serving transfers well, then we are serving the state well.”

5,330 out of the 8,188 transfer students who applied to UCR in fall 2013 were admitted — a rate of 65 percent — with an overwhelming majority of 95 percent who came from California community colleges.

Some of the recommendations highlighted in the report are: developing a targeted system of reaching out to prospective transfer students to let them know that the UC is attainable and affordable; establishing a “CCC to UC Pipeline Initiative” in partnership with 30 community colleges that do not send large numbers of students to UC; providing each new transfer student with a “Transfer Success Kit,” to include such elements as guaranteed housing, earlier transfer credit evaluations, orientation and mentoring; and developing transfer-oriented curriculum pathways that clearly map courses students need to be eligible to transfer into their desired major.

UC Regent Bonnie Reiss made a request during last week’s regents meeting to create a new focus group which will aim to address sexual assault cases around the UC system.

Reiss questioned whether there is enough being done at the 10 UC campuses to communicate to the student body that there is a zero-tolerance policy when it comes to crimes of sexual assault. The U.S. Department of Education released a list earlier this month of higher education institutions containing open sexual violence investigations that potentially failed to meet Title IX. This is a federal law that prohibits sex-based discrimination in campuses that receive federal funding. UC Berkeley, along with 54 other college campuses across the nation, landed on the list and is facing an ongoing state audit of its sexual assault policies.

“I want every chancellor, on every campus — I want to see their action plan,” Reiss told San Jose Mercury News.

According to a recent report from a White House task force, about one in five college women are victims of attempted sexual assault or sexual assault. Napolitano informed the regents that she will make it a priority to provide better training to victims advocates and make sure offenders are held responsible for their actions.

“I think students are playing a key role to educate us and each other on this issue,” said Napolitano.

Since January, Fossil Free UC, a group that compiles members of organizations from eight UC campuses, has met with regents to discuss the implementation of a task force that will investigate the feasibility of fossil fuel divestment.

Last week’s announcement from Stanford University declaring they would sell off their investments in coal-mining companies (with the exception of natural gas and oil) prompted Fossil Free UC members to demand more from the UC.

During the meeting, Fossil Free UC members were granted 10 minutes to speak during public comment but seemed unsatisfied with the time appropriated and disrupted the meeting several times by chanting slogans such as “invest in education, not climate change.”

“It’s important to bring forth why we are doing this,” said Ophir Bruck, a student organizer with Fossil Free UC. “It’s about our future. Climate change is the most serious issue that our generation has to deal with. It makes no sense that our university is invested in the destruction of our future, rather they should be investing in fulfilling our future.”

Aligning with the fossil fuel initiative, the ASUCR senate also passed a resolution urging the UCOP endowment fund to divest from the top 200 fossil fuel companies in the same week.

The students of Fossil Free UC have secured a meeting with Chief Investment Officer Jagdeep Singh Bachher and Executive Vice President of Business Operations Nathan Brostrom at the UC Office of the President on May 21 to discuss the formation of a UC Task Force on Sustainable Investing.