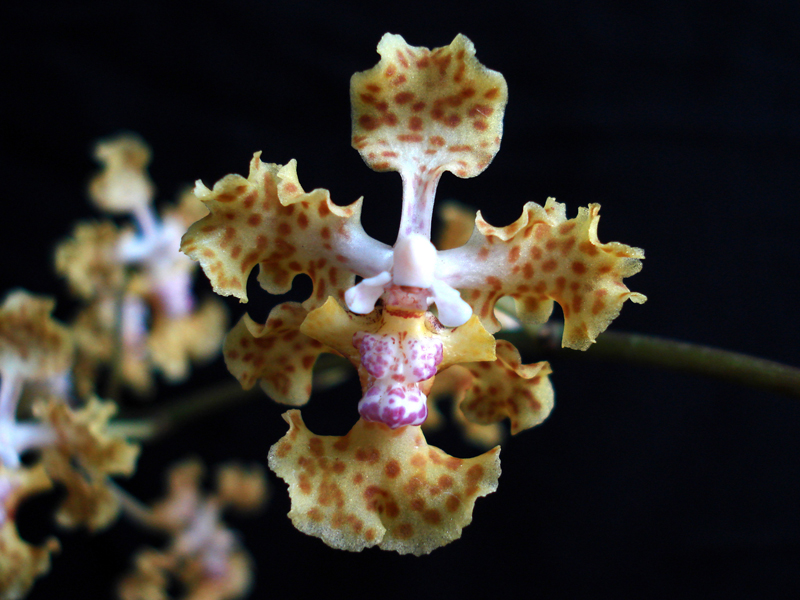 A new species of orchid was discovered by UCR postdoctoral scholar Katia Silvera while she was on a field trip with her father, Gaspara Silvera, in the mountainous regions of central Panama back in 2006.

“My family has always worked with orchids, which is where my love for botany was rooted from,” Silvera explained. “It was very exciting when (me and my father) stumbled upon an orchid we had never seen before.”

The species was named Lophiaris silverarum by German Carnevali, a known Orchidaceae specialist and director of the Natural Resources Department at the Scientific Center of Yucatan in Mexico. Lophiaris is the genus name of about 40 other worldwide species of orchids known today, while silverarum, the Latin plural conjugation of Silvera, is an ode to the duo that discovered the orchid themselves.

Before the orchid was officially recognized within the international community, the plant had to undergo an extensive and intricate process to determine whether or not it was considered a new species, according to Silvera.

“Although the orchid was somewhat similar to two other species (the Lophiaris crispiflora and Lophiaris carthagenensis) it did not have an exact match,” explained Silvera.

Silvera explained further that through DNA comparison and comparative morphology with other orchids, it was determined that the orchid was, in fact, a new discovery. The orchid’s unique features include larger butter-yellow flowers with many loosely arranged, reddish-brown spots.

The orchid family, or Orchidaceae, is known to contain one the largest number of plant species in the world. Orchids have one other interesting characteristic about them: The male stamen and female pistil reproductive parts are fused together through cross-reproduction and hybridization, creating a vast amount of new hybrid species.

Since the orchid family is extremely diverse, new species are being discovered every year. The United States holds around 200 species and Panama around 1,100 known species. Altogether worldwide the number of orchid species has reached up to about 30,000 and counting.
UCR’s very own botanical gardens is home to some of these species as well, such as the Epidendrum hybrid, or Reed-stemmed Epidendrum, and the Phalaenopsis hybrid, also known as the Moth Orchid.

“I didn’t even know that there were so many different species of orchids,” said Aizel Cabanatan, a fourth-year anthropology undergraduate at UCR. “It’s good to know though that our flowering plant population is constantly growing. Flowers make our world a more colorful place to live in.”

Another UCR student, third-year biochemistry major Lorraine Horwitz expressed, “Discovering a new species of plant in general is already an incredible accomplishment, but having the actual founder in our very own university is pretty amazing.”

The Lophiaris silverarum species is currently believed to be native to central Panama and blooms only once a year around November. Many orchid (and plant species) only bloom once a year and that pattern can be quite common. Silvera says that a number of pollinators around that particular month may contribute to the blooming of the orchid. The Silvera family also owns an orchid farm in Panama where different orchid species are bred.

In order to propagate, or spread the orchid species to other areas, specifically for commercial purposes, Silvera and her father have started an in vitro breeding process, in which a small amount of the plant’s tissue is extracted and then fertilized artificially.

“It takes many years to breed any plant species, but I’m happy that people are aware of the orchid species in general,” said Silvera.

Silvera attended the University of Panama for her undergraduate education, specializing in botany and researched with the Smithsonian Tropical Research Institute in Panama (STRI). Currently still collaborating with the STRI, Silvera continues to work within the UCR labs, specifically by studying the genetics of the photosynthetic process of orchids.