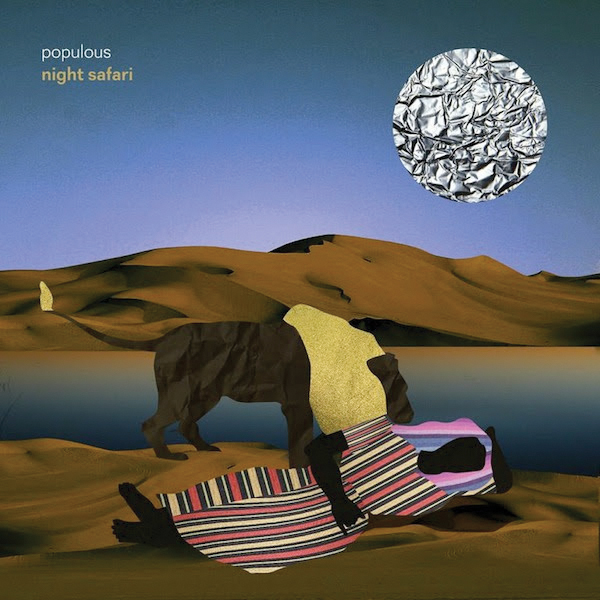 As a music lover who has listened to an endless array of albums, I frequently come across music that is fun to listen to. However, less frequently are those moments when I find an album that reminds me why I love listening to music in the first place. They allow me to realize how much I love listening to music that not only sounds amazing and has emotion, but also tells a story. The album “Night Safari” by Populous, otherwise known as Andrea Mangia, is just that. This album not only delivers some breathtaking tracks, but each one has its own backstory that connects to the album’s overall attempt to allow listeners to experience the foreign and exotic sounds of the world.

“Night Safari” takes listeners on a pop-synth journey around the world which includes field-recorded samples throughout the album that make this musical adventure feel authentic. That’s right: This album is the result of an actual journey to the most remote corners of the world during which Populous recorded all kinds of sounds heard across the world and incorporated them into his music. Just waiting to be heard in this album are sounds ranging from ritualistic cries to harmonious howls of wild animals in their natural domain. Each one of these samples are then mixed in with eccentric electronic beats and rhythms provided by Populous. The combination is a splendid one, and will take you on a journey across the world while giving the familiar sounds of planet Earth a foreign and otherworldly feel. This makes “Night Safari” stand out as an album and can only really be described as an experimental, electronic-based album that adds fresh elements to the standard classifications of the genres.

Track after track, this album delivers music that is danceable, thoughtful and reflective at the same time. Each track is an epic adventure on its own, starting with the opener, “Himalaya Reel To Reel.” Right from the start, listeners will feel like they are actually trekking across the Himalayas, all while striding along the pulsating electronic beats and riffs. From there, listeners will be transported to a tranquil black sand beach with the track “Dead Sea” as well as a jungle safari in the album-titled track “Night Safari.” The variety of sound on the album is remarkable and provides listeners with numerous musical experiences.

Not only does Populous deliver extraordinary music on his own, the album also has a number of featured artists such as Clap! Clap!, Lokoi and DJ Khalab. Most notably, the song “Fall,” featuring the vocals of Japanese singer Cuushe, provides one of the most memorable collaborations on the album. Cuushe provides high-pitched vocals that are eerie yet soft, beautiful and entrancing to a level where you will undoubtedly be abusing the repeat button until your finger goes numb. “Fall” is unquestionably the headlining track of the entire album. However, this does nothing to diminish the undeniable quality of many other noteworthy tracks. Songs such as “Honey (feat. Lokoi)” and “Brasilia (feat. Giorgio Tuma)” also contain brilliant vocal performances that add an incredible amount of depth to the songs. In many ways, these vocal performances help give listeners a visual experience while listening to this album.

“Night Safari” truly is an album that evokes a much stronger sense of imagery than most other albums, and by doing so creates a journey just waiting to be lived out by the listener. Although it has been six years since Populous’ last full-length release, it has been well worth the wait. It seems all that time spent gathering field samples and exotic sounds has proven to be a successful way of bringing a new form of music to any eager listener.