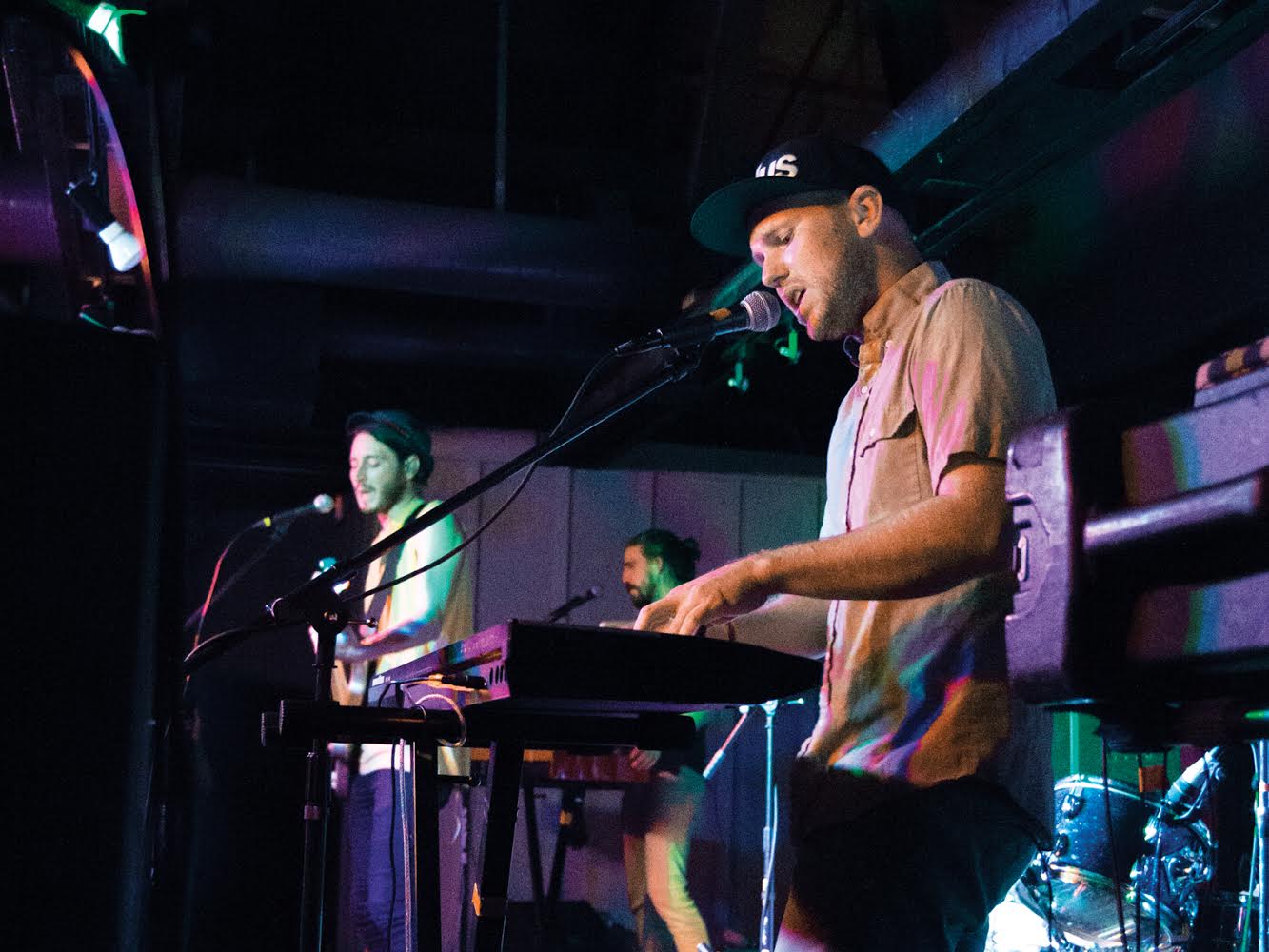 What do you get when you cross a grungy, sometimes verging on punk-ish band and electronic indie-pop band in one venue to play back-to-back? A pretty good show, apparently. Genre differences aside, Son of Cecil and Wildcat! Wildcat! brought their A-games to a sparsely populated but enjoyable crowd at the Barn last Wednesday night.

Opening up the night was Son of Cecil. Lead singer Brian Edwards, who grew up in the Inland Empire and used to go to shows at the old Showcase Theatre in Corona, led the three-piece through an assortment of lively chugging guitar songs. The band felt slightly reminiscent of blue album-era Weezer, with great heavy guitar melodies accompanied by lyrics that ranged from funny (“Everything’s just peachy keen / I got a hamster”) to extremely heavy (“Let’s get a divorce / Let’s get a divorce”). Though Edwards’ appeals to the crowd couldn’t get them as excited as he wished, the band still put on a fantastic show, with their manic energy and deep melancholy wonderfully bringing in different sides of human emotion. Tossing out free T-shirts to the crowd at the end of their set capped off a great performance.

The crowd swelled slightly as Wildcat! Wildcat! prepared to take the stage. One diehard fan, Phillip Mulholland, actually had gone to another Wildcat! Wildcat! concert the day before at the El Rey Theatre and was making the trip from Cal Poly Pomona just to catch another show. By the time the indie band took the stage, the crowd was finally ready to dance at least a little more, and with their sometimes eerie, always infectious synths, Wildcat! Wildcat! showed they were amply prepared to give the crowd a good time. Even as the band started out with some of their more mid-tempo songs, they were entrancing as their electronic sounds and beats filled the rustic venue.

As the set progressed, the band brought their more upbeat tunes out and got the crowd dancing and bobbing their heads a bit. One of the surprise highlights of the set was an unexpected cover of Paula Abdul’s “Straight Up.” They easily turned the top 40 tune into a haunting, yet upbeat and still-danceable electronic indie song, with lead singer Jesse Wilson’s voice carried earnest emotionality over the song’s simple lyrics. As the band was nearing the end of their set and encouraging fans to meet them at the merch table, keyboardist Jesse Carmichael added, “Playing shows is cool, but meeting you guys is even cooler.”

And that’s the kind of night it was. Though the crowd was small and the bands mismatched in terms of sound, the great performances of both bands and friendliness of the crowd made it an intimate night worth remembering. It’s not always the gigantic shows and big spectacles worth remembering — sometimes it’s a low-key night like this, chilling with your friends and the band you just saw perform after a fun show, and knowing you enjoyed yourself and the opportunity you had to connect with friends and possibly make new ones.

Contributions to this article made by Steven Suh.